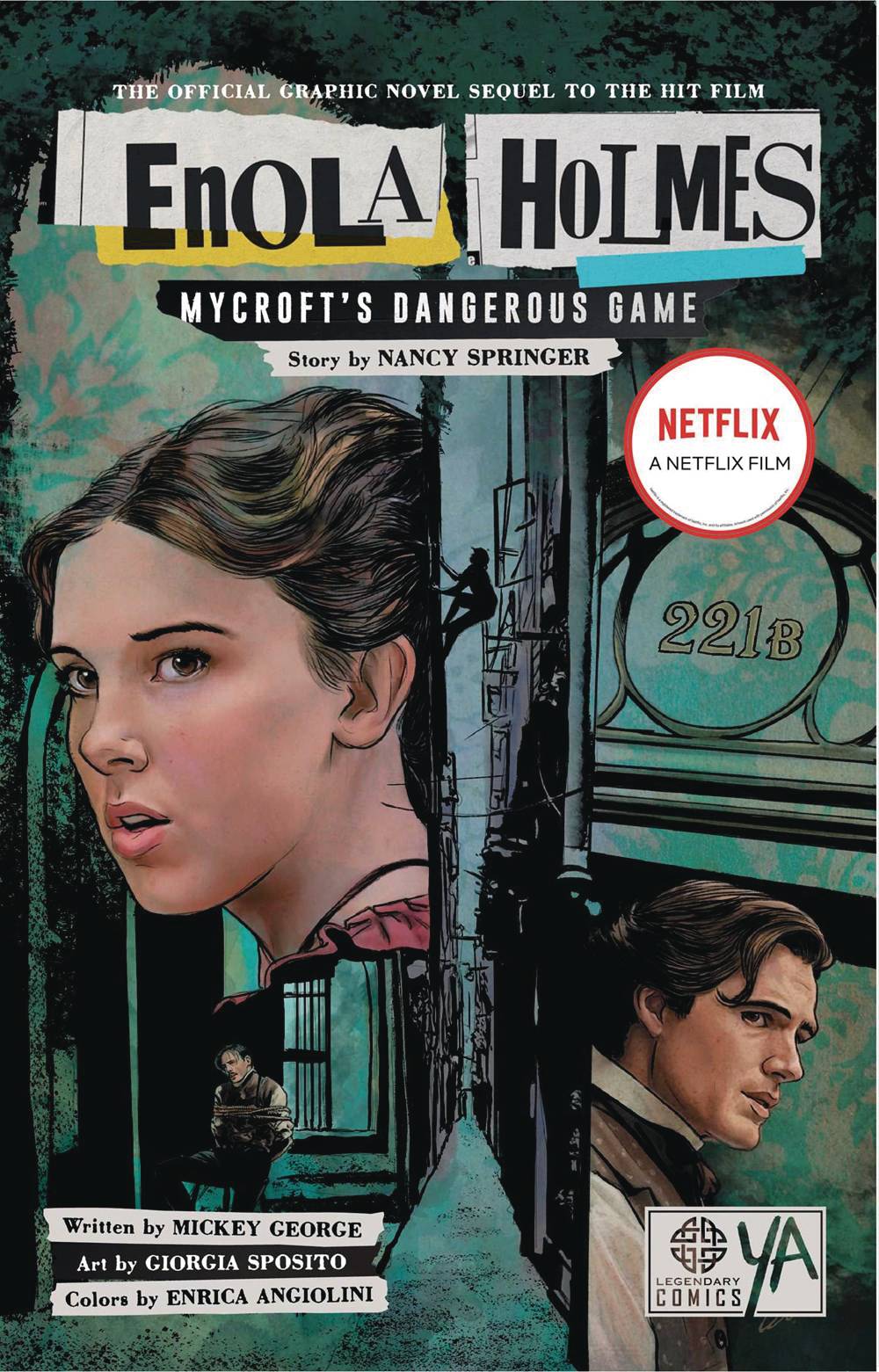 #
JUN221695
(W) Nancy Springer, Mickey George (A) Giorgia Sposito
Teenage super-sleuth Enola Holmes is back at it again!  Picking up where 2020's exceptionally popular film left off, readers and fans will join Sherlock Holmes' rebellious teen sister Enola in a thrilling adventure and uncover the new mystery that she is up against. After a mysterious group of anarchists abduct her brother Mycroft, Enola investigates his disappearance in hopes of rescuing him and recovering something precious he took from her. With the help of Lord Tewkesbury and a young boy on the streets named Shag, she uncovers the truth behind her brother's abduction and unravels a web of mystery that takes her deep into the London underground as she tries to foil the anarchists' nefarious plot!
In Shops: Aug 24, 2022
SRP: $17.99
ORDER WISH LIST