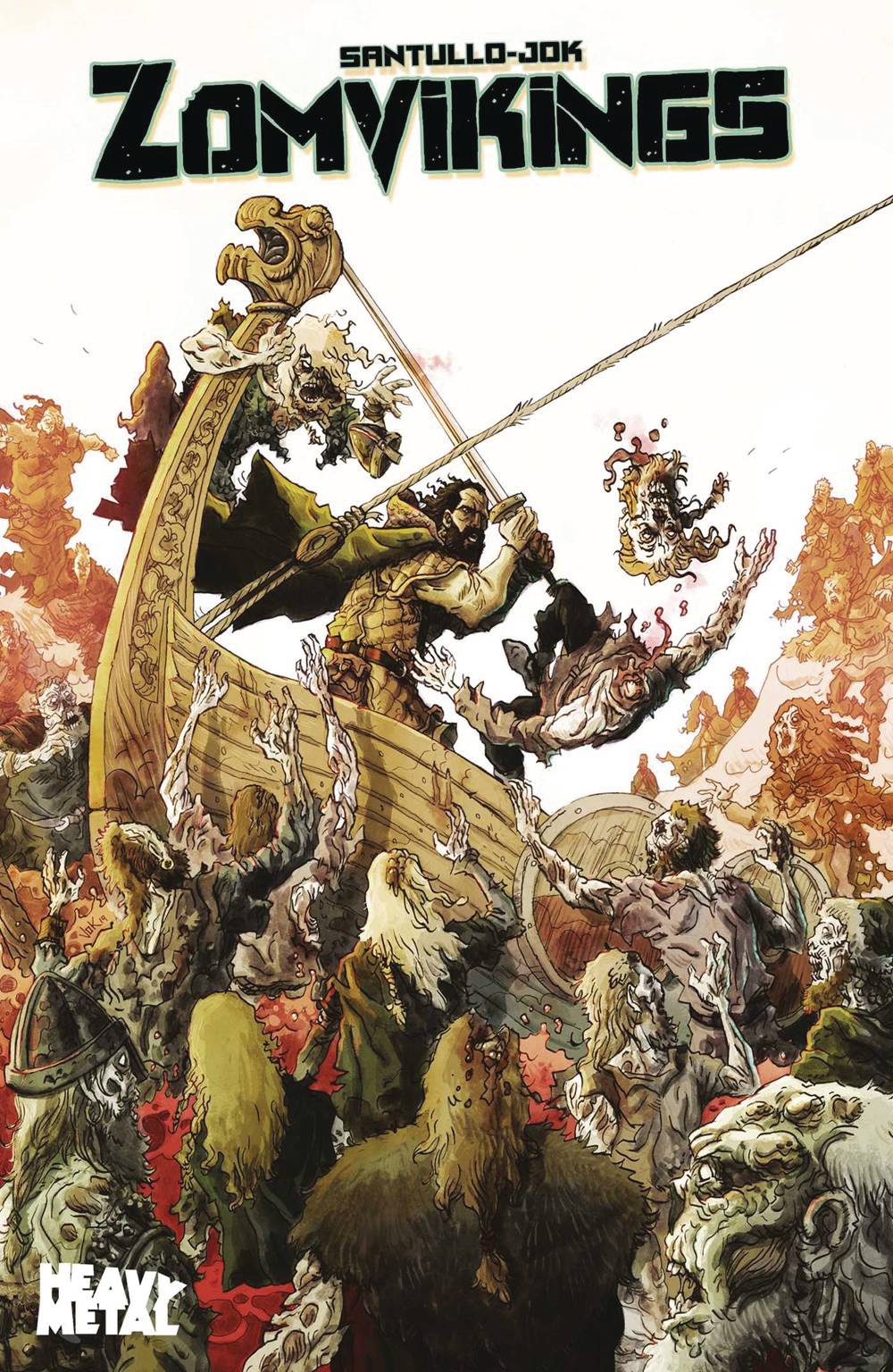 #
JUN221618
(W) Rodolfo Santullo (A) Rodolfo Santullo
Vikings meet the walking dead!  What would happen if an apocalyptic zombie outbreak took place in the year 1021? Times have been tough for King Knut's Viking settlement. Grain stores are running low, the animals are dying, and winter creeps ever closer. The only hope for his people is the raiders that have been sent out on ships to pillage and bring back goods. Those raiders haven't been having much luck either, and they're on the verge of returning from a three-week journey empty-handed. When they find a seemingly empty ship in the distance and excitedly board it, however, they accidentally unleash a zombie plague that they'll take back home with them, forcing their settlement to a fight to the death with those horrific monsters. Will the settlement be able to survive, or will this be the beginning of the end for their people?
In Shops: Aug 24, 2022
SRP: $14.99
ORDER WISH LIST