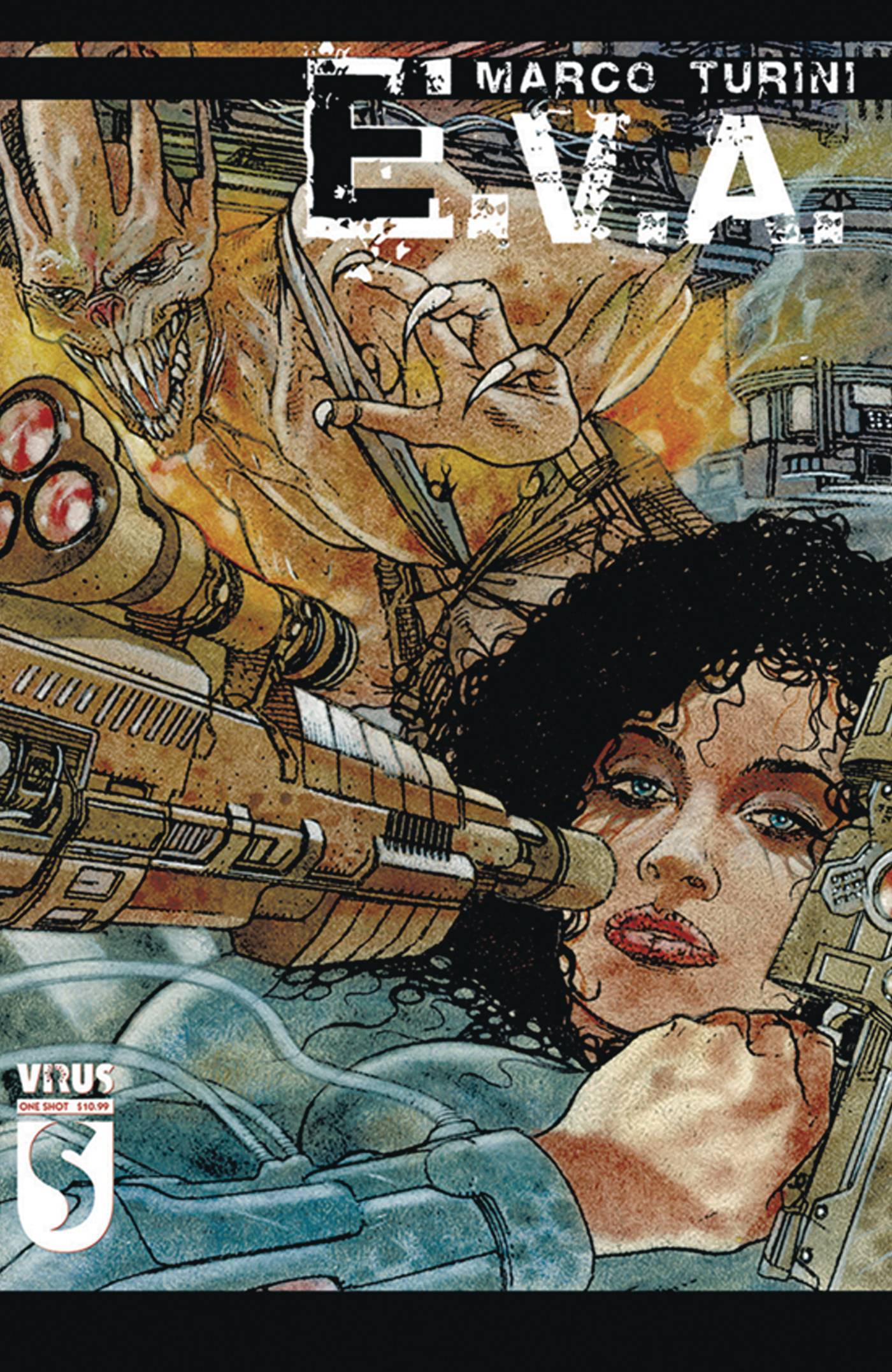 #
JUN221609
(W) Marco Turini (A) Marco Turini
The surface of the Earth became uninhabitable and humans had to find refuge in the bowels of the planet. In Janis, capital of the fourth and last underground level, survival involves repairing bodies with electronic components. This is where E.V.A. lives and she plans to break the law to cross the levels that separate her from the sun. At the end of this perilous adventure, an unbearable truth awaits her. E.V.A. is unaware that her escapade is part of a plan of which she is the key element. Those who hold the cards of her destiny have planned everything.
In Shops: Aug 17, 2022
SRP: $10.99
ORDER WISH LIST