GAME FOR SWALLOWS TO DIE TO LEAVE TO RETURN EXPANDED ED 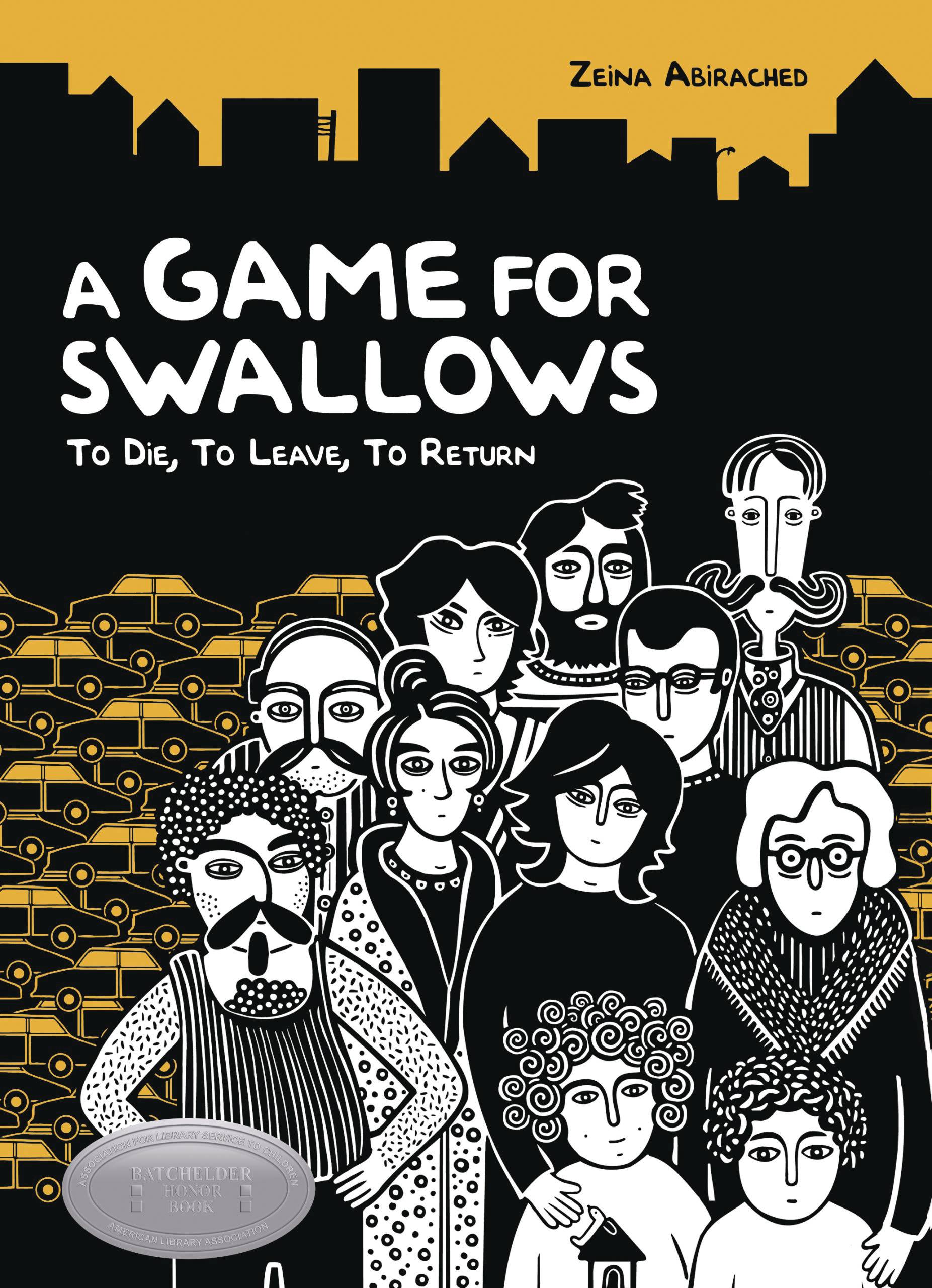 #
JUN221593
(W) Zeina Abirached (A/CA) Zeina Abirached
The city of Beirut is cut in two, separated by bricks and sandbags and threatened by snipers and shelling. East Beirut is for Christians, and West Beirut is for Muslims. When Zeina's parents don't return one afternoon, the neighbors in her apartment house create a world indoors for Zeina and her brother, sharing cooking lessons, games, and gossip. Together they try to make it through the day in the one place they hoped would always be safe-home. This expanded edition of A Game for Swallows features a new, illustrated afterword, as Abirached reflects on the meaning of her memoir's title, the graffiti that inspired it, and the future of Beirut.
In Shops: Aug 31, 2022
SRP: $14.99
ORDER WISH LIST