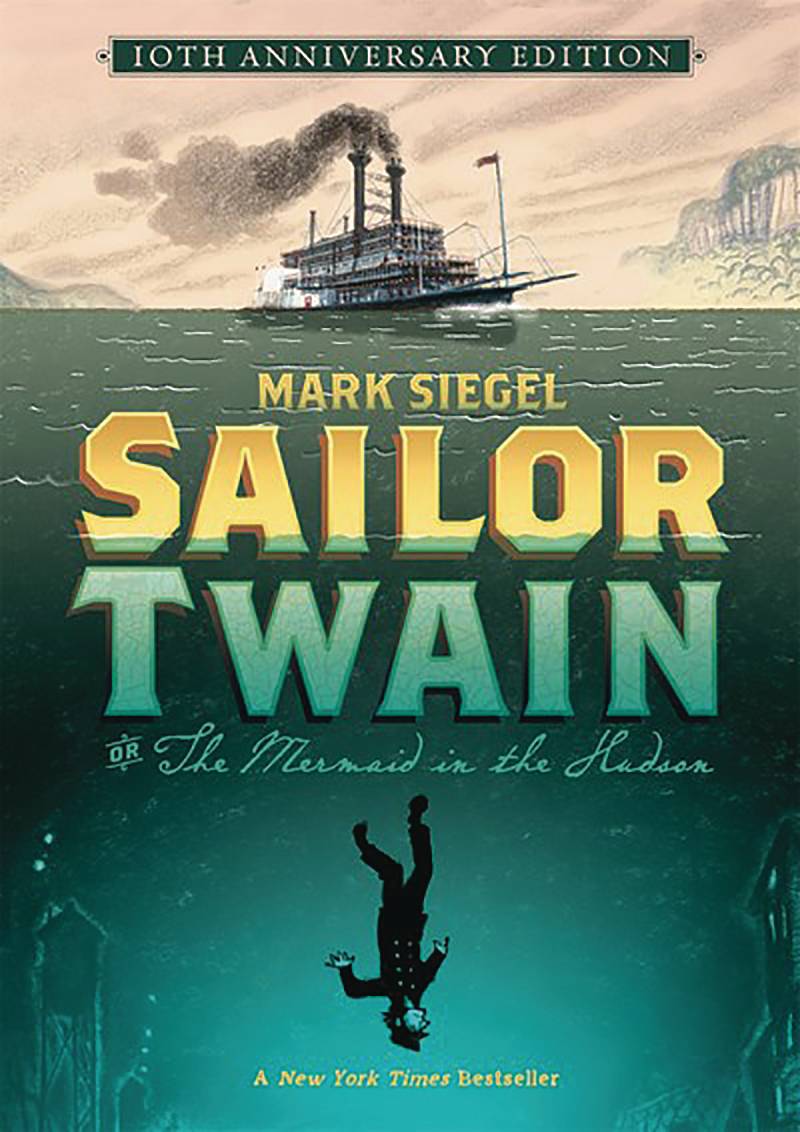 #
JUN221575
(W) Mark Siegel (A/CA) Mark Siegel
When a riverboat captain rescues an injured mermaid from the waters of the busiest port in the United States, he unleashes a calamity that only true love-if such a thing is possible-could avert. A mysterious and beguiling love story with elements of Poe, Twain, Hemingway, and Greek mythology, Sailor Twain is a study in romance, atmosphere, and suspense. In this new edition, Sailor Twain is printed larger than ever before, showcasing the charcoal artwork in all its glory. It also includes new backmatter, such as an author's note about the inspiration behind the story, an insider's look at Mark Siegel's unique and painstaking creative process, and never-before-seen tribute art from beloved comic artists like Ben Hatke and Vera Brosgol.
In Shops: Aug 24, 2022
SRP: $34.99
ORDER WISH LIST