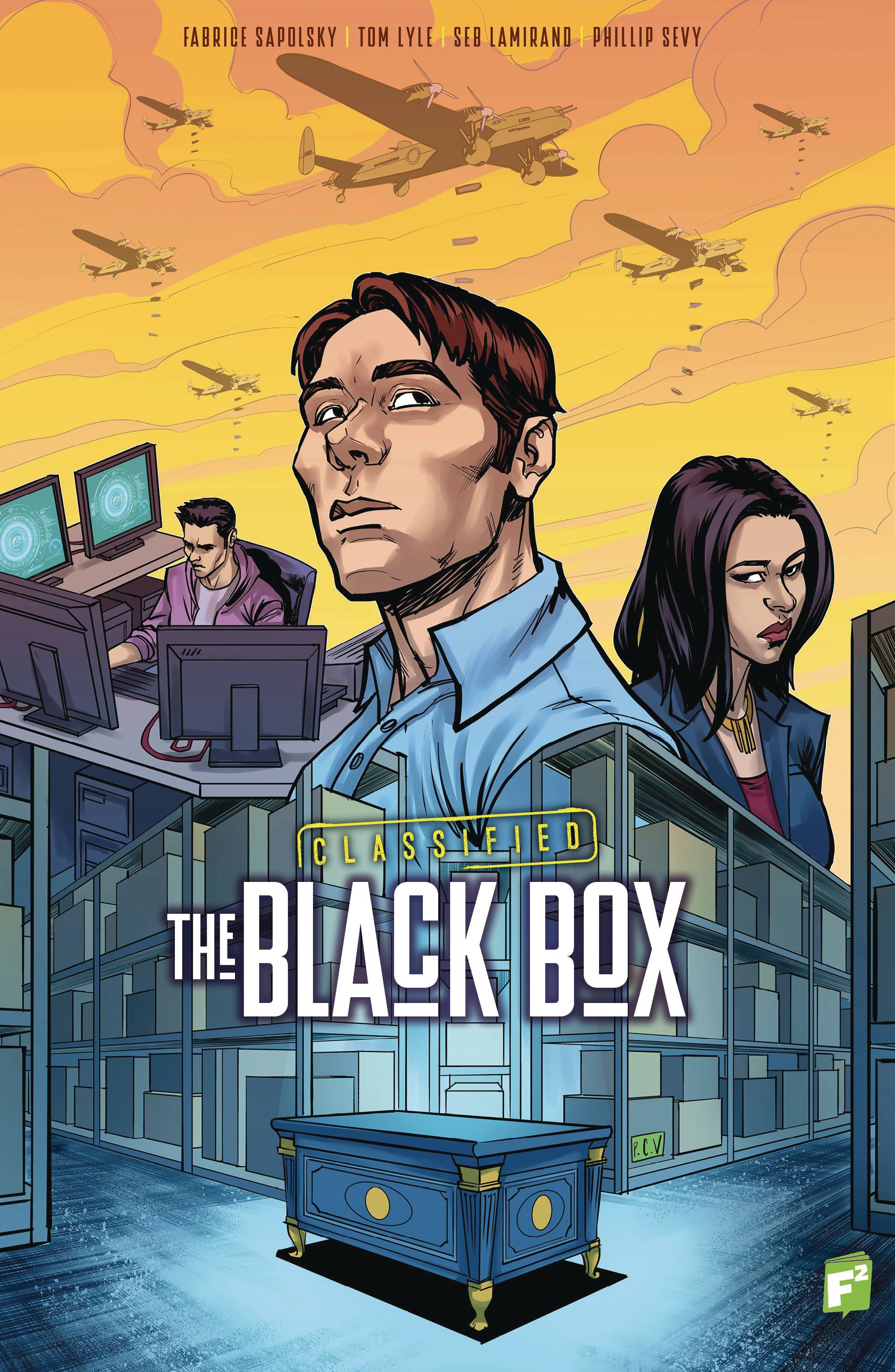 Uli Troy is a historian working at the secret White House Storage facility, somewhere in Maryland. He never thought he'd stumble upon one of the most explosive secrets American Presidents have managed to keep under wraps: a music box, which stayed in the Oval Office for 200 years and recorded every conversation in the room, unbeknownst to any soul!

Ironically, THE BLACK BOX was produced in 2011 and similarly remained shelved for over a decade. It's a beautiful time capsule, though. Fabrice Sapolsky had just wrapped up co-writing a SPIDER-MAN NOIR mini-series for Marvel and Tom Lyle (SCARLET SPIDER, ROBIN III, STARMAN) was looking to re-enter the comic book game after a five year hiatus.

Unfortunately, Tom passed away in November 2019. Prior to his untimely passing, he and Fabrice had made plans to bring THE BLACK BOX back with this original tale, plus new ones that they would co-write. In 2022, this story finally sees light.

With this edition, FairSquare Comics wants to both honor the memory and legacy of Tom Lyle as well as bringing to the world a shockingly simple and brilliant concept, in English language for the first time ever.

This is the second installment of the CLASSIFIED collection (after Ibrahim Moustafa's JAEGER in May 2022)
In Shops: Aug 31, 2022
SRP: $12.99
View All Items In This Series
ORDER SUBSCRIBE WISH LIST