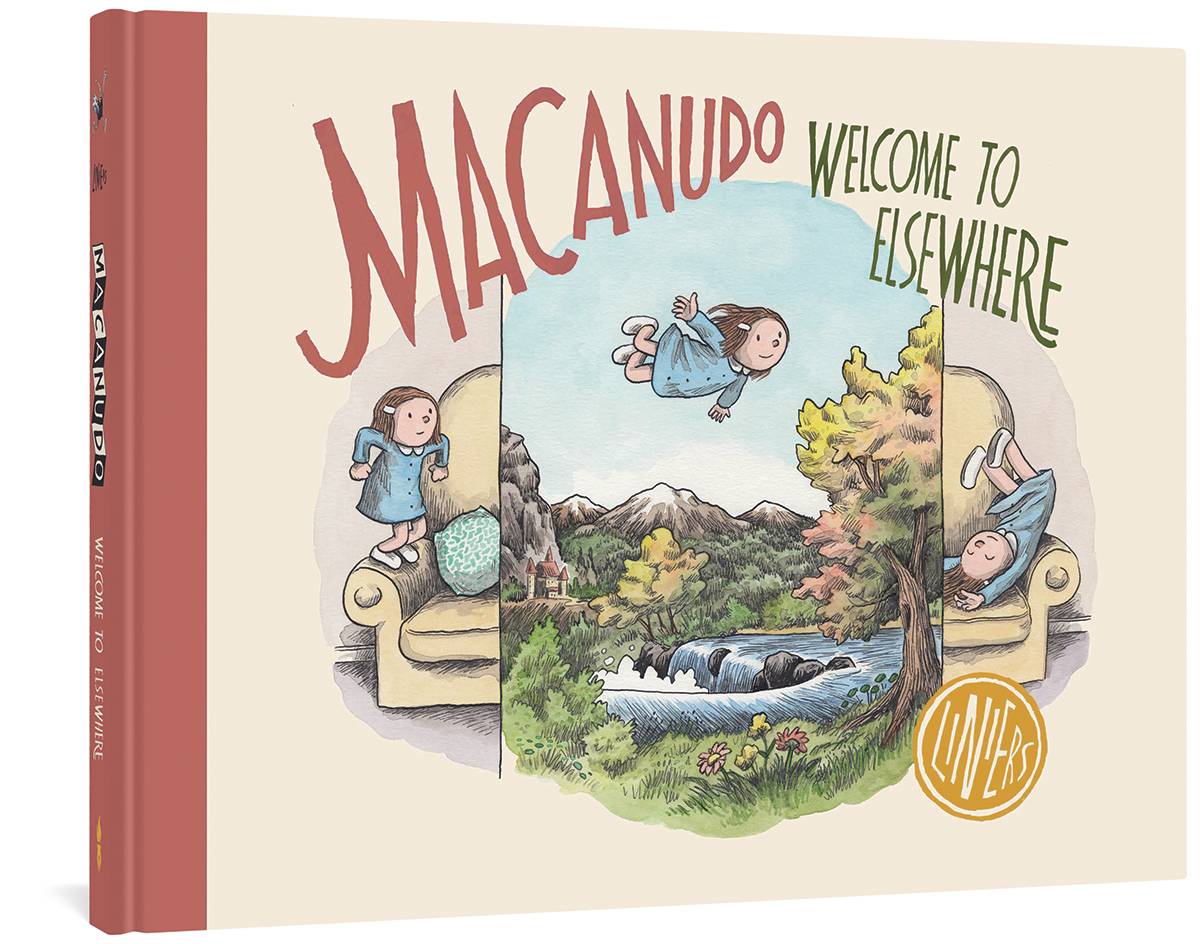 #
JUN221542
(W) Liniers (A/CA) Liniers
Fantagraphics is proud to present Argentine cartoonist Liniers' internationally-acclaimed newspaper comic strip in an Englishlanguage collection for the first time. In the spirit of Calvin & Hobbes, Mutts, and Krazy Kat, Liniers (Ricardo Siri) uses a shifting cast of children,
talking animals, imaginary monsters, sensitive robots, occasional elves, and anthropomorphized objects to perform gags, philosophize, muse on nature, and engage in surreal, artistic flights of fancy. With delicate, calligraphic pen work and understated watercolors, the comic skips lightly from style to style and subject to subject, as Liniers allows his imagination and observational humor free reign. Jokes about domestic life, imagined scenarios of historical figures, Cthulu showing up to Tinder dates, characters simply enjoying a pastoral sunset, the puncturing of
pop-culture stalwarts: Macanudo is a boundless canvas for its author's humane and delightfully off-kilter view of the world, in a way few comic strips have ever even attempted. Beginning in 2002 in Buenos Aires, Macanudo steadily gained popularity around the world, appearing in US newspapers since 2018. Welcome to Elsewhere is the first of a series of volumes collecting Liniers' groundbreaking strip.
In Shops: Aug 17, 2022
SRP: $24.99
ORDER WISH LIST