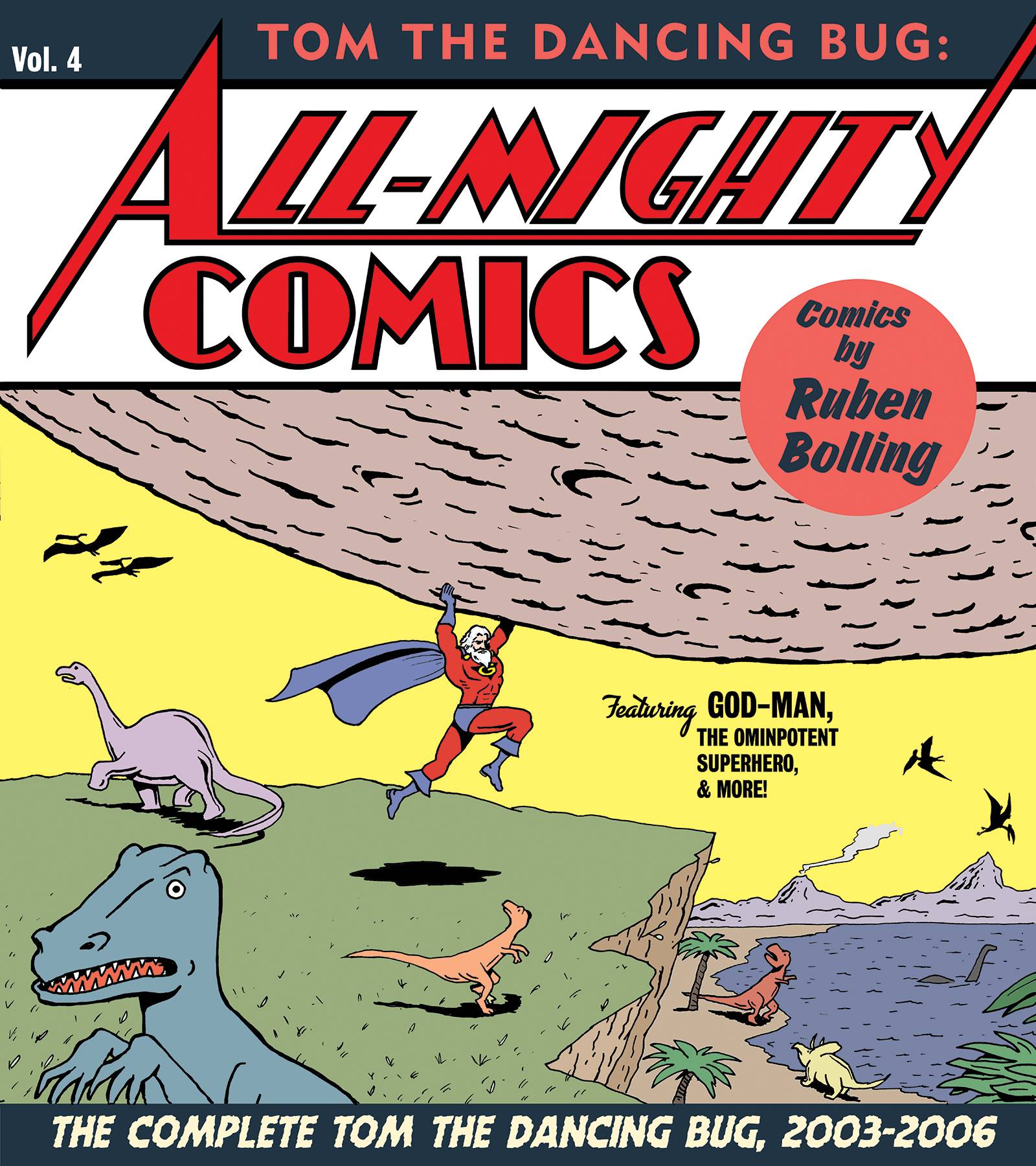 #
JUN221449
(W) Ruben Bolling (A) Ruben Bolling
The Complete Tom the Dancing Bug, Volume 4: 2003-2006
Clover Press's Complete Tom the Dancing Bug program streaks forward with the fourth chronological volume, covering every installment of the award-winning (and two-time Pulitzer Prize Finalist) comic strip, from 2003-2006.
This volume includes favorite characters of Tom the Dancing Bug, such as:  God-Man, the Omnipotent Superhero; Charley the Australopithecine; Billy Dare, Boy Adventurer; Dinkle, the Un-Lovable Loser; and even the origin of Lucky Ducky.  It also includes a special comic Bolling created for Mad Magazine during the covered years:  "Educa-Fun."
Tom the Dancing Bug is the wildly popular, groundbreaking comic strip that Mark Hamill called "wondrous, whimsical, and witty," and that led Seth Meyers to recently write, "The fact that Tom the bug can keep dancing in this day and age is a testament to Ruben Bolling's skills as a cartoonist!"
In Shops: Sep 28, 2022
SRP: $25.99
ORDER WISH LIST