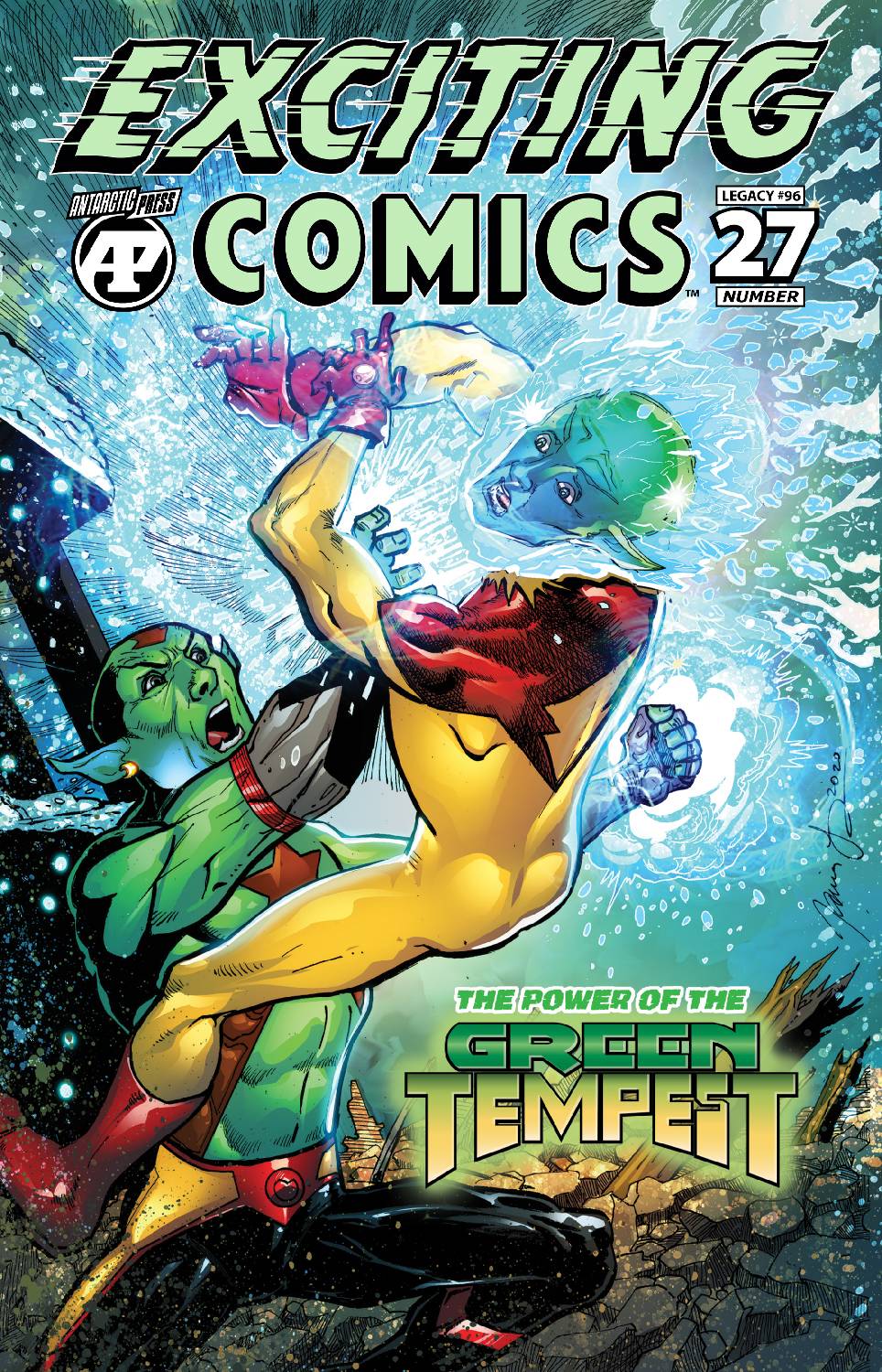 #
JUN221277
(W) Various (A) VARIOUS (CA) Javier Lugo
"They Call Him Marvelous (Jamaal Simpson, David Jaxon, Shean Barbour) The climactic conclusion starts here as a genetically enhanced Malcolm confronts Clyde, Jim-Bob, and Mr. Hudson in a showdown of marvelous proportions.  "Fallen Justice" (Cary Kelley, Steven Forbes, Harold Edge): Unlikely alliances are forged and the final battle is waged as Dynagirl's desperate plan is revealed.  Will even the combined might of all the heroes and villains be enough to stop Justice Theta?  "Green Tempest" (Brett Scheuerman, Javier Lugo): The peaceful world of Tempet is thrown into chaos by the malevolent Halestorm as revenge against his foe, Green Tempest.  Now Green Tempest must decide: Destroy his nemesis, or show Hailstorm the error of his ways?  "XOB" (Kyrun Silva, David Jaxon): Lord Eklips begins his first assault on Greenhill.  As XOB and Danny scramble to figure out a plan to stop him, Eklips reveals his true intentions and why his hatred for XOB runs so deep.
In Shops: Sep 28, 2022
SRP: $4.99
View All Items In This Series
ORDER SUBSCRIBE WISH LIST