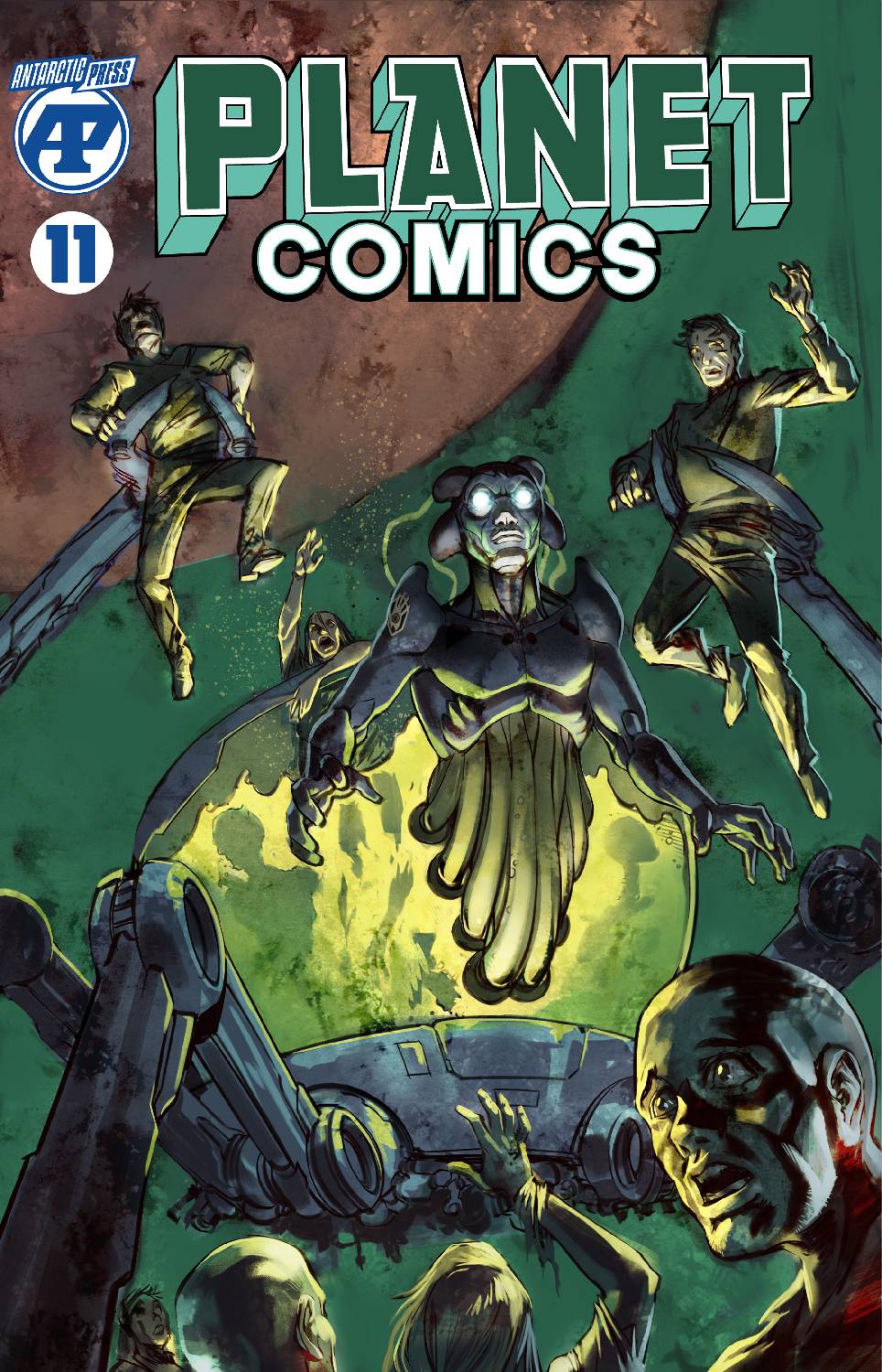 #
JUN221276
(W) Various (A) VARIOUS (CA) Jason Lenox, David Hutchinson
"Bark at the Moon" (Hannu Kesola, Emiliano Urich): All Hell has broken loose on a prison orbiting Saturn, where a werewolf is on the loose. Alex tries to take it down, but has to deal with an inmate breakout as well.  "Lords of the Cosmos: A Gathering Storm" (Dennis Fallon, Jason Palmatier, Jason Lenox, D.W. Kann): The Disciples of Umex  pursue the great eagle Aviteus, who seeks to warn the Lords of the Cosmos at their mountain base.  As poison saps the feathered warrior's strength, an ancient member of the Lords intercedes.  "Robot" (Marcello Bondi, Vincenzo Michieli): As the robots rise up and begin to replace humans on the job, who will become the masters and who will become the slaves?  "Captain Ironhands" (Marcello Bondi, Emanuel Derna): A space pirate boards an abandoned ship in hope of finding treasure.  What he finds is a curse that may end him and his crew.
In Shops: Sep 28, 2022
SRP: $4.99
View All Items In This Series
ORDER SUBSCRIBE WISH LIST