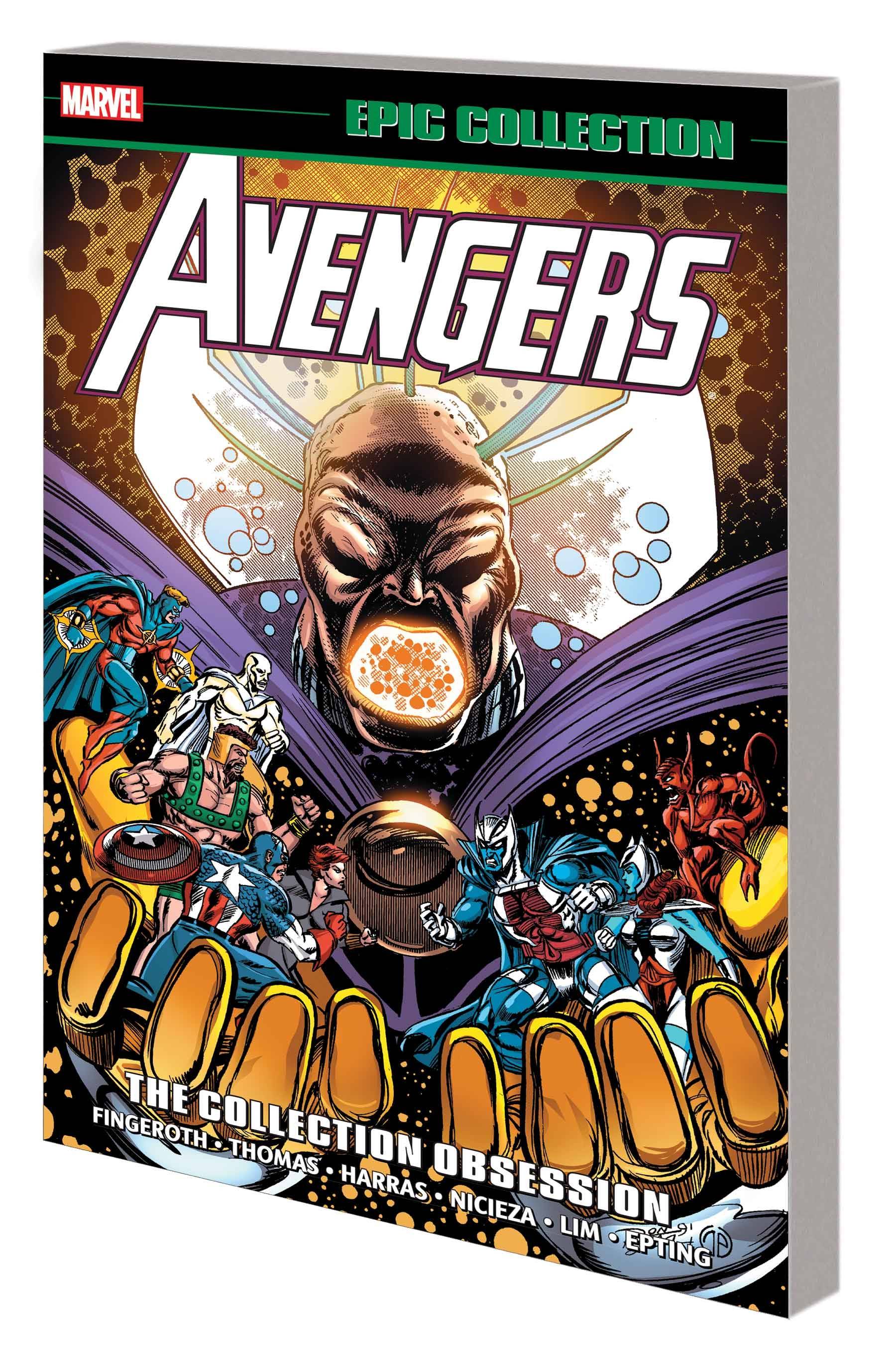 #
JUN221104
(W) Bob Harras, Various (A) Andy Kubert, Various (CA) Ron Lim
To battle the Brethren! Thane Ector and his allies devastated the Collector, and now they've come for Earth. To stop them, the Avengers must call in reserves, returnees and a new recruit! But will the humbled Elder of the Universe aid Earth's Mightiest Heroes or renew his collection obsession? Hate may conquer all when the Sons of the Serpent strike, unless the Avengers and New Warriors can do something about it! But how will our heroes react when a fallen comrade seemingly returns? Plus: The Subterranean Wars rage, and the Vault prison becomes a death trap filled with deadly menaces - including Venom! Collecting AVENGERS (1963) #334-344 and ANNUAL #20, AVENGERS: DEATHTRAP - THE VAULT and material from INCREDIBLE HULK ANNUAL #17, NAMOR THE SUB-MARINER ANNUAL #1, IRON MAN ANNUAL #12 and AVENGERS WEST COAST ANNUAL #6.
Rated T
In Shops: Oct 05, 2022
SRP: $44.99
ORDER WISH LIST