WHAT IF MILES MORALES TP 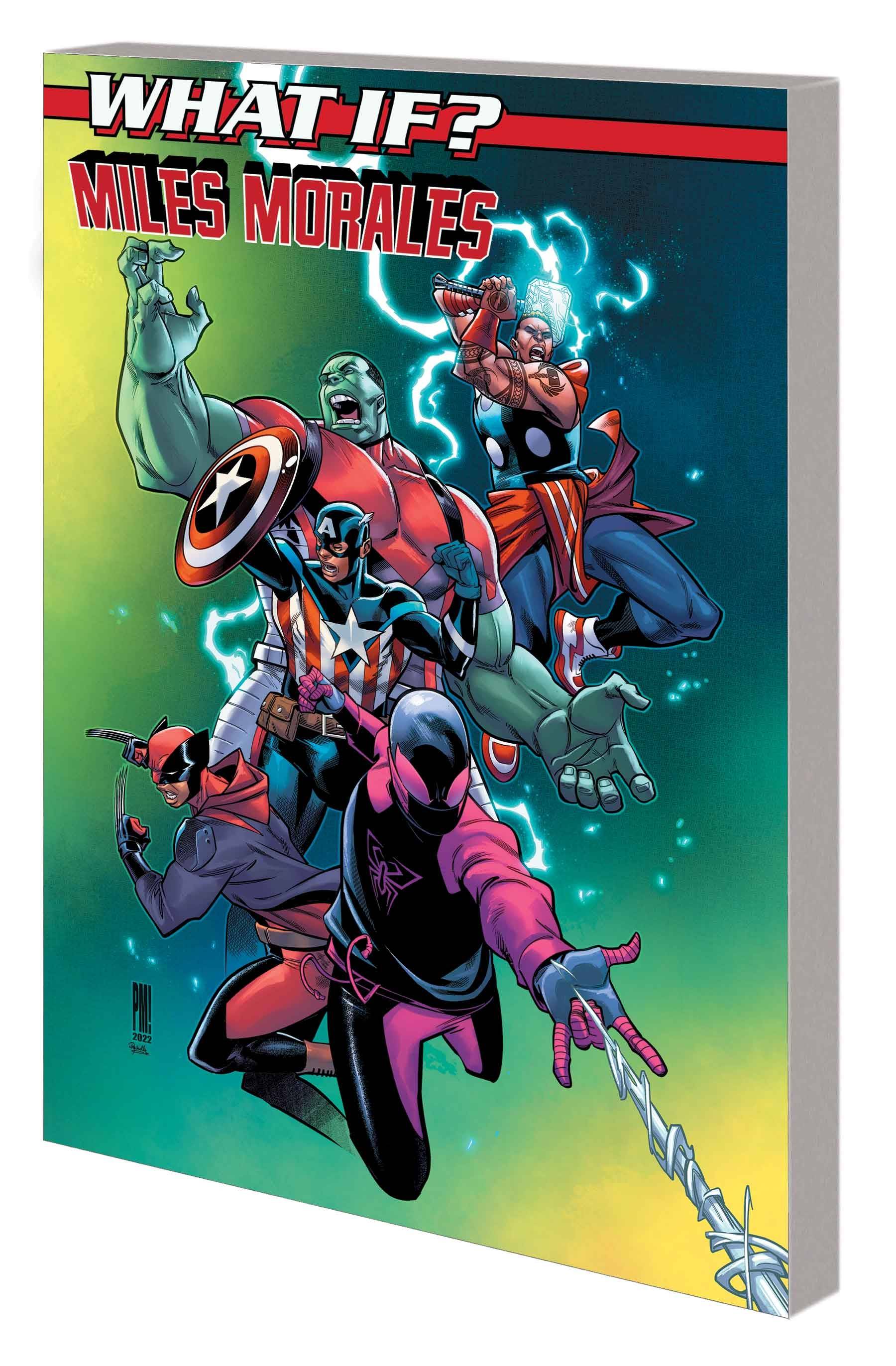 #
JUN221092
(W) Cody Ziglar, Various (A) Various (A/CA) Paco Medina
What if Miles Morales had never been bitten by a genetically enhanced spider? What if, instead, the U.S. government recruited, trained and granted him incredible powers with the Super-Soldier Serum, making him a friendly neighborhood Captain America? Or perhaps Miles was taken from everything he ever knew - his family, his home, his entire life - and transformed into the immortal weapon of war known as the Wolverine! If he was blasted by gamma radiation and turned into a Hulk, would Miles be man or monster? And are there other super heroes the many Miles of the Multiverse might have become instead of Spider-Man? You bet there are! Learn what makes Miles Morales a hero no matter the circumstances, no matter the reality! Collecting WHAT IF...? MILES MORALES #1-5.
Rated T
In Shops: Sep 14, 2022
SRP: $15.99
ORDER WISH LIST