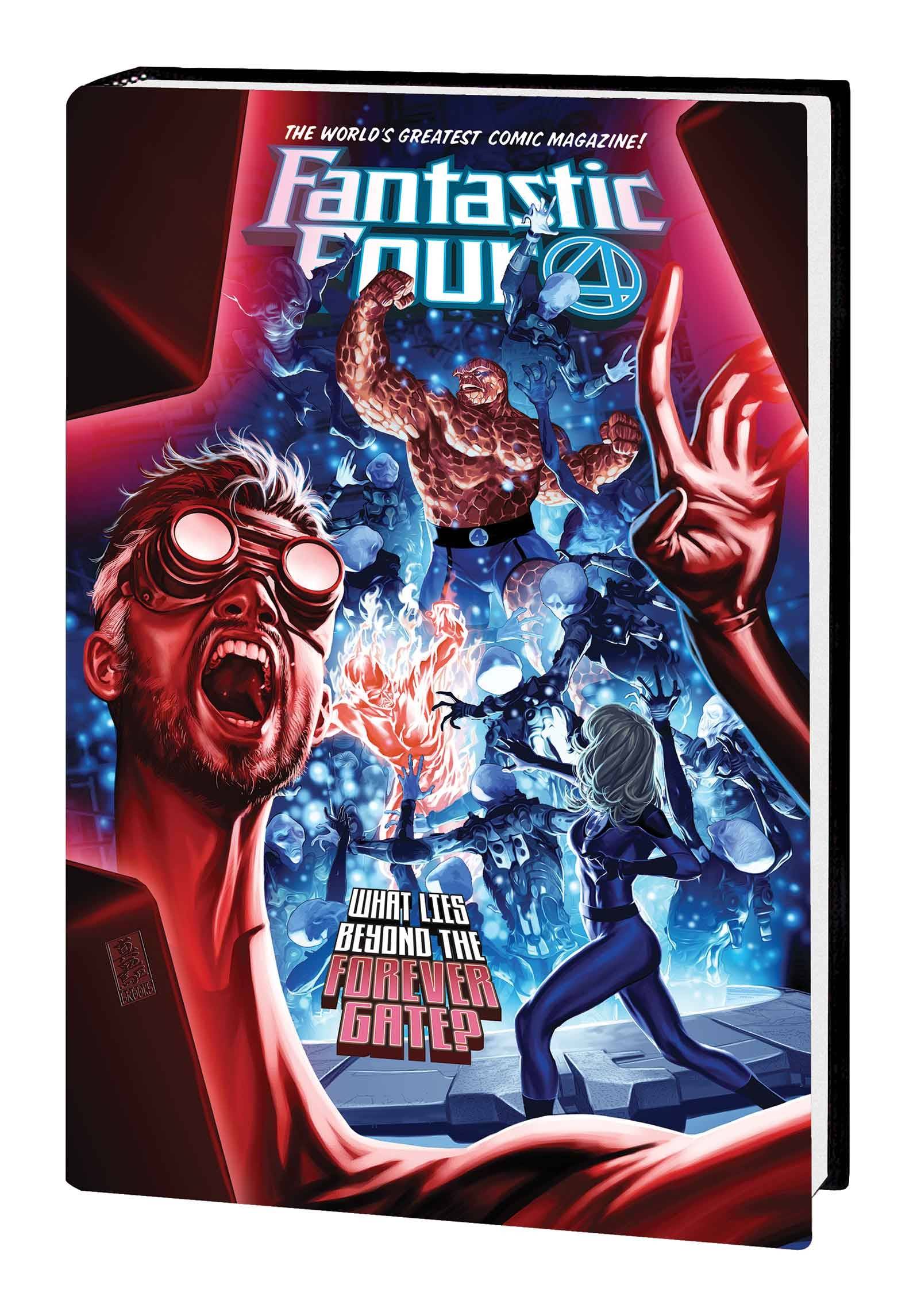 #
JUN221080
(W) Dan Slott (A) Paco Medina, Various (CA) Mark Brooks
EMPYRE rocks the Fantastic Four! A never-before-seen Elder of the Universe unveils two new faces that will shake up Marvel's First Family! But as the FF find themselves neck-deep in a cosmic conflict, Franklin and Valeria face a looming crisis back on Earth that calls for the aid of Spider-Man and Wolverine! A new era begins with new uniforms and a major status quo change - but who is the mysterious figure called the Helmsman? Is he here to save our reality or destroy it? Plus: Doctor Doom resurfaces! One of the most important characters in the Marvel Universe returns from the dead! And when the King in Black plunges the world into darkness, symbiotes will bond with two of the FF! Collecting FANTASTIC FOUR (2018) #21-30, EMPYRE #0: FANTASTIC FOUR and EMPYRE FALLOUT: FANTASTIC FOUR.
Rated T
In Shops: Feb 01, 2023
SRP: $44.99
View All Items In This Series
ORDER SUBSCRIBE WISH LIST