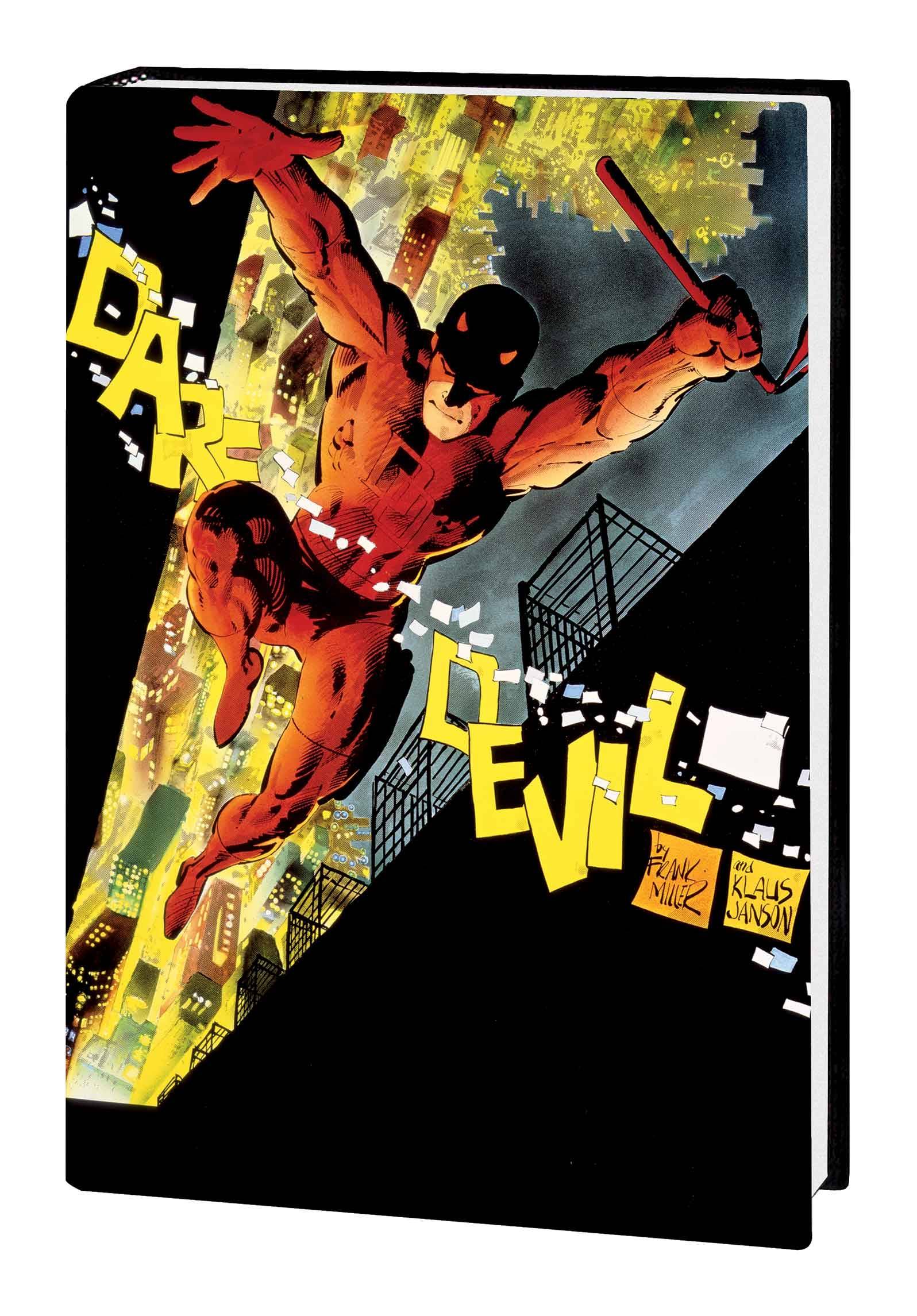 #
JUN221078
(W) Frank Miller, Various (A) Klaus Janson (A/CA) Frank Miller
A classic Marvel hero redefined by one of comics' greatest visionaries! Frank Miller's spellbinding scripts and pulse-pounding pencils mark one of Daredevil's greatest eras - but will the Kingpin and Bullseye's efforts rob the Man Without Fear of everything he holds dear? Featuring the first appearances of Elektra, Stick and the Hand! The daring discovery that drew Ben Urich into Daredevil's domain of darkness! And such forgotten-yet-formidable foes as Death-Stalker and the Gladiator! Take a rare look at the formative years of a brilliant creator and the series that made him famous as traditional super-heroics mix effortlessly with mysterious martial artistry, doomed romance and dark personal drama. Guest-starring the Hulk, the Avengers and Power Man and Iron Fist! Collecting DAREDEVIL (1964) #158-161 and #163-191 and material from WHAT IF? (1977) #28.
Rated T+
In Shops: Feb 01, 2023
SRP: $100.00
ORDER WISH LIST