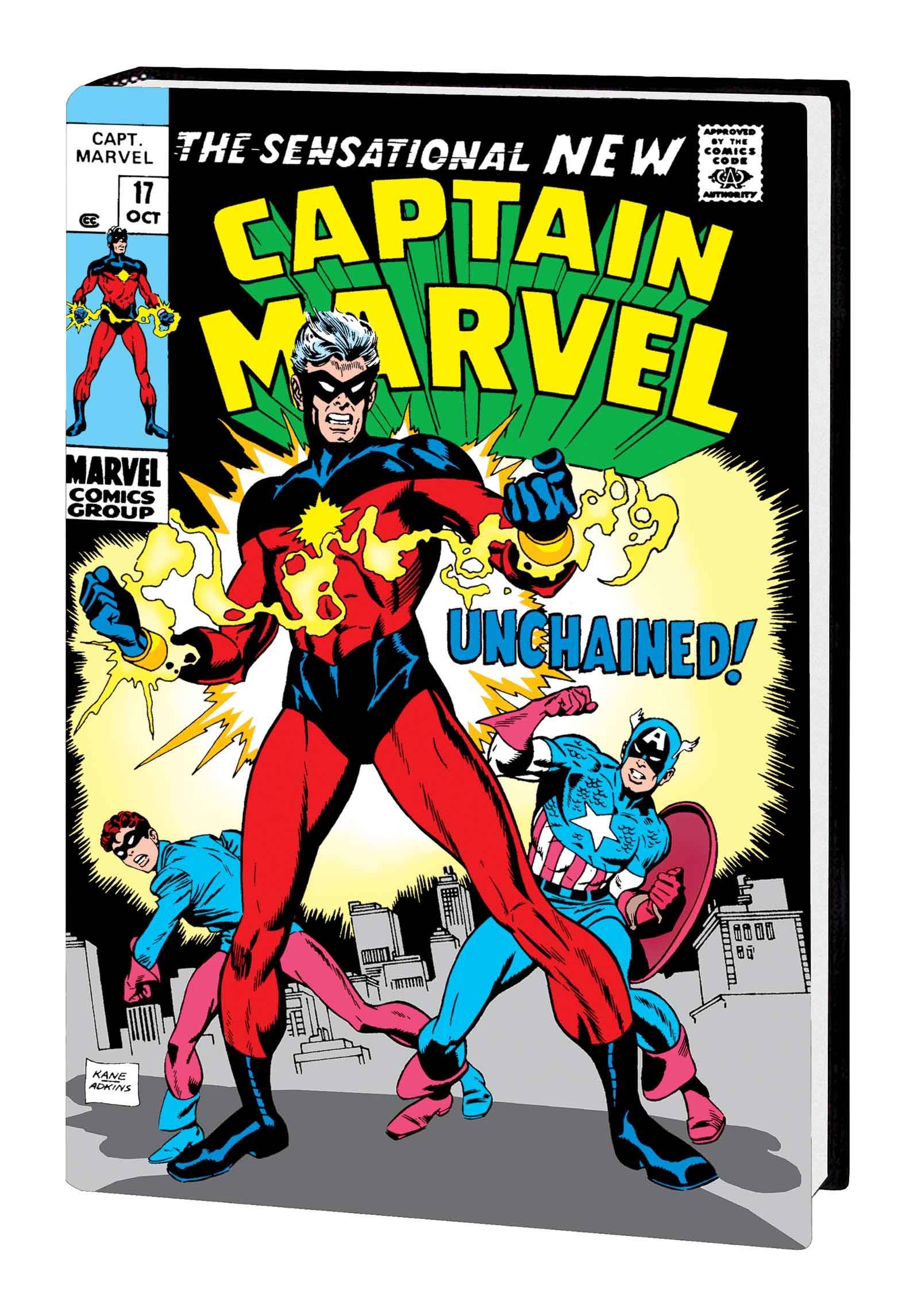 #
JUN221074
(W) Roy Thomas, Various (A) Gene Colan, Various (CA) Gil Kane
Branded a traitor for defending the people of Earth, the space-born Kree hero Captain Mar-Vell uses his cosmic powers as our planet's protector. And the good Captain's legacy is strong: From his early adventures drawn by Gene Colan to his reinvention by Roy Thomas and Gil Kane to his iconic cosmic awakening under Jim Starlin, each story is presented in oversized glory in this massive Omnibus volume. Also featuring the first appearance of Carol Danvers, Rick Jones bonding with Cap by way of the cosmic Nega-Bands, war with the vicious Col. Yon-Rogg, battles with the Black Widow, Captain America and Hulk, and last, but not least, the first appearance of Thanos! Collecting MARVEL SUPER-HEROES (1967) #12-13, CAPTAIN MARVEL (1968) #1-33, IRON MAN (1968) #55 and material from NOT BRAND ECHH #9.
Rated T
In Shops: Feb 01, 2023
SRP: $100.00
View All Items In This Series
ORDER SUBSCRIBE WISH LIST