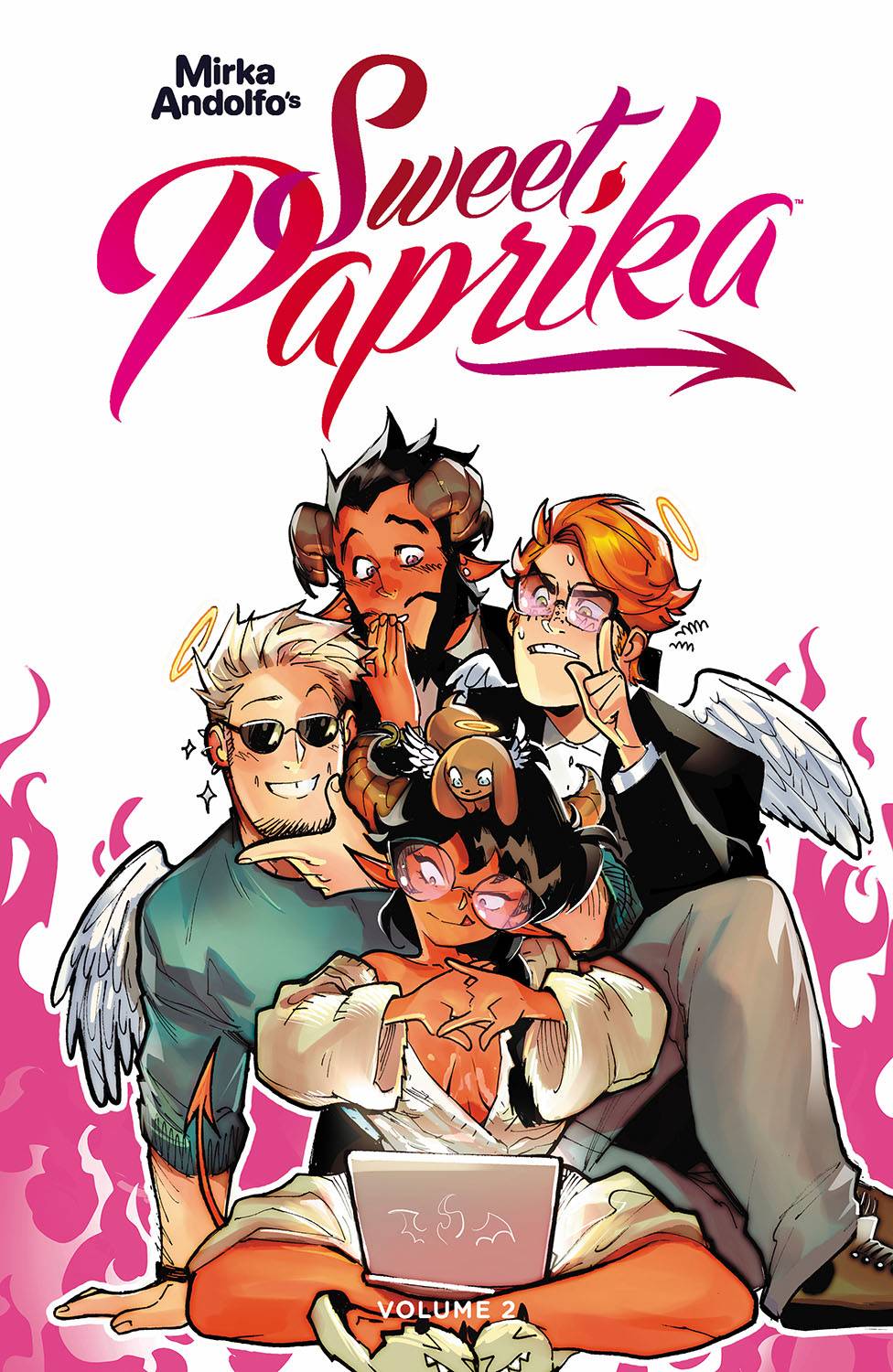 #
JUN220195
(W) Mirka Andolfo (A/CA) Mirka Andolfo
Fierce businesswoman Paprika's problems are far from over. After (more or less) skillfully juggling an unbearable ex and a deviant father, she still faces work tension-and sexual tension-with charming producer Za'atar. With only a few weeks until their fated meeting in Italy, Paprika breaks every rule in her life to hire the sunny, uninhibited angel Dill to teach her how to be a true queen between the sheets. But with some of her trauma and anxieties still unresolved, and with misunderstandings and jealousies running rampant, it doesn't take long for all hell (and heaven) to break loose.

Bridget Jones's Diary meets Sex and the City with a pinch of The Devil Wears Prada in the steamy finale of the international hit by acclaimed creator MIRKA ANDOLFO (UNNATURAL, MERCY). Collects SWEET PAPRIKA #7-12.
In Shops: Sep 28, 2022
SRP: $16.99
View All Items In This Series
ORDER SUBSCRIBE WISH LIST