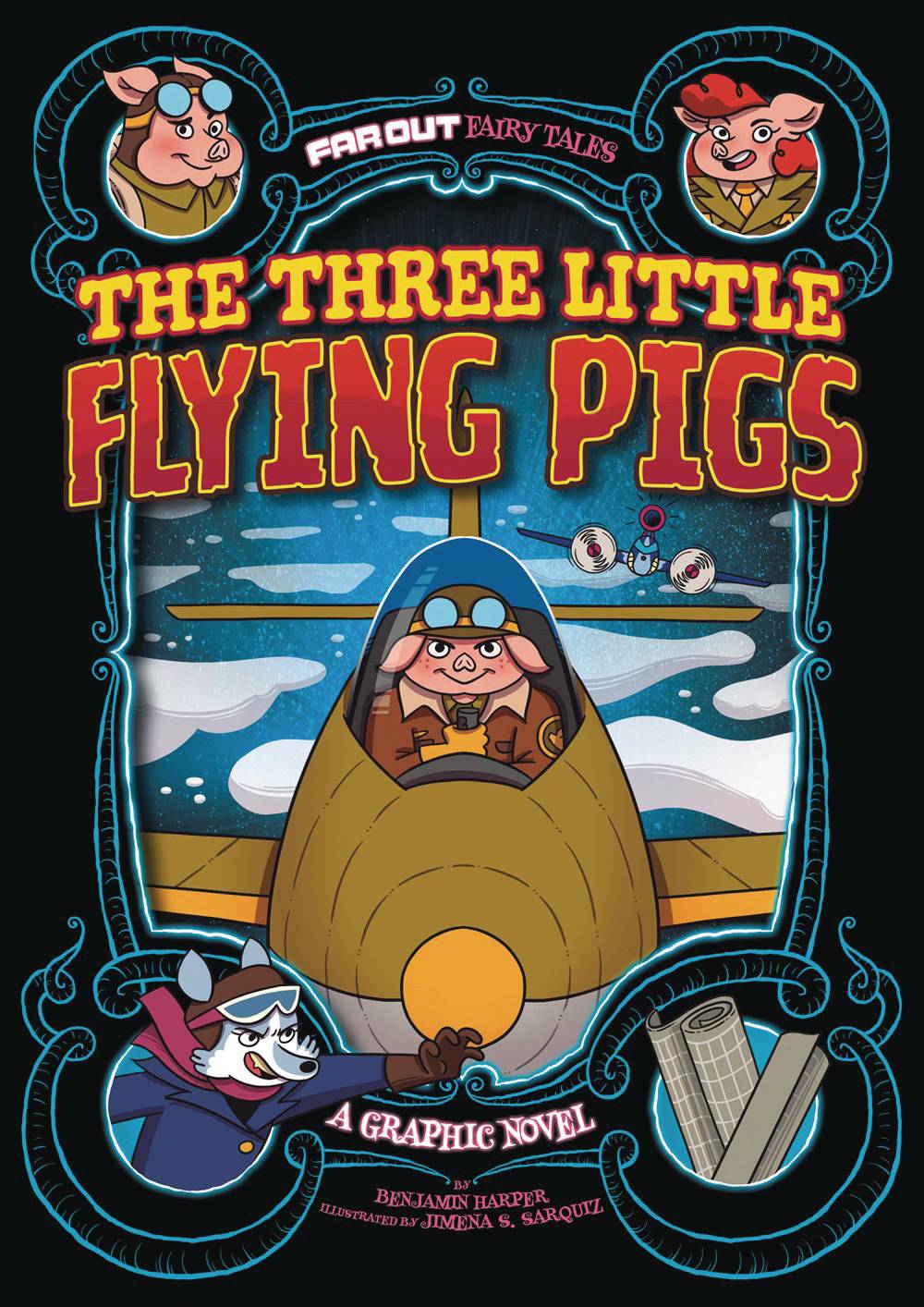 #
JUN211813
(W) Benjamin Harper (A) Jimena S Sarquiz
Three brave members of Pig Force have been charged with a top-secret mission: Deliver blueprints for a high-tech home base that could be key in the fight against their vicious foe, Wolf Force! But an enemy pilot is in hot pursuit and armed with a new, dangerous weapon called the Wind Turbine Blaster. Its powerful wind bursts can topple and destroy almost anything caught in its gusty path. Can any of the pigs' aircrafts withstand the devastating huffing and puffing, or will Pig Force be blown off course for good? Enjoy a modern twist on the classic "The Three Little Pigs" as it's retold for kids!
In Shops: Sep 22, 2021
SRP: $5.95
ORDER WISH LIST