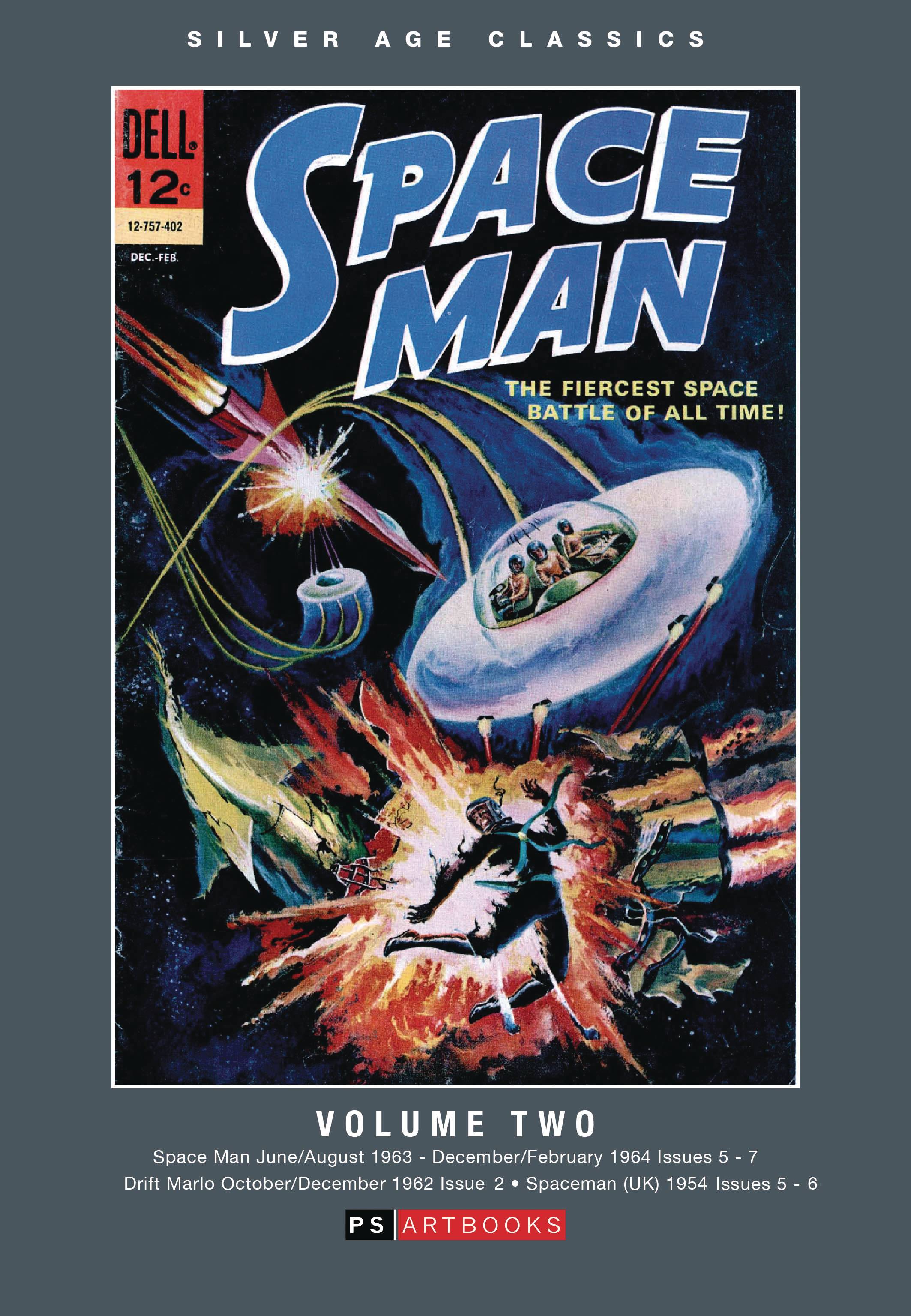 #
JUN211723
(A) Jack Sparling, Tom Cooke, Norman Light, Ron Embleton
Space Man was rocket ace Ian Stannard who was accompanied by his 14-year-old sidekick, Space Academy student Johnny Mack. They blasted off from Cape Canaveral in their space ship, the Flyin' Jenny II. There mission was to find and destroy what had prevented Moon exploration for the last decade. After succeeding, they continue to explore the depths of space, along with Ian's girlfriend, the famous pilot Mary Lansing. Collects Space Man #5-7 (June/August 1963 to December/February 1964) and Drift Marlo #2 (October/December 1962).
In Shops: Nov 10, 2021
SRP: $46.99
View All Items In This Series
ORDER SUBSCRIBE WISH LIST