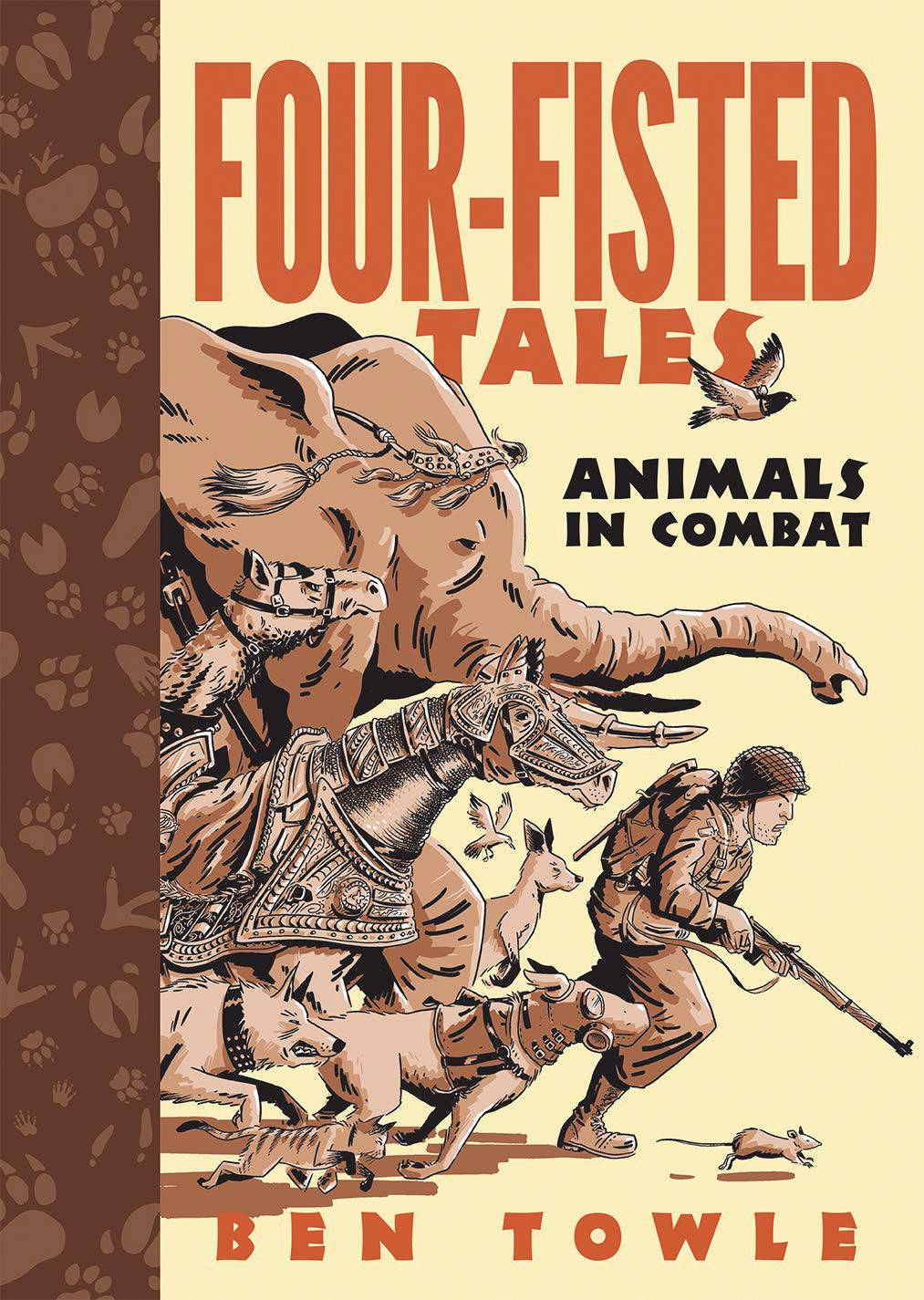 #
JUN211436
(W) Ben Towle (A) Ben Towle
In virtually every military conflict in recorded history animals have fought - and often died - alongside their human counterparts. While countless stories of the men and women who've served in the trenches, jungles, and deserts of the world's battlefields have been told, Four-Fisted Tales: Animals in Combat shares the stories of the animals who fought alongside them. From Hannibal's elephants in ancient Rome to mine-sniffing rats in Vietnam and everything in between, Four-Fisted Tales highlights the real-life contributions of these underappreciated animal warriors.
In Shops: Aug 18, 2021
SRP: $24.95