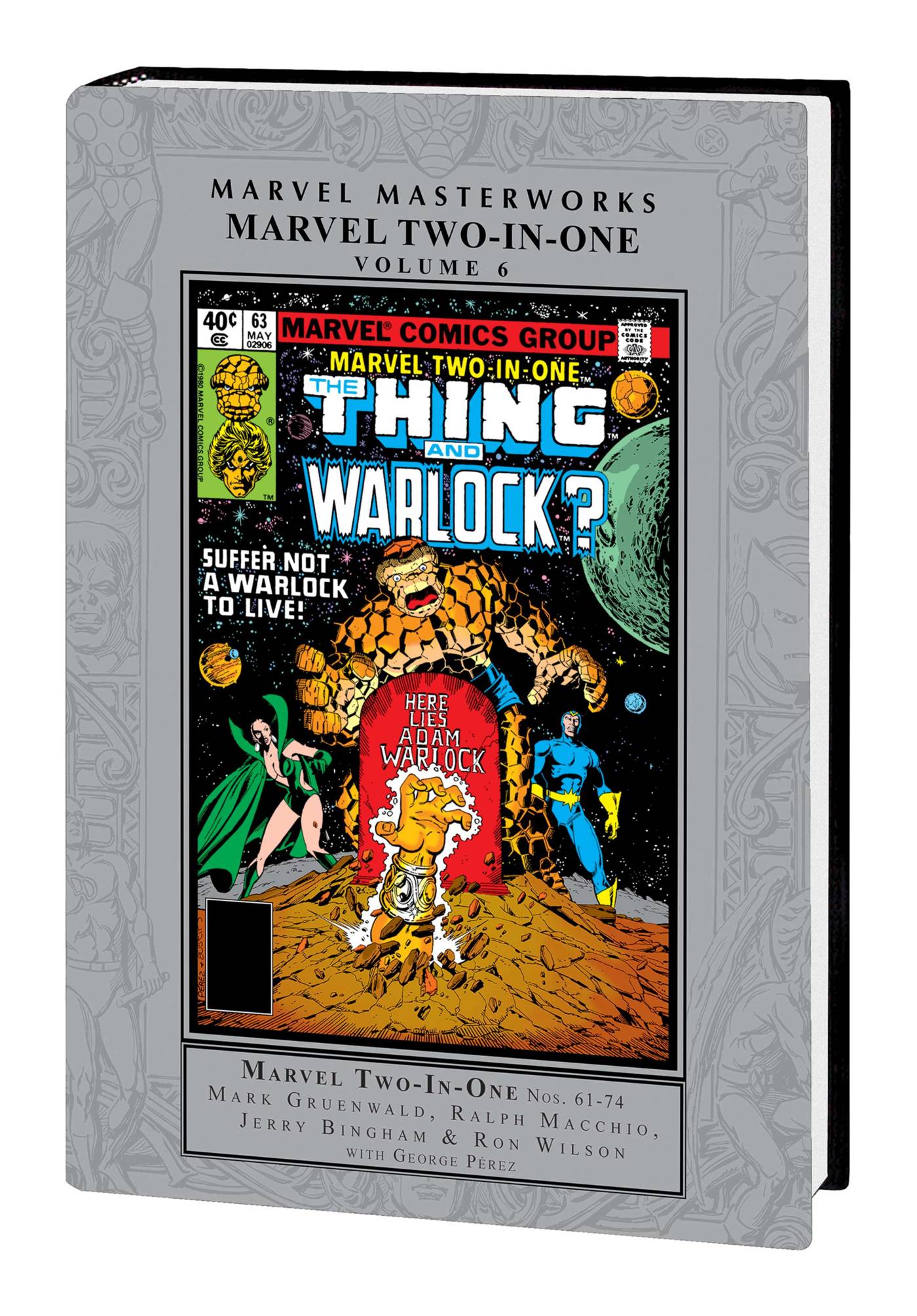 #
JUN210828
(W) Chris Claremont, More (A) Herb Trimpe, More (CA) Alan Davis
Remember when the FF encountered Him? Well, Thing and Starhawk discover Her! This sets off a multi-part saga of cosmic proportions that draws in Moondragon, the High Evolutionary and - wouldn't you know it, the being formerly known as Him: Adam Warlock! But isn't he dead? Then, the Thing fights alongside Stingray, Scarlet Witch and Triton in an underwater adventure against the Serpent Squad! Further team-ups with Hyperion and the Angel set up another mini-epic teaming the Thing, Mister Fantastic and the Inhumans against the super-villainous threat of Maelstrom! This TWO-IN-ONE trip concludes with a battle against dinosaurs in a secret high-tech land with Quasar, Ben's old boss at Project PEGASUS, and a special Christmas issue with the Puppet Master! Collecting MARVEL TWO-IN-ONE (1974) #61-74.
Rated T
In Shops: Feb 16, 2022
SRP: $75.00
View All Items In This Series
ORDER SUBSCRIBE WISH LIST