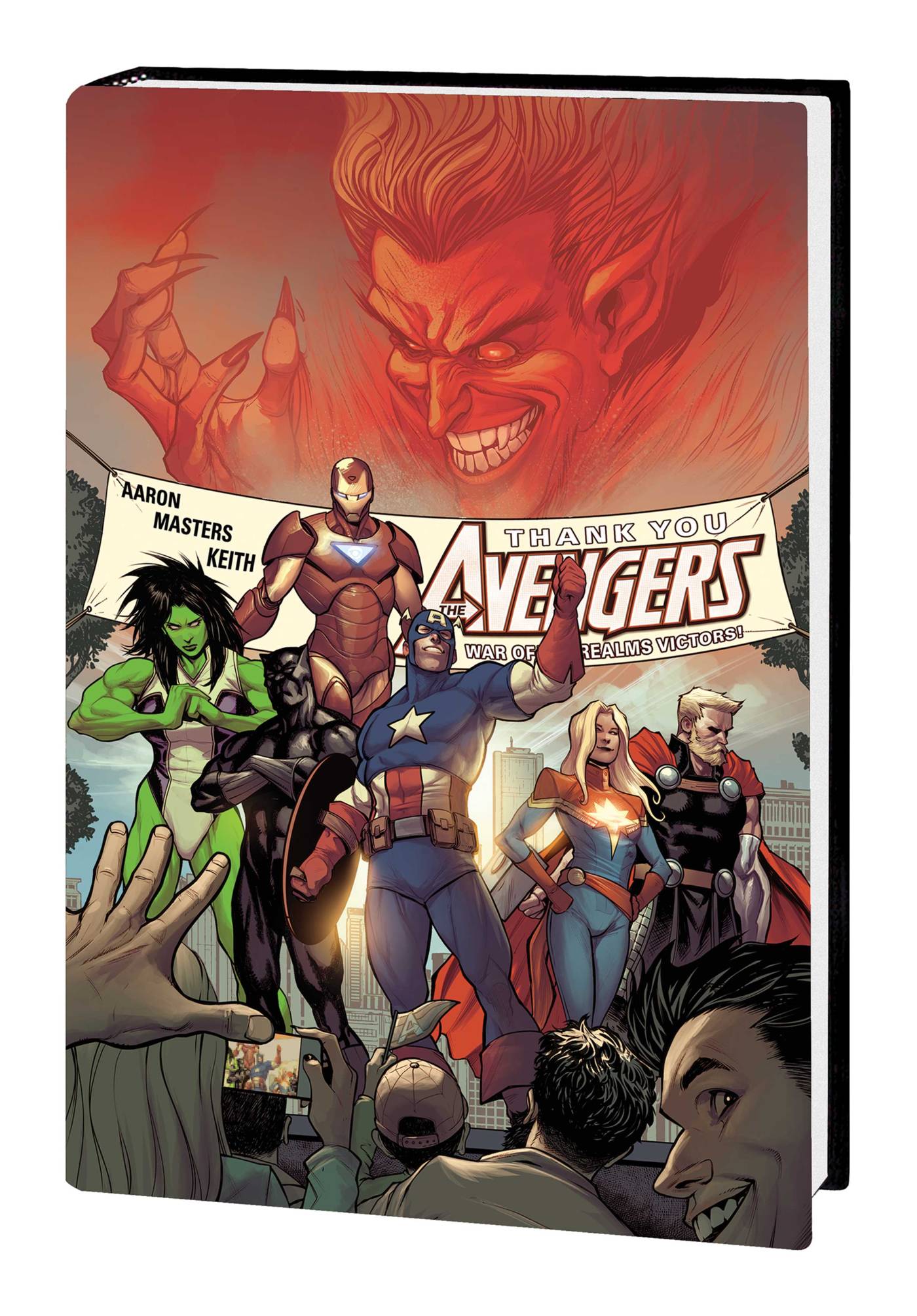 #
JUN210827
(W) Jason Aaron (A) Andrea Sorrentino, More (CA) Stefano Caselli
Vampires, Dark Elves and Frost Giants! Transylvania burns as a battle of the bloodsuckers throws the world into chaos! But the mysterious Shadow Colonel and his Legion of the Unliving have one question on their minds: Where is Dracula? For this deadly mission, Earth's Mightiest Heroes will have to call in an expert: Welcome to the Avengers, Blade! But when the dust settles and a new vampire order is established, who will be the Lord of the Damned? Then, as the War of the Realms rages, Avengers Mountain comes under siege by Malekith's forces, the Squadron Supreme of America protect Washington, D.C., and Captain Marvel leads the War Avengers in the final battle for Midgard! Plus: Get to know the Iron Fist of One Million BC! Collecting AVENGERS (2018) #13-21 and material from FREE COMIC BOOK DAY 2019 (AVENGERS/SAVAGE AVENGERS).
Rated T+
In Shops: Feb 09, 2022
SRP: $39.99
View All Items In This Series
ORDER SUBSCRIBE WISH LIST