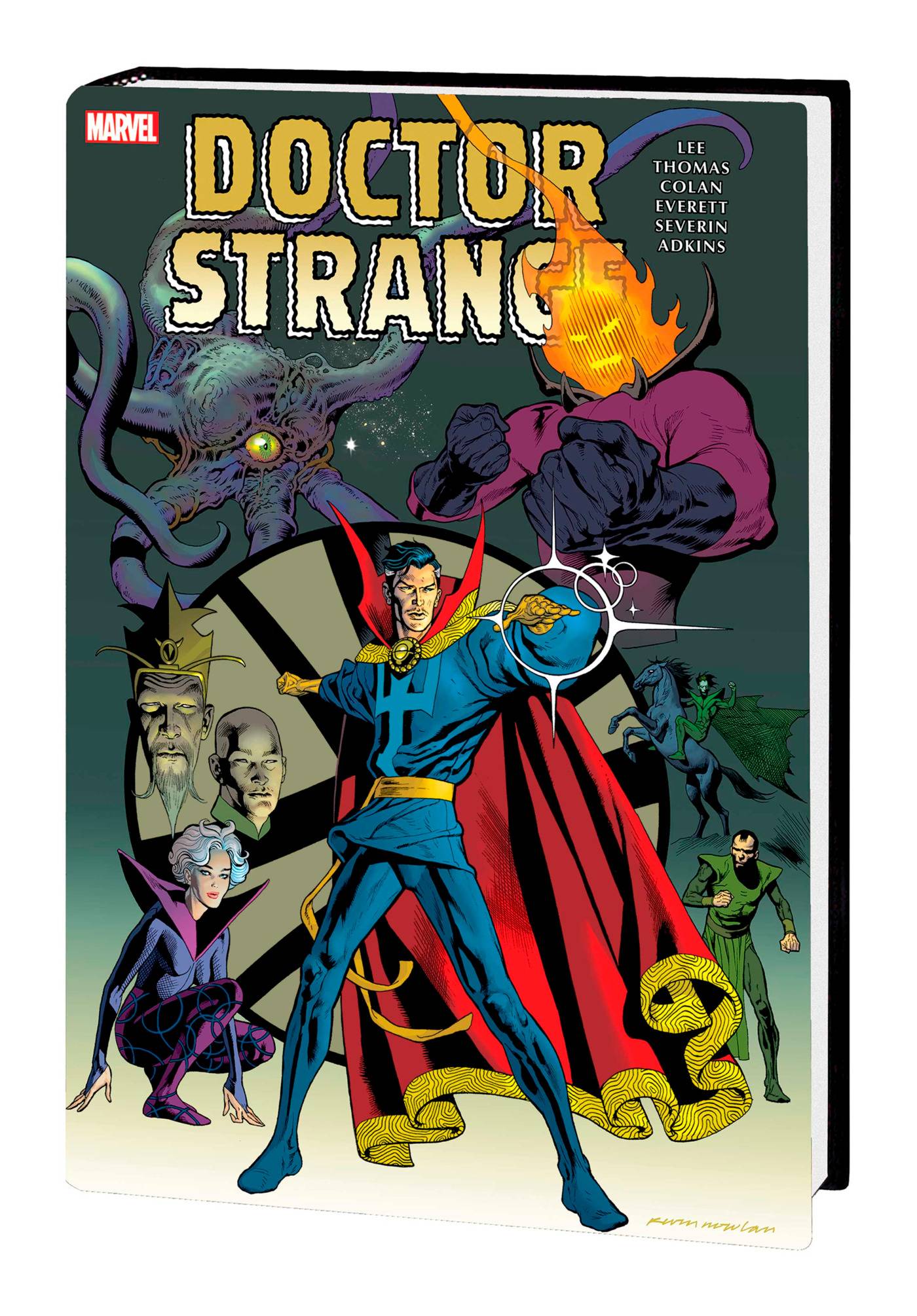 #
JUN210817
(W) Chris Claremont, More (A) Herb Trimpe, More (CA) Alan Davis
With an unmatched roll call of amazing Marvel creators, our second Doctor Strange Omnibus is guaranteed to cast a spell on you! The adventures of the Master of the Mystic Arts continue as Doctor Strange faces Kaluu, the mystic threat from the Nameless Nowhere! Other legendary tales include the origin of the Ancient One, the return of Baron Mordo, an otherworldly odyssey to save Victoria Bentley and the arrival of the Living Tribunal! And in 1968, Doctor Strange received his own solo title, allowing the Sorcerer Supreme to soar to new horizons - including showdowns with Eternity and Dormammu, a new costume and the beginnings of the Defenders! Collecting DOCTOR STRANGE (1968) #169-183, AVENGERS (1963) #61, SUB-MARINER (1968) #22, INCREDIBLE HULK (1968) #126 and material from STRANGE TALES (1951) #147-168, MARVEL FEATURE (1971) #1 and NOT BRAND ECHH #13.
Rated T
In Shops: Jan 26, 2022
SRP: $100.00
View All Items In This Series
ORDER SUBSCRIBE WISH LIST