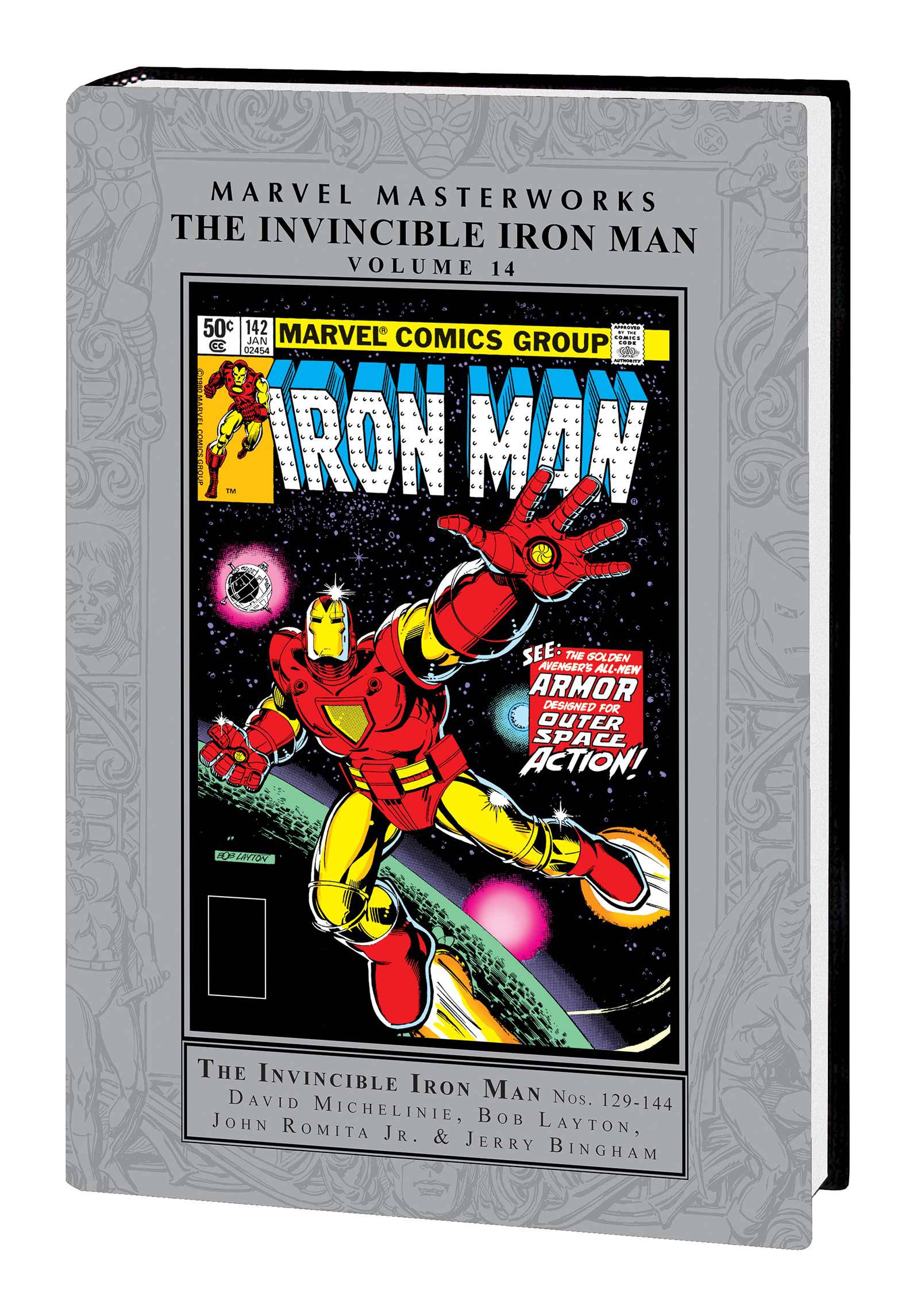 #
JUN210771
(W) David Michelinie, More (A) More (A/CA) Bob Layton
The Marvel Masterworks continue David Michelinie and Bob Layton's timeless IRON MAN run! Tony Stark recovers from his problems with the bottle by throwing himself into globetrotting business (and pleasure), but his enemies aren't giving him an edge: The All-Devourer awaits in Hong Kong, the Titanium Man is ready to tango in Times Square and Force makes his brutal debut in the Bahamas! But sometimes it's your friends you need to worry about the most: Can Stark beat back a hostile takeover of his company by Nick Fury and S.H.I.E.L.D.? With rich characterizations, a vibrant supporting cast and a steady stream of new armor designs, Michelinie and Layton prove they're just getting started! Collecting IRON MAN (1968) #129-144.
Rated T
In Shops: Jan 05, 2022
SRP: $75.00
View All Items In This Series
ORDER SUBSCRIBE WISH LIST