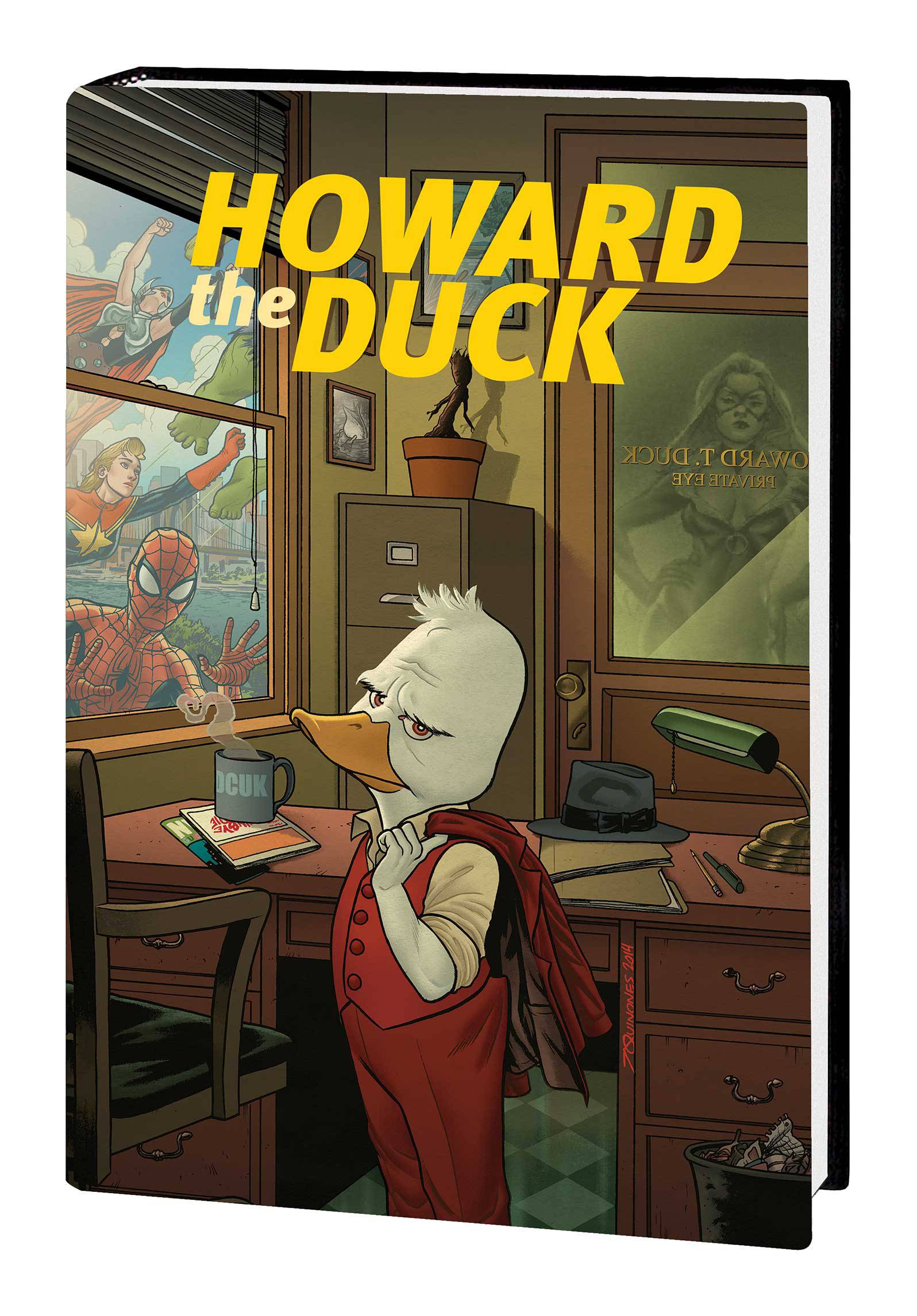 #
JUN210756
(W) Chip Zdarsky, More (A) More (A/CA) Joe Quinones
Trapped in a world he's grown quite accustomed to! Howard the Duck returns, courtesy of the sensational creative team of Chip Zdarsky and Joe Quinones - they're the duckiest! The furious fowl is taking on weird cases as the Marvel Universe's newest and most feathery private investigator, and his new job will take him everywhere from the Savage Land to across the cosmos! Howie shares offbeat adventures with Rocket Raccoon, Squirrel Girl, Gwenpool, She-Hulk and more - but his strangest case of all may just be the disappearance of Hollywood's Lea Thompson! Plus: What's a duck to do when the Ten Realms go to waugh...sorry, we mean war? Collecting HOWARD THE DUCK (2015A) #1-5, HOWARD THE DUCK (2015B) #1-11, THE UNBEATABLE SQUIRREL GIRL (2015B) #6 and material from WAR OF THE REALMS: WAR SCROLLS #1.
Rated T+
In Shops: Feb 16, 2022
SRP: $60.00
ORDER WISH LIST