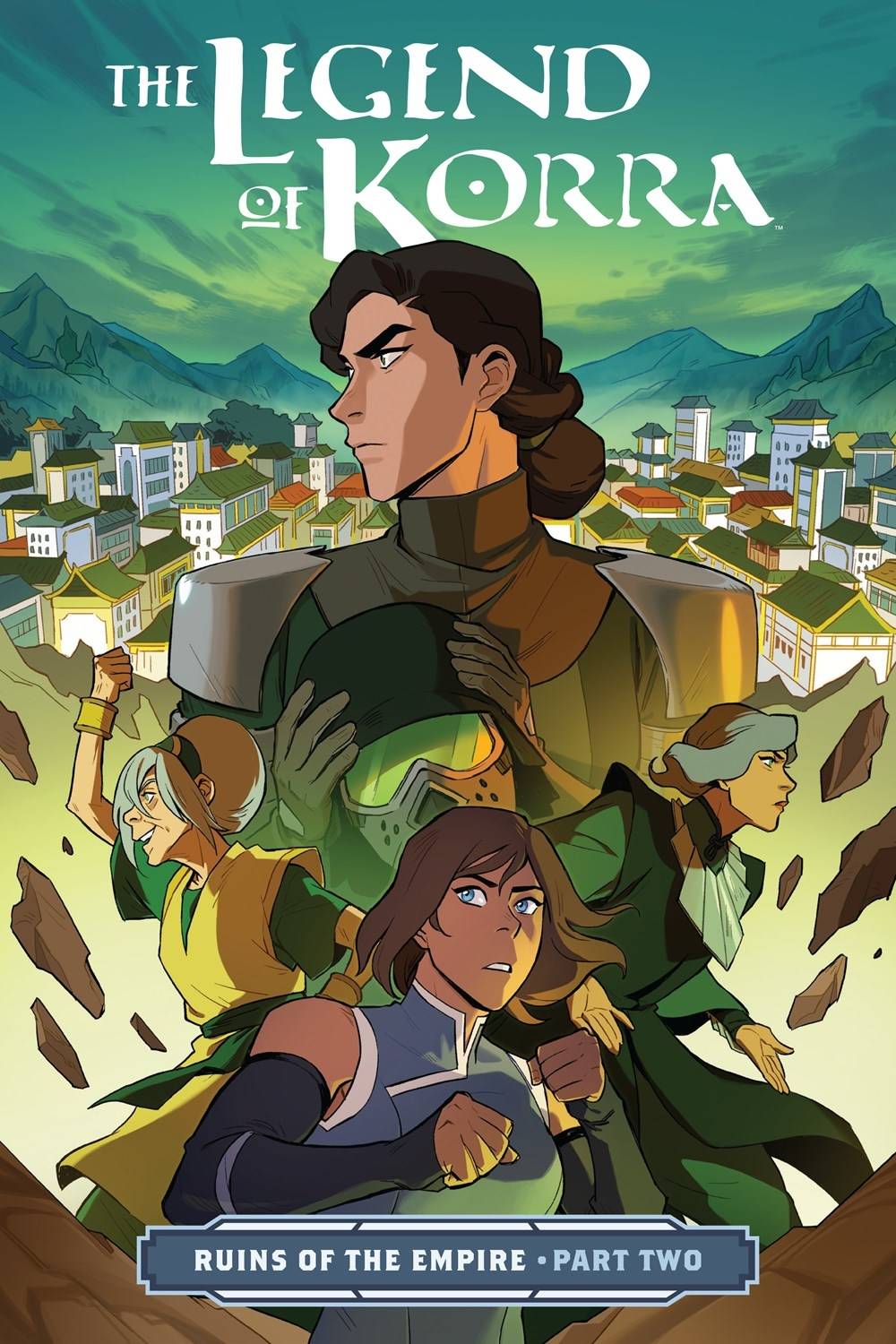 King Wu's dreams of peacefully transitioning the Earth Kingdom into a democracy are in danger when Commander Guan throws his political hat in the ring, hoping to subvert the new system from the inside out. But playing fair was never part of his plan; Guan and Dr. Sheng are using terrifying new technology to cement Guan's win! In a desperate attempt to save the Earth Kingdom from falling back into the dark days of conquest and empire, Korra and Kuvira convince an old friend to return and take the former commander on in the polls. But will it be enough?

Written by series co-creator Michael Dante DiMartino and illustrated by Michelle Wong (Goosebumps: Download and Die), with consultation by Bryan Konietzko, this is the ultimate continuation of the beloved television series!
In Shops: Aug 04, 2021
SRP: $12.99
View All Items In This Series
PREORDER SUBSCRIBE WISH LIST