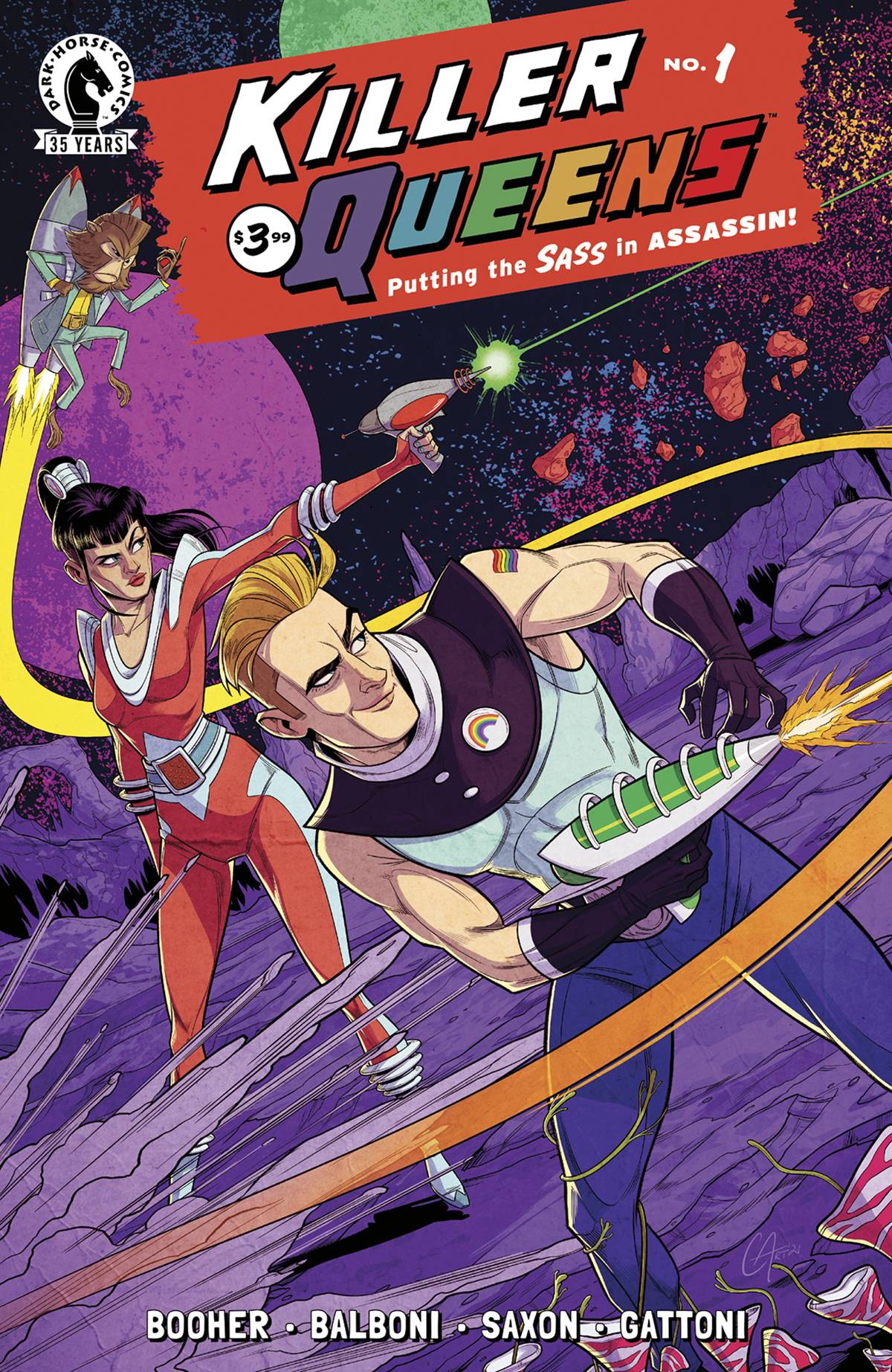 #
JUN210284
(W) David M. Booher (A) Claudia Balboni (CA) Chris Ables
Meet Max and Alex. Reformed intergalactic assassins for hire. On the run. Also super gay. Their former boss-a fluffy monkey with a jetpack-is hot on their tail to take back his stolen ship. They gotta eat, so they take a mission from Alex's old flame. Your standard no-kill, casualty-free kidnapping recovery from a nearby moon. Only complication? Half the moon is ruled by a fascist dictator hostile to foreigners. They're the Killer Queens, so what could possibly go wrong?