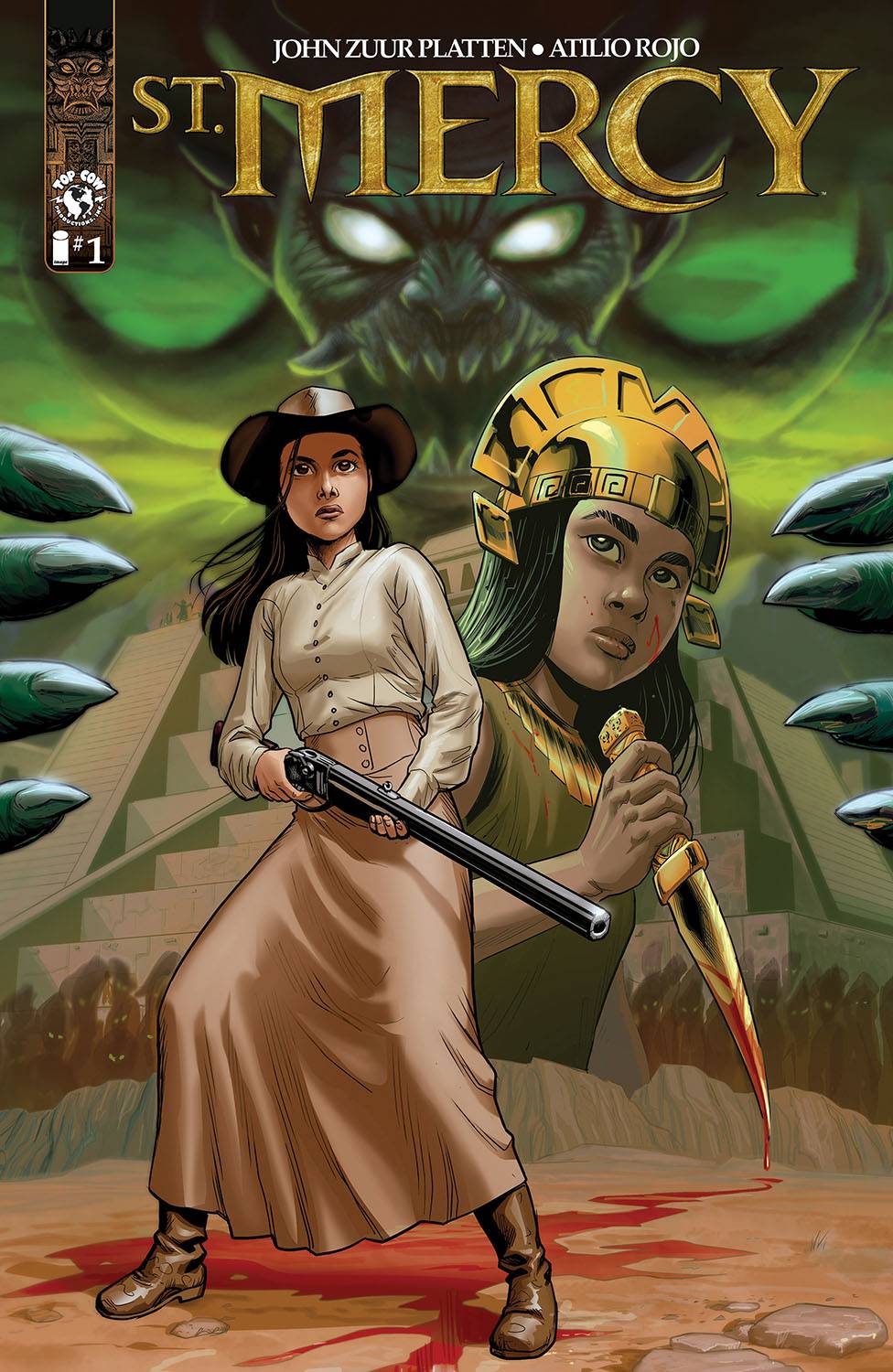 #
JUN210074
(W) John Zuur Platten (A/CA) Atilio Rojo
NEW MINISERIES!
A tale of vengeful retribution, ST. MERCY pits the Incan Empire against the American West - and features two strong, determined young women who must defy authority and ultimately embrace their destiny. Mercedes Oro is one of the surviving descendants of the Incans who has been charged with protecting a cache of cursed gold used in their child sacrifice rituals. But when an outlaw tries to steal the gold for his band of thieves, he unknowingly sets events in motion that will unleash an angry god who is willing to travel through the centuries to have what he desires.

From the writer of Jurassic World: Evolution, The Chronicles of Riddick: Dark Athena, and Wanted: Weapons of Fate comes a revenge tale that spans a millennia!
In Shops: Aug 25, 2021
SRP: $3.99
View All Items In This Series