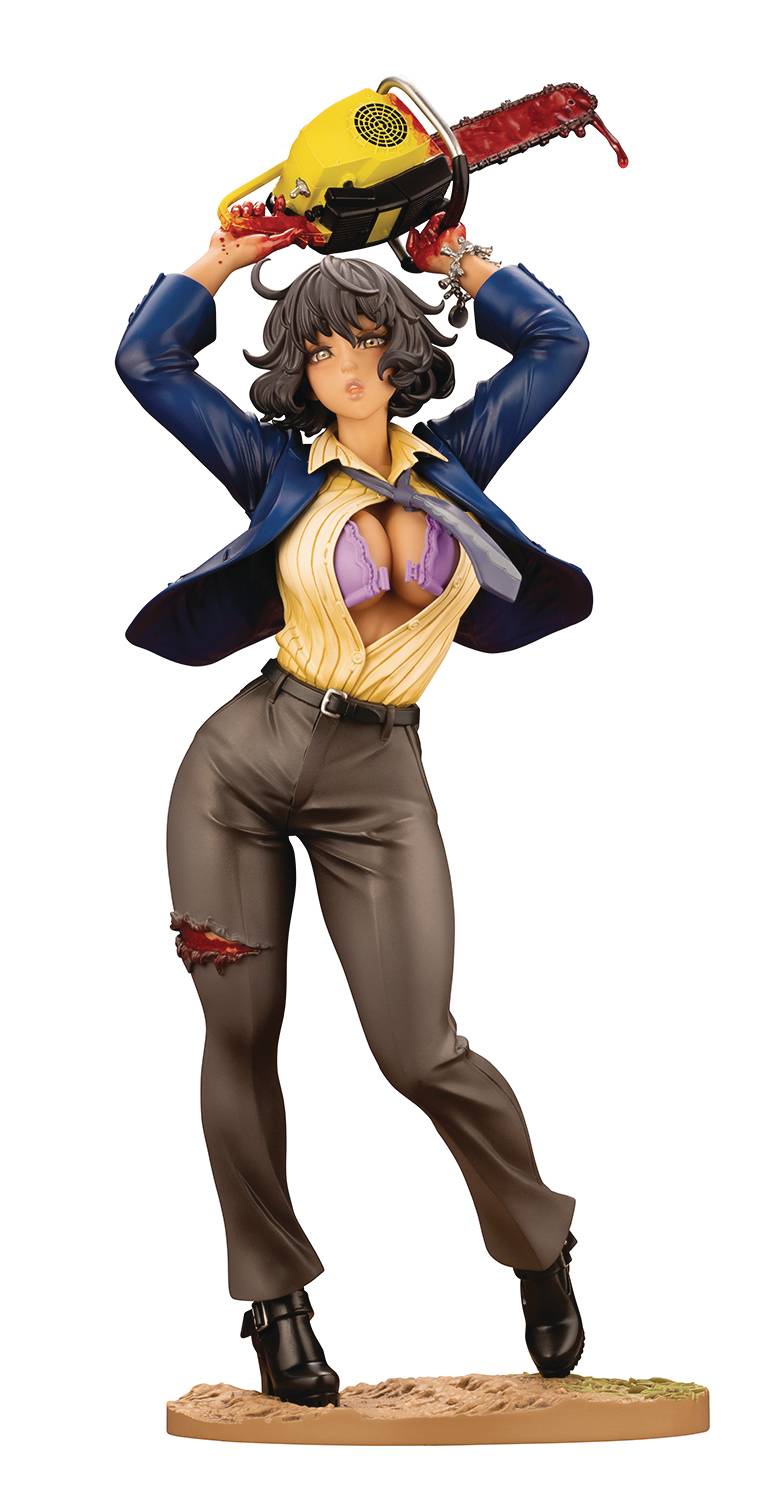 # # # # # #
JUN208497
From Kotobukiya. Leatherface from The Texas Chainsaw Massacre joins the Horror BISHOUJO lineup with the infamous chainsaw dance scene used as a motif! The sculpt of the large chainsaw Leatherface can be seen swinging around uses the same sculpt data that was used in the previously released Leatherface BISHOUJO statue! The Pretty Woman Mask face part is included with this statue, further enhancing her madness and eeriness. This statue comes with a base that exemplifies the vast Texas roads covered in large tire tracks, reminding fans of the climax of the film. Line this statue up with the Leatherface BISHOUJO statue that comes complete with a yellow apron, and recreate the story of The Texas Chainsaw Massacre in your very own home!