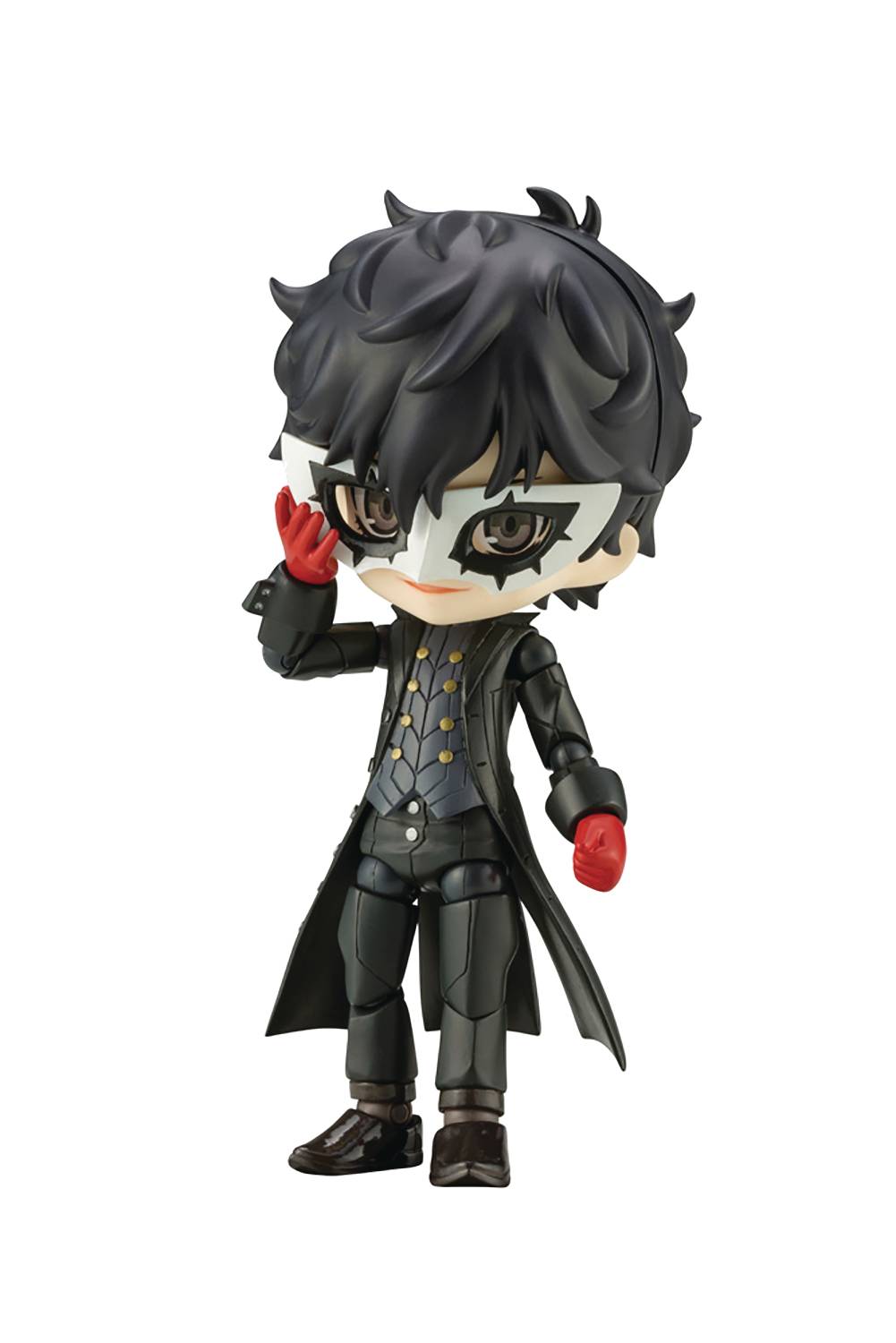 # # # # # # #
JUN208009
From Kotobukiya. From the popular Persona 5, HERO Phantom Thief ver. is reborn as a Cu-poche! Cu-poche are pocket-sized action figures with non-scale proportions that give them a cute appearance. Despite their small stature, Cu-poche figures enjoy a wide range of movement, allowing them to be displayed in a variety of poses. The protagonist of Persona 5 and leader of the Phantom Thieves of Hearts, Joker is ready for his next heist, equipped with a removable rendition of his signature mask and the Rebel Knife and Tkachev from the game. Change out the face parts to recreate scenes from the game or anime!