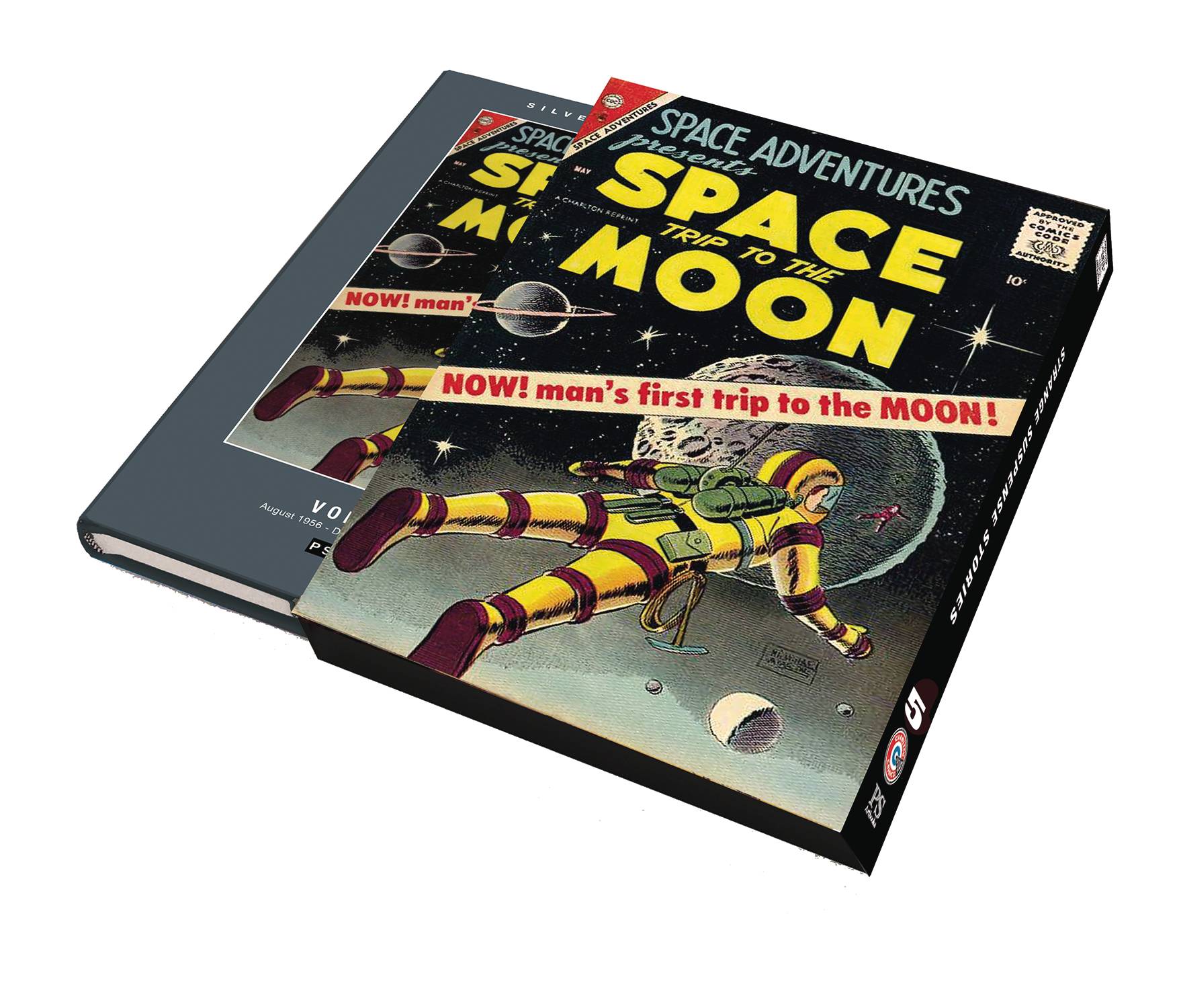 #
JUN201293
(A) Dick Giordano, Bill Molno, Charles Nicholas, Dick Rockwell, Steve Ditko, John Severin, Maurice Whitman, Rocco Mastroserio
Space Adventures Volume 5 is a bumper-full line-up from Charlton Comics which has everything you could ever imagine! Issue #23 tells the tale of our "First Trip To The Moon": scientist Charles Cargreaves and General Thayer are bound and determined to put an American rocket on the Moon. And they have to leave now, before the government can stop them. This baby near on demands that you dig out that old goldfish bowl and holster your interstellar raygun four-color-fans. Writers and artists include Charles Nicholas, Dick Rockwell, Steve Ditko, John Severin, Bill Molno , Maurice Whitman, Dick Giordano, and Rocco Mastroserio. Collects Space Adventures #21, 23-26 (August 1959, May-December 1958).
In Shops: Dec 30, 2020
SRP: $56.99
View All Items In This Series