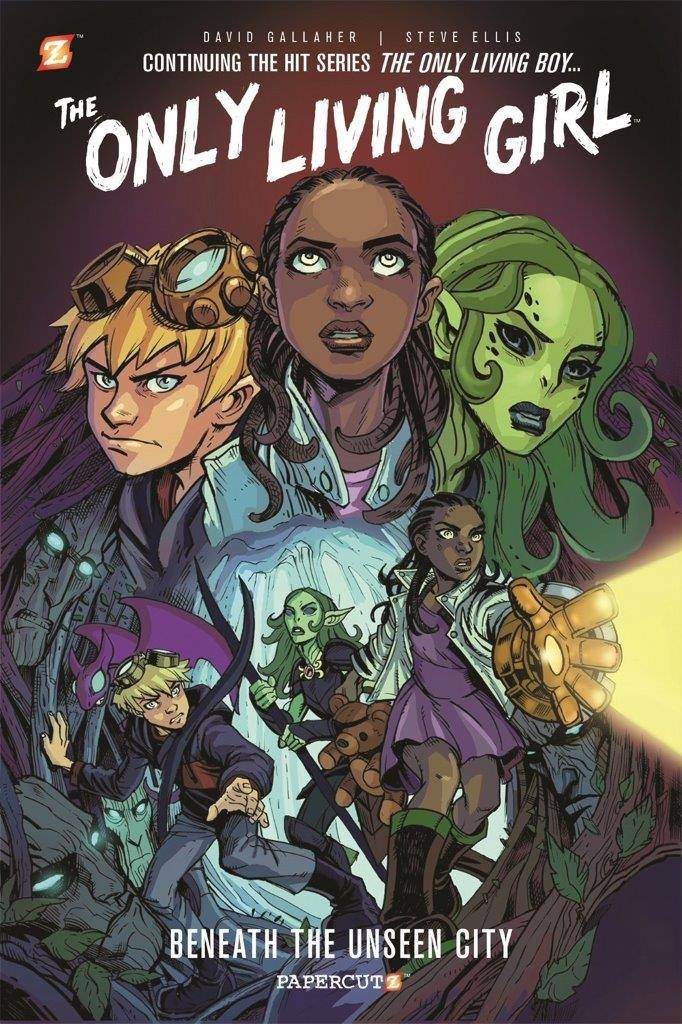 #
JUN201265
(W) David Gallaher (A) Steve Ellis
Return to the Patchwork Planet with Erik and friends in the continuation of this beloved series!
Harvey Award-winning graphic novel stars David Gallaher and Steve Ellis return with their mysterious world full of super science... and ancient secrets, in the second follow-up graphic novel to THE ONLY LIVING BOY series. When members of her city are poisoned by an unknown element, Zandra Parfitt, known as "Zee," discovers there's only one place to find help: Dianoia, the deadly catacombs under an invisible city. But when Zee, and her friends, Erik Farrell, the Only Living Boy, and Morgan the Mermidonian warrior, embark on their quest, they quickly realize that their lives are also at risk. And if their adventure doesn't destroy them... the Consortium and the diabolical Doctor Twice are lurking in the wings to finish the job.
In Shops: Aug 26, 2020
SRP: $13.99
View All Items In This Series