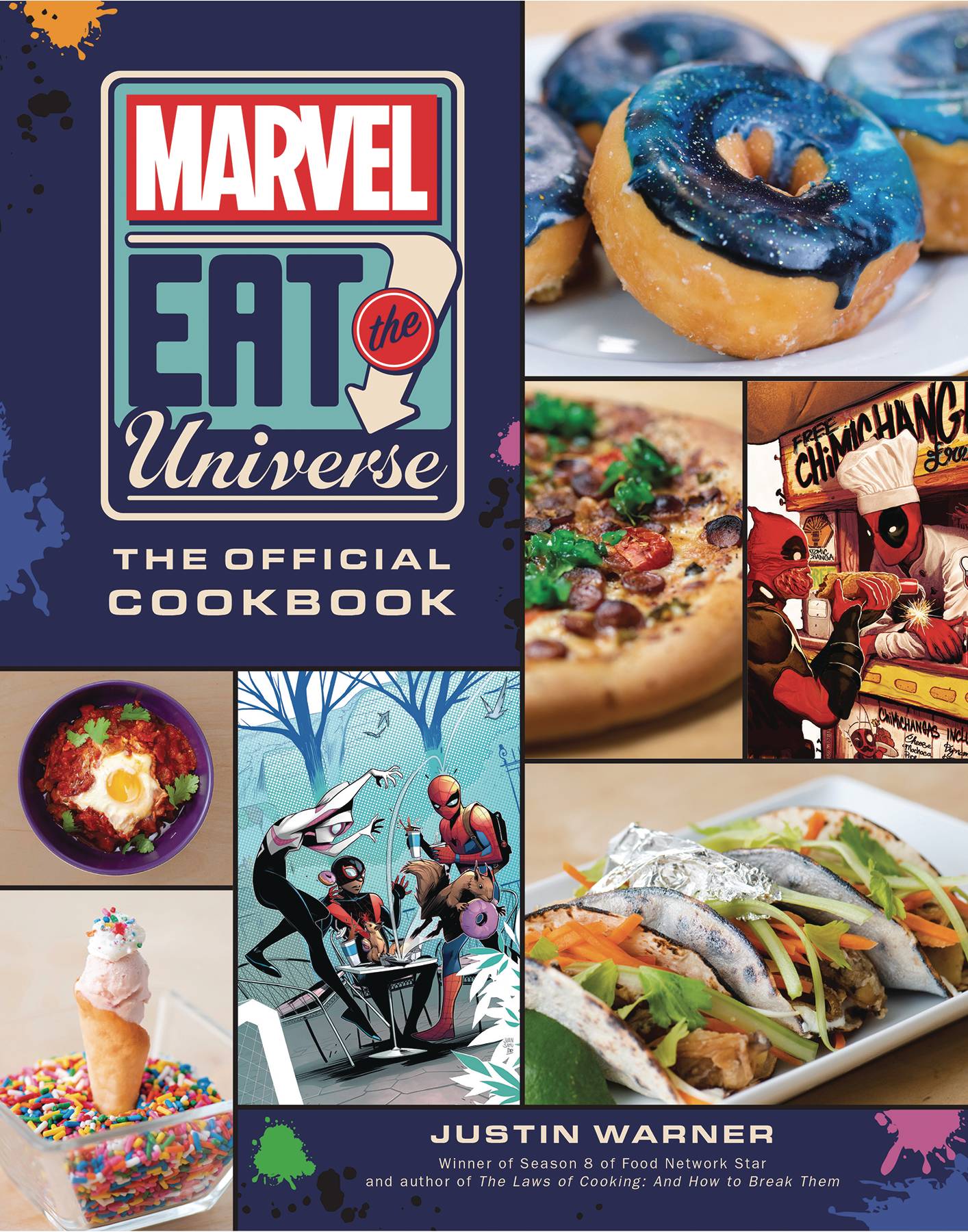 #
JUN201182
(W) Justin Warner
Feast your way through the world of Marvel Comics with celebrity chef Justin Warner in Marvel Eat the Universe: The Official Cookbook. Chef Justin Warner invites you to pull up a chair and explore the Marvel Universe through these creative dishes inspired by Marvel's heroes. Based on the hit digital series hosted by Warner, this ultimate compendium of recipes will feature dishes that span a variety of skill levels including Phoenix Hot Chicken and Egg Bowl, Storm's Tournedos, Dazzler's Glittering Pizza Bagels, Hulk Smashed Potatoes, and more. With sixty recipes inspired by Marvel Comics' rich history, this cookbook offers something delicious for fans from every corner of the multiverse.
In Shops: Jul 29, 2020
SRP: $29.99