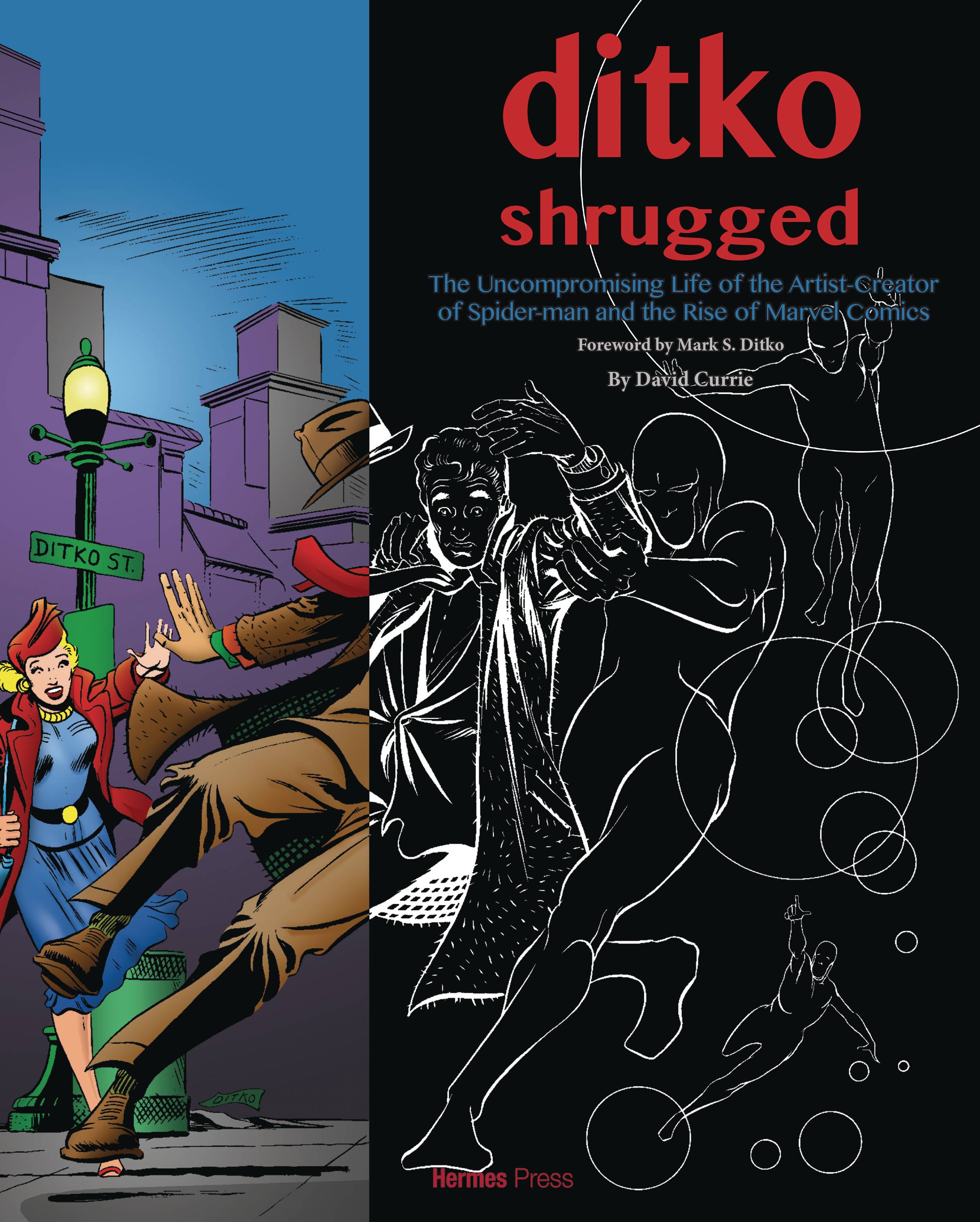 #
JUN201163
(W) David Currie
The first in depth biography of comics-legend Steve Ditko, in his own works, taken from years of correspondence with author David Currie and endorsed by the Ditko family with a Foreword by Mark S. Ditko. Steve Ditko was the last of a generation of American comic book artists who created powerful modern-day mythology and became among the most influential and original creators of the 20th century. He co-created Spider-Man along with Stan Lee, but walked away from the character in the 1960s just as it was gaining popularity. He died alone at 90, known to the comic book industry as a "cranky recluse."
In Shops: Dec 30, 2020
SRP: $49.99
ORDER WISH LIST