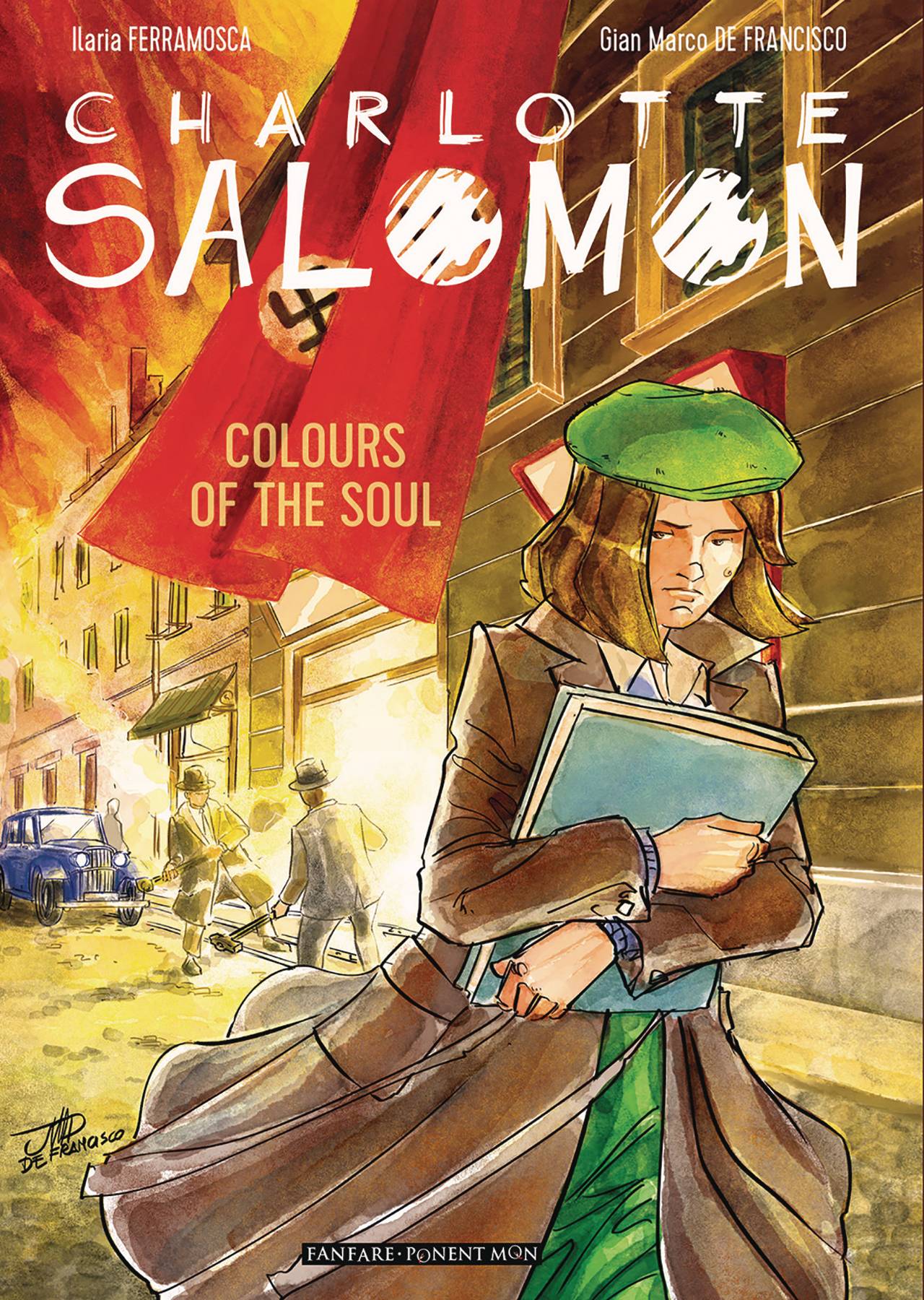 #
JUN201074
(W) Julian Frey (A/CA) Lucas Varela
Charlotte Salomon (Berlin, April 16, 1917 - Auschwitz, October, 10 1943) was a young Jewish artist from a prosperous family whose mother committed suicide when she was just nine-years-old. In 1938, increasing anti-semitic policies caused her to escape to the south of France to live with her grandparents. She began painting what became over 1000 gouaches consisting of 769 of the paintings depicting a somewhat fantastical autobiography preserving main elements of her life. In 1943 she handed the work over to the local doctor with the wish that he "Keep this safe, it is my whole life." By September she was transported to the Auschwitz gas chambers when five months pregnant.
In Shops: Dec 23, 2020
SRP: $22.00