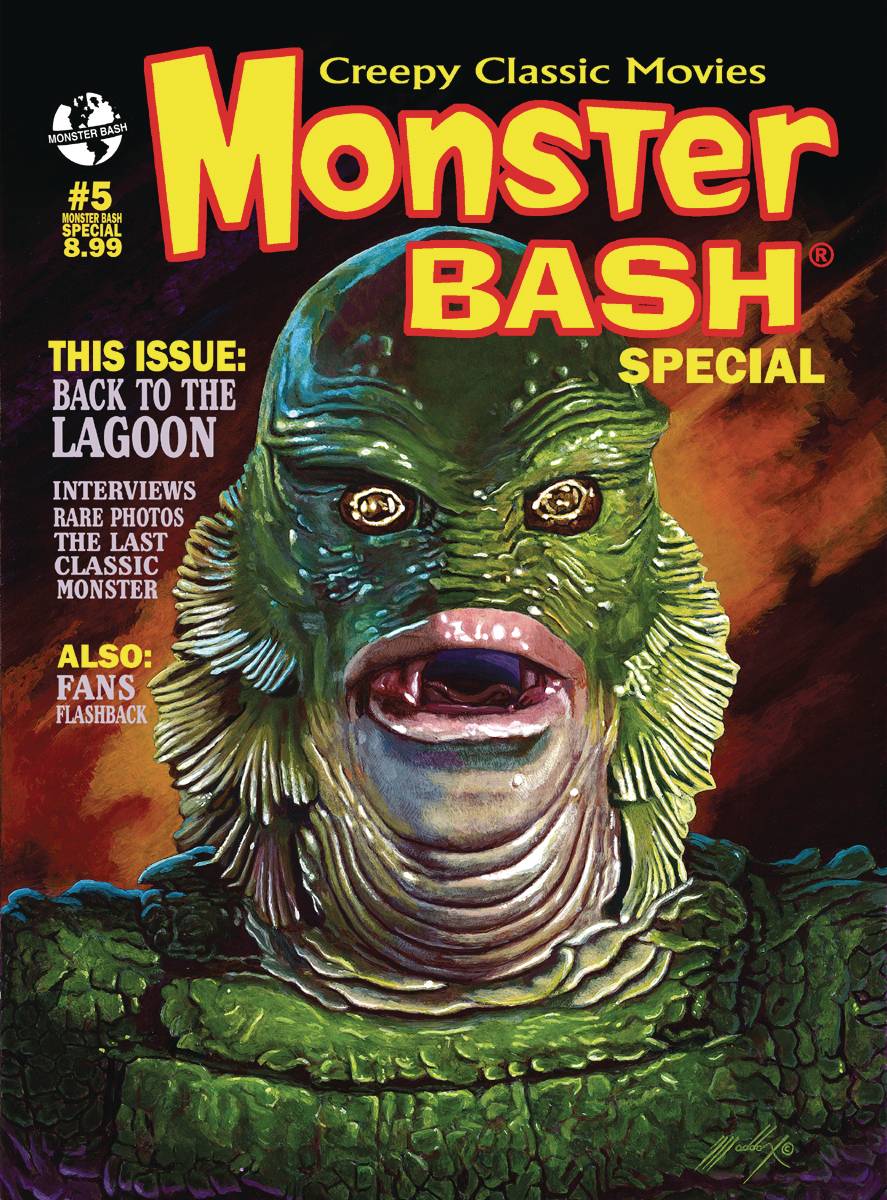 #
JUN201023
An all Creature from the Black Lagoon special tribute glossy magazine! Interviews with the men in the Creature suit: Ben Chapman and Ricou Browning. A deep look in the black lagoon and the Universal Studios trilogy of films. The movies of other "Creatures," TV appearances and more. Writers include film historians Frank Dello Stritto and Tom Weaver, Thom Shubilla, Leonard Hayhurst, Ron Adams. Plus, film fans talk about the impact of the Creature.
In Shops: Aug 05, 2020
SRP: $8.99
View All Items In This Series