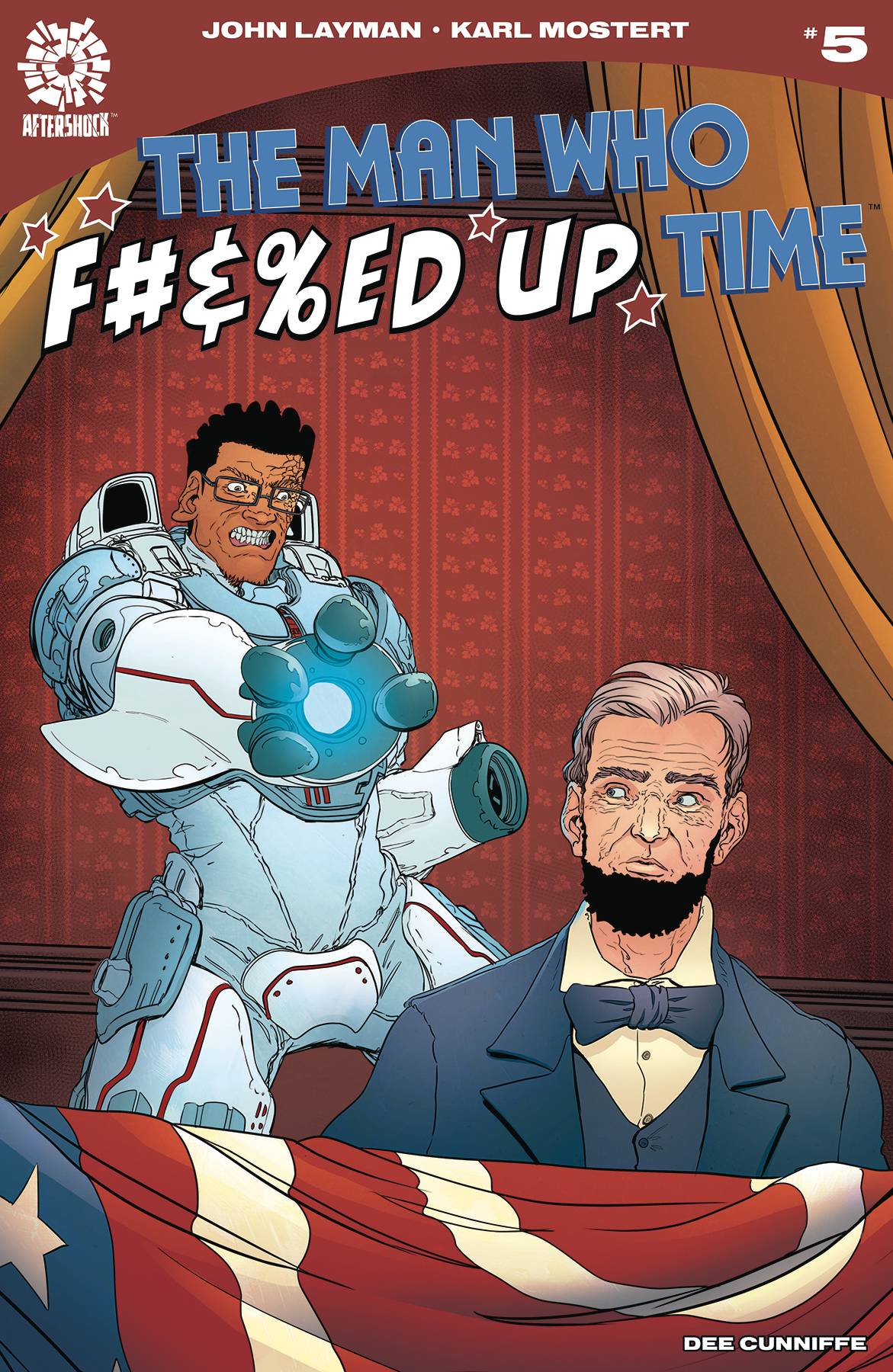 #
JUN200881
(W) John Layman (A/CA) Karl Mostert
Time's up for Sean Bennett, the very unfortunate man who f#%&ed up time and now has a death sentence handed down by the dreaded cyborg Future Police. The past has been f#%&ed up, and it looks like irrevocably so. What does this mean for the future? Nothing good!
A time-twisted sci-fi action-comedy, a butterfly effect noir, by multiple Eisner-winning writer John Layman (Chew, ELEANOR & THE EGRET) and talented newcomer Karl Mostert. Order it today...before time runs out!
In Shops: Aug 26, 2020
SRP: $3.99
View All Items In This Series
ORDER SUBSCRIBE WISH LIST