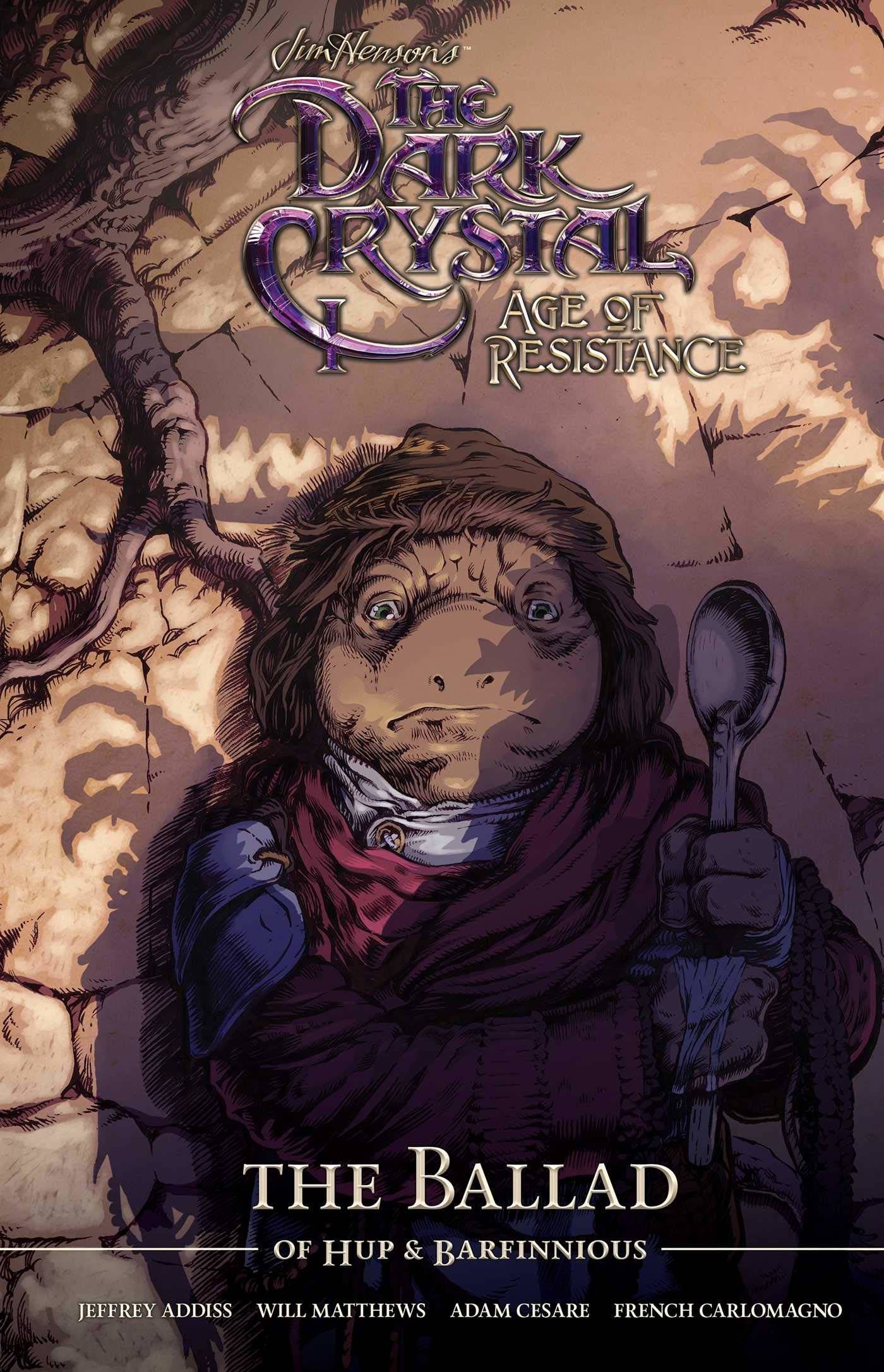 #
JUN200801
(W) Adam Cesare (A) French Carlomagno (CA) Conor Nolan
Based on a story by Jim Henson's The Dark Crystal: Age of Resistance series writers, Will Matthews and Jeffrey Addiss, Adam Cesare (Clown in a Cornfield) and French Carlomagno (Mighty Morphin Power Rangers) present an official prequel to the next chapter of the pop culture phenomenon, now streaming on Netflix.
Return to Thra in a time before the Age of Resistance to meet Hup-breakout star of Netflix's hit series; Jim Henson's The Dark Crystal: The Age of Resistance, and a Podling cook who dreams of being a Paladin-and who discovers that sometimes it's not always good when your wishes come true!
Collects issues #5-8 in this stand-alone adventure!
In Shops: Oct 14, 2020
SRP: $24.99