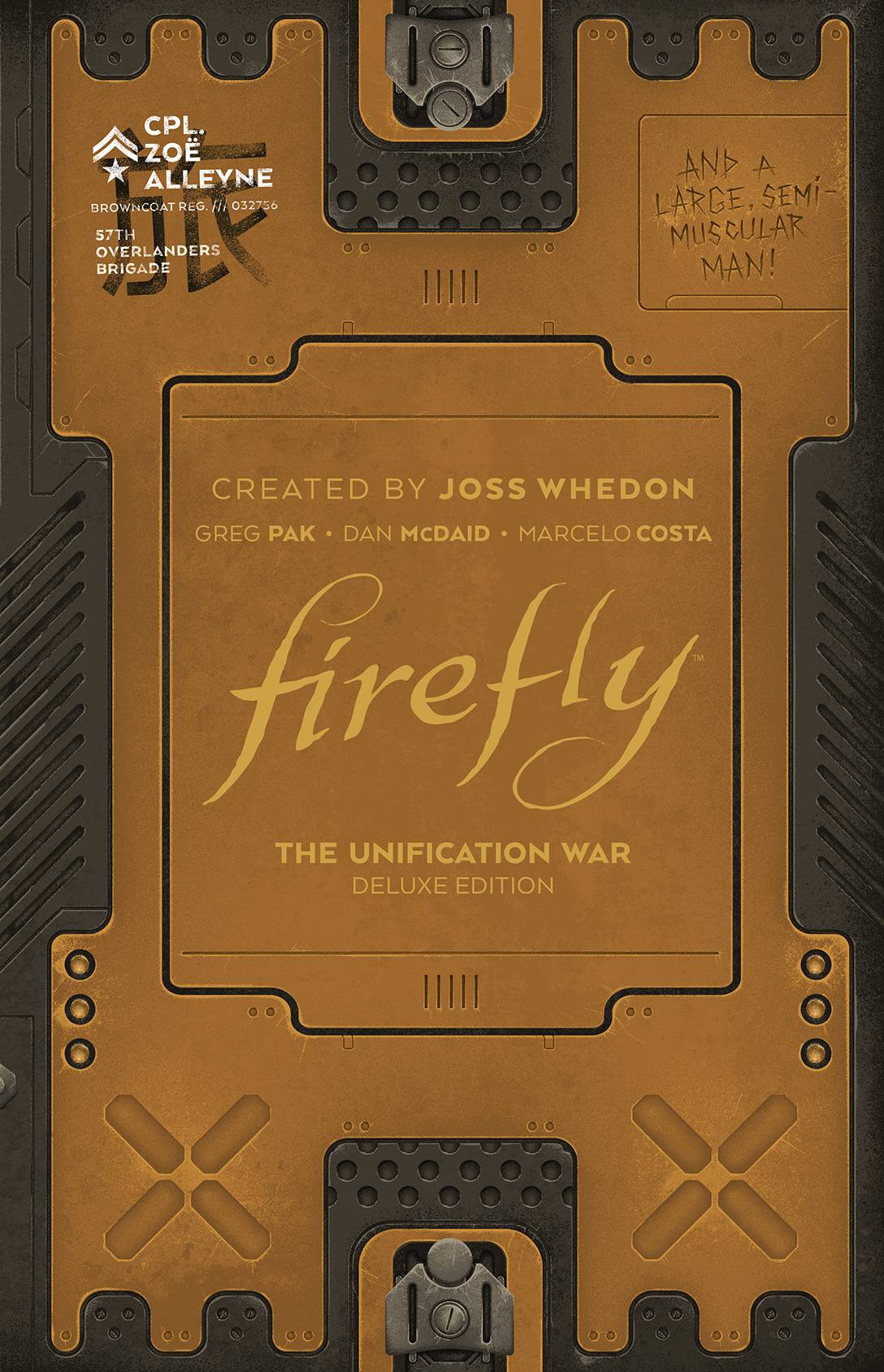 #
JUN200790
(W) Greg Pak (A) Dan McDaid (CA) Marie Krupina
Fans have demanded it for years and now the definitive story of the Unification War-the intergalactic civil war that divided friends and family alike-is told at last in this official continuation of the hit Firefly television series. New York Times best-selling writer Greg Pak (Star Wars, Mech Cadet Yu) and artist Dan McDaid (Judge Dredd), along with series creator & story consultant  Joss Whedon (the visionary writer/director behind Buffy The Vampire Slayer, Marvel's The Avengers and more), take you back to the battleground where it all began...and reveal a secret history that might end it all.
Collects Firefly #1-12, plus an exclusive short story not available anywhere else!
In Shops: Oct 28, 2020
SRP: $75.00