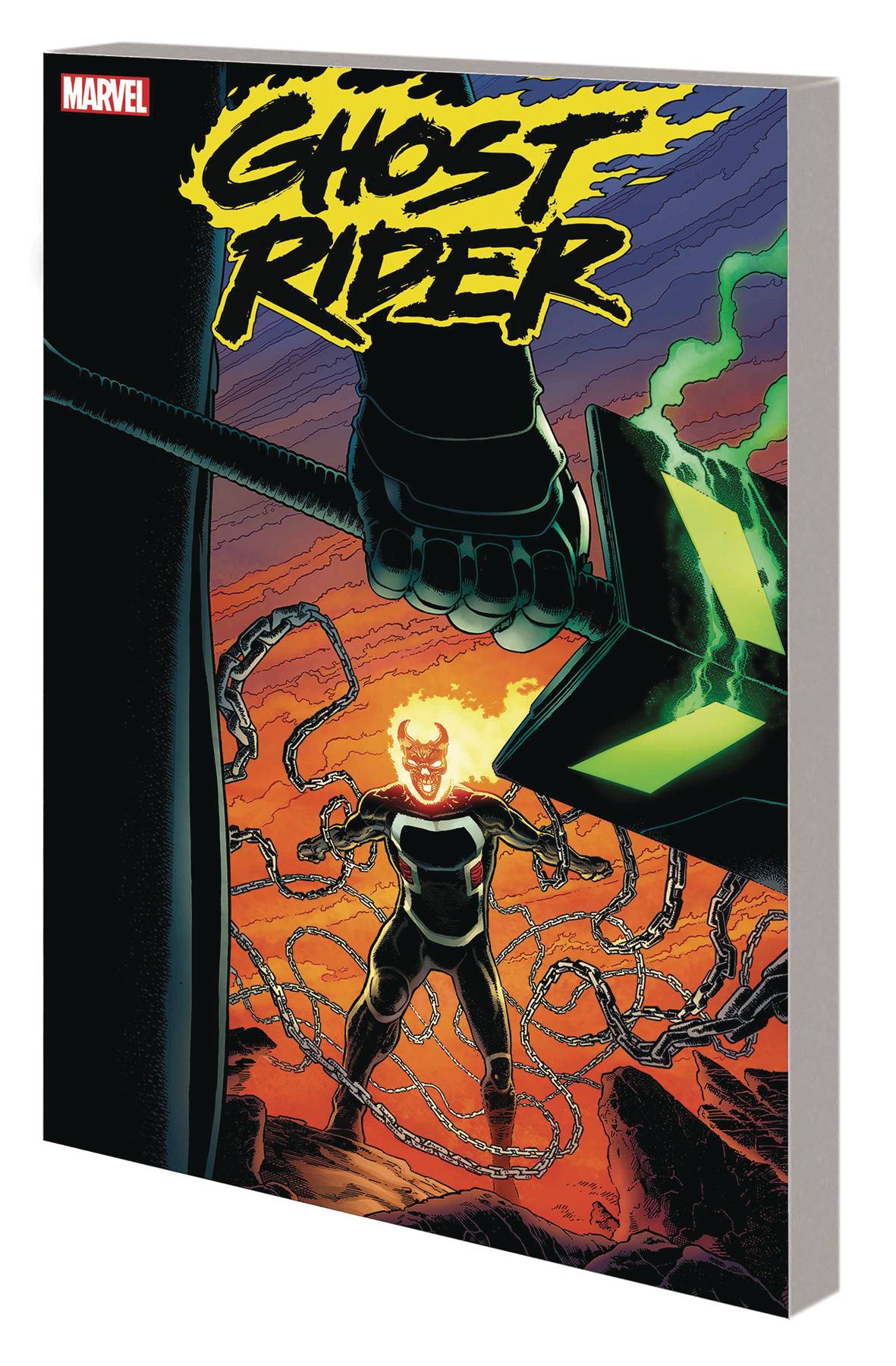 #
JUN200666
(W) Ed Brisson (A) Roland Boschi, More (CA) Aaron Kuder
Just when Dan Ketch thought he was out, he finds himself back in - and way over his head! Empowered by the Spirit of Corruption, what will Ketch's new status quo mean when he encounters Wolverine and the Punisher? Meanwhile, Johnny Blaze targets the man who had the power to free him from Hell, but chose not to lift a finger. Ghost Rider is out for revenge on Doctor Strange! But the real grudge match begins when the Spirits of Vengeance and Corruption face off! Plus: Since the dawn of man, they have cursed her name: Lilith! But when the netherworlds are united, they shall call her Queen! And on the far-out streets of Transverse City, meet the Ghost Rider of 2099! Collecting SPIRITS OF GHOST RIDER: MOTHER OF DEMONS, GHOST RIDER (2019) #5-7 and GHOST RIDER 2099 (2019) #1.
Rated T+
In Shops: Sep 09, 2020
SRP: $17.99
View All Items In This Series
ORDER SUBSCRIBE WISH LIST