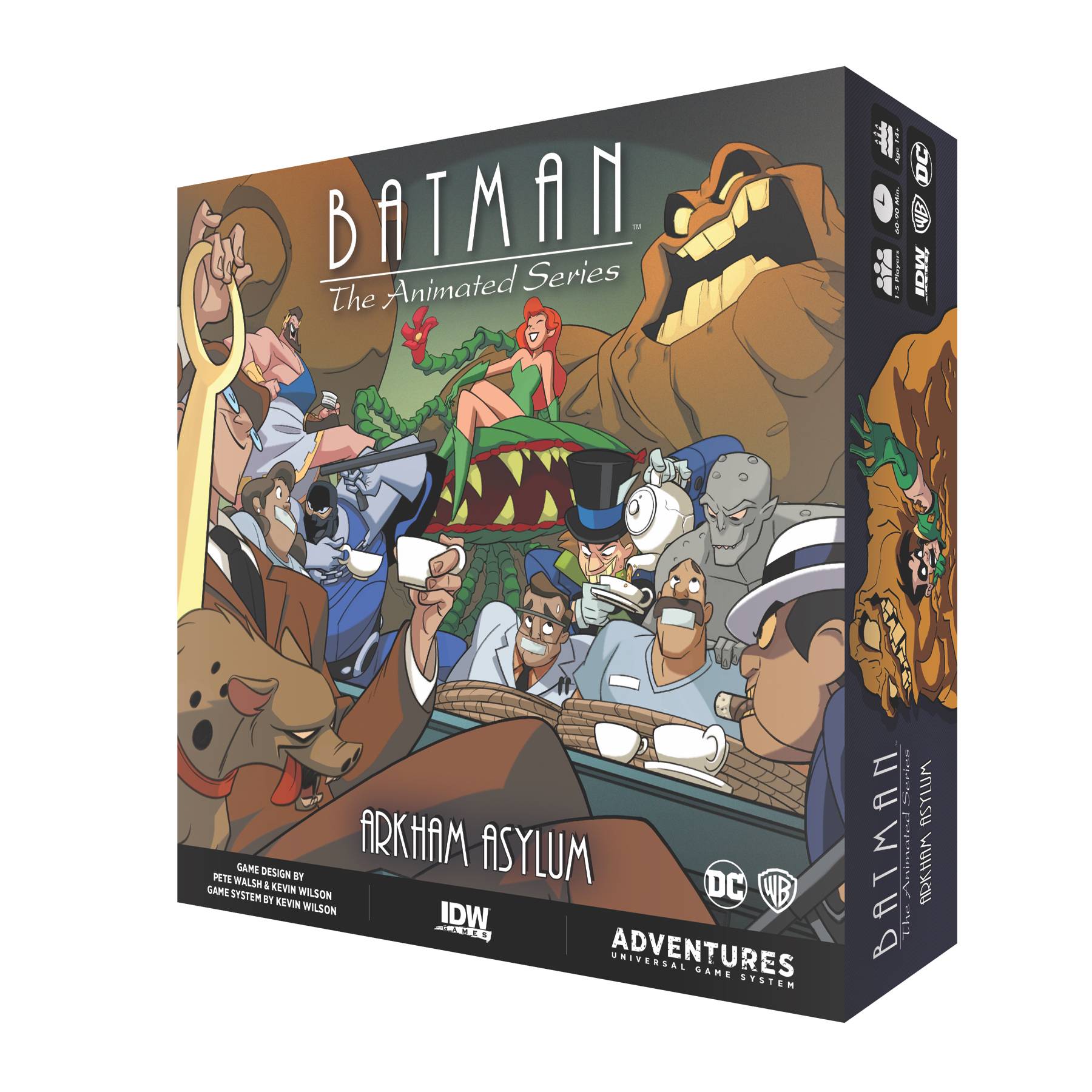 #
JUN200647
Batman: The Animated Series Adventures Arkham Asylum expansion adds 13 more missions to play through, and an all-new game mode: Clayface mode. In Arkham Asylum players will explore the halls of the infamous psychiatric hospital as they tangle with Clayface, Poison Ivy, Jervis Tetch, The Ventriloquist, Killer Croc, Maxie Zeus, Lock-Up, Clock King, Baby Doll, and Hugo Strange. In Clayface mode, each hero will be given a card that will indicate if they are who they appear to be, or if they're actually Clayface in hiding. At any time, the Clayface player can reveal their true identity, transforming into the massive Clayface, and turn on their former friends!
In Shops: Nov 11, 2020
SRP: $59.99