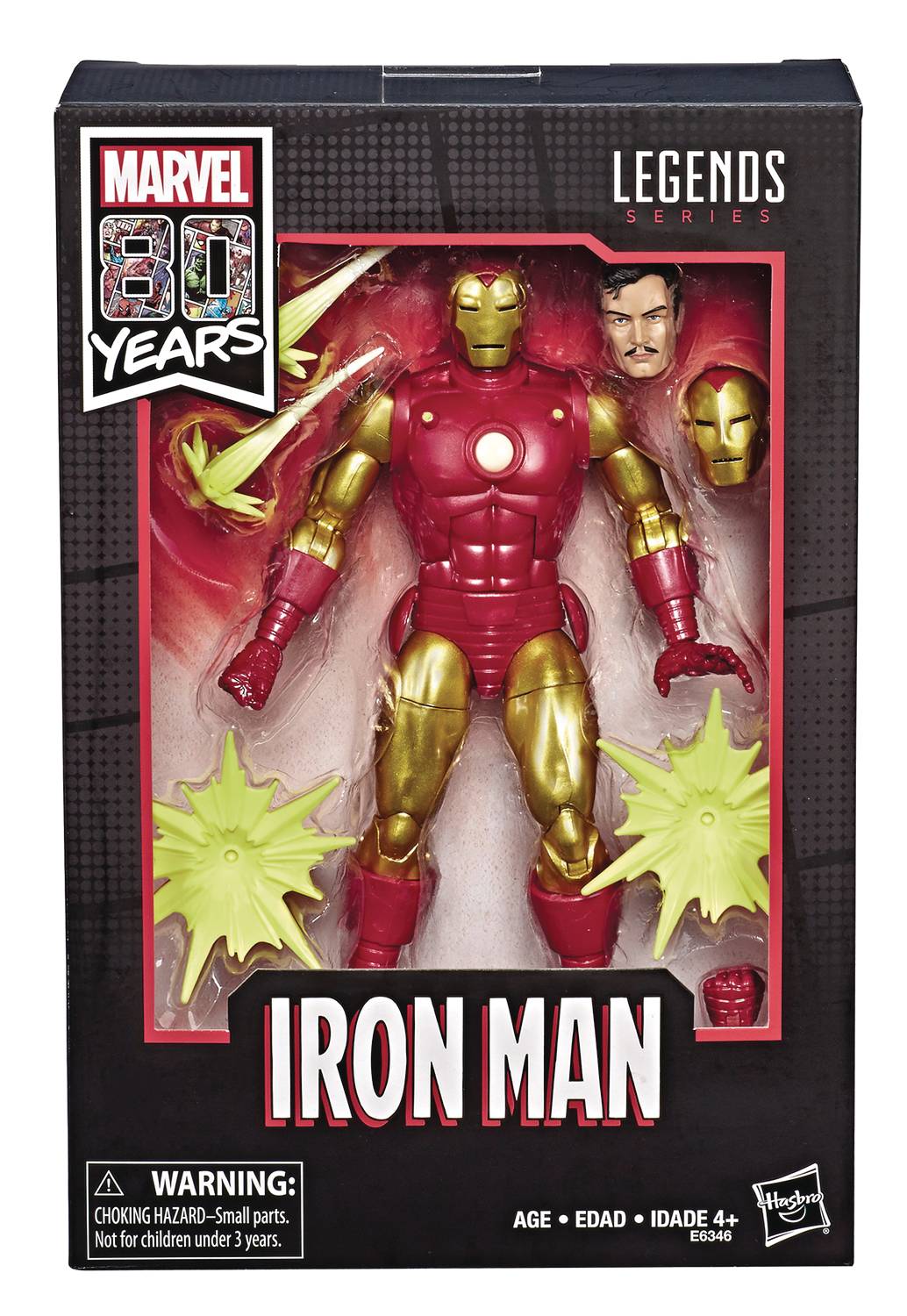 # #
JUN198657
From Hasbro Toy Group. Celebrate the 80th anniversary of Marvel Comics with this Iron Man 6-inch-scale action figure from the Marvel Legends series. This Iron Man figure comes with 2 alternate hands, allowing fans to create dynamic poses and imagine the Super Heroes battling one another or teaming up to defeat a common enemy! This highly articulated Marvel Legends series figure features intricate character detailing, making it excellent for both play and display.