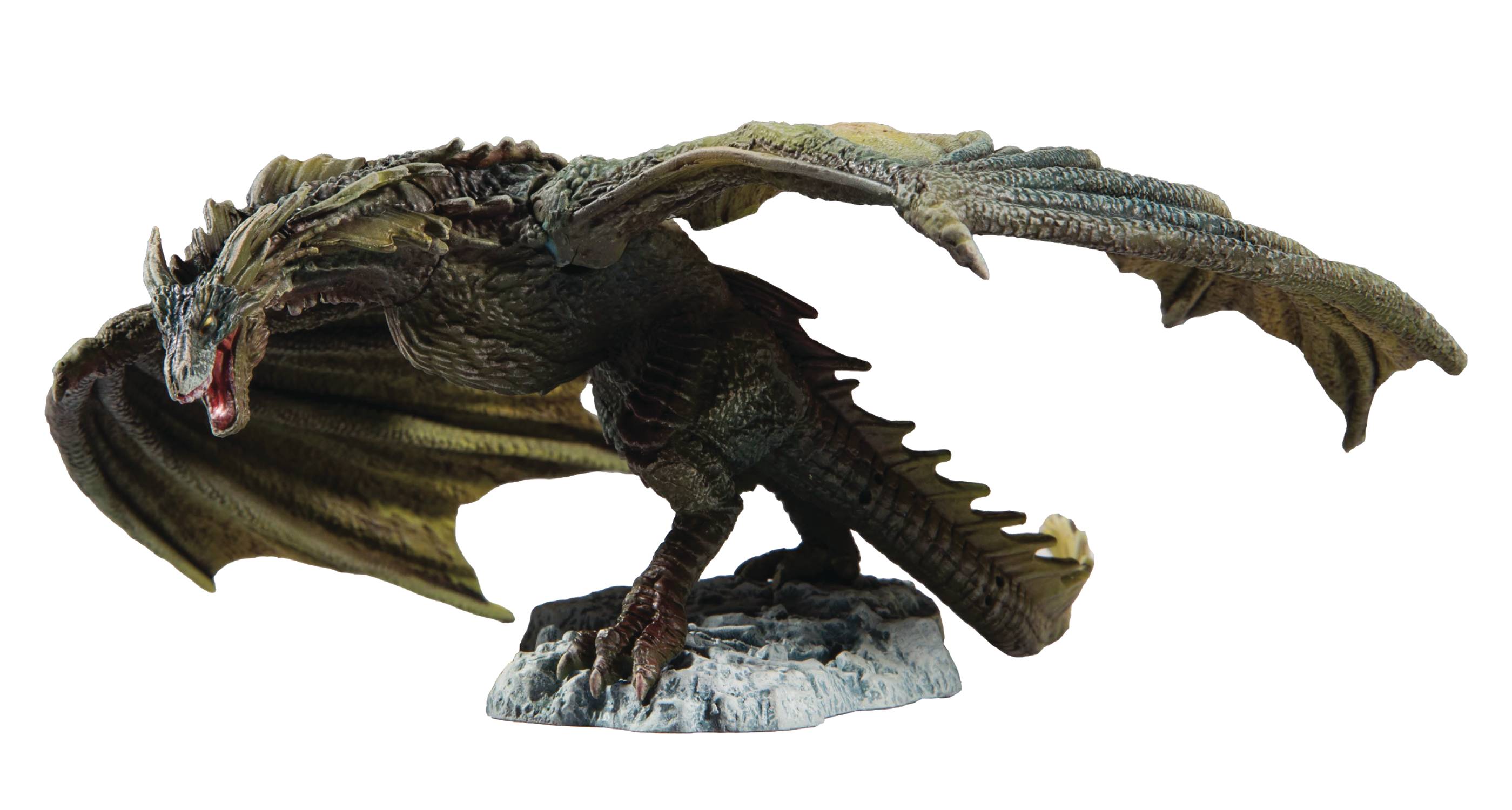 #
JUN198407
From TMP/McFarlane's Toys. Along with his brothers Viserion and Drogon, Rhaegal was raised since birth by Daenerys Targaryen, and was named after Daenerys' eldest brother Rhaegar. This incredibly detailed figure of Rhaegal as seen in HBOs critically acclaimed series Game of Thrones features a bendable tail with movable legs, wings, and neck allowing for customizable posing in a flying or standing position! Rhaegal's wings span 7.5" wide and features up and down movement and measures 6.5"H x 7.5"W x 9"D when fully displayed on elevated base. Figure is showcased in window box collector packaging.