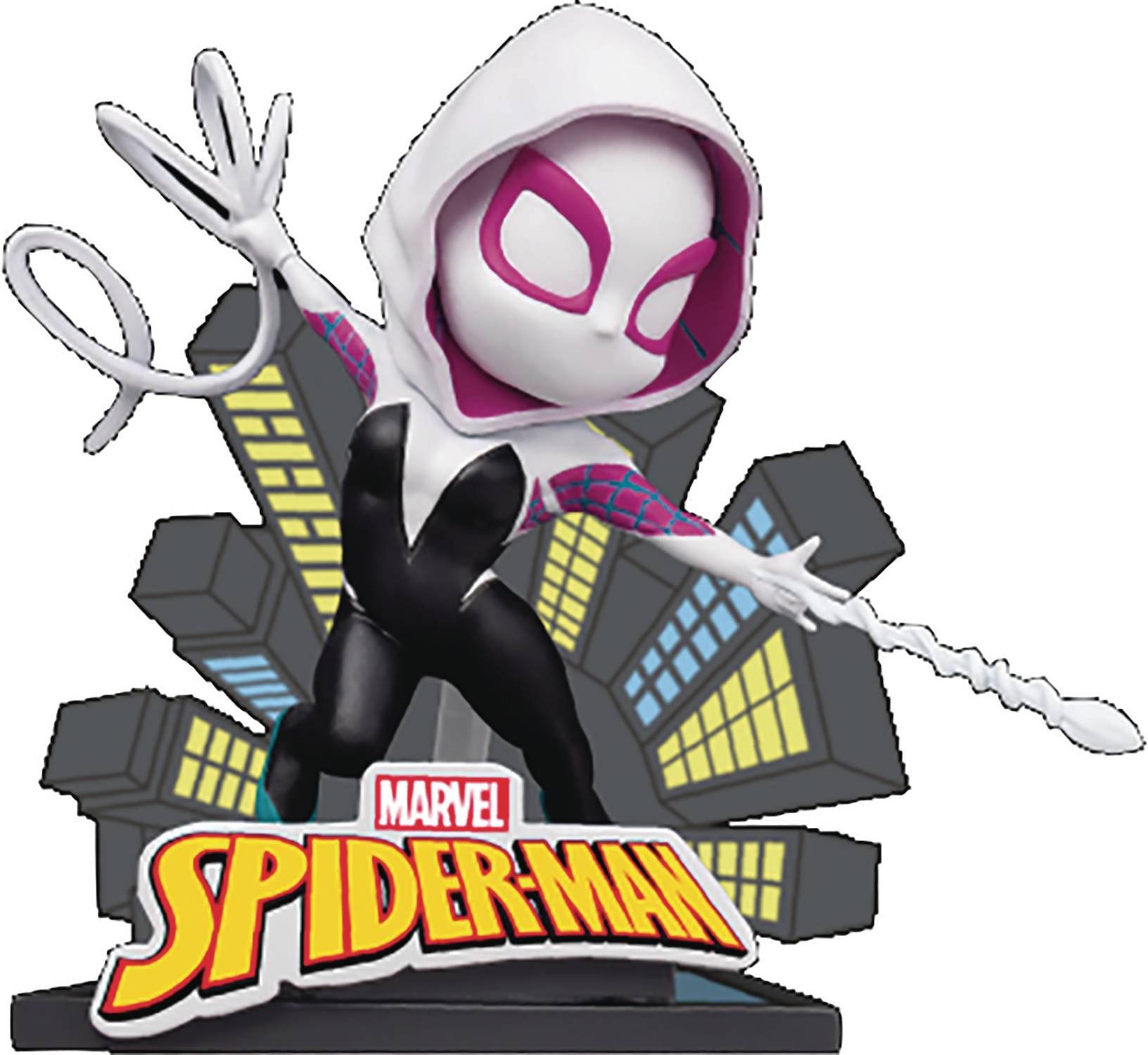 #
JUN198115
From Beast Kingdom. A PREVIEWS Exclusive! With summer officially in full-swing, why not take home some seriously fun swinging action from the new Marvel Comics: Spider-Man Mini Egg Attack series, brought to you exclusively by Beast Kingdom! Arguably the most well-known character in Marvel's Comic universe, the friendly neighborhood  Spider-Man is now joined with the multiverse's Spider-Gwen and Miles Morales, as well as the infamous anti-hero; Venom!Each character recreates their classic comic poses using three-dimensional recreations. Added extras to each piece such as colorful building backdrops, and bases with 3D logos creates the ultimate in comic collectability. Cute and small they may be, yet with delicate painting, each tabletop statuette is sure to be a head turner.
In Shops: Aug 12, 2020
SRP: $12.99