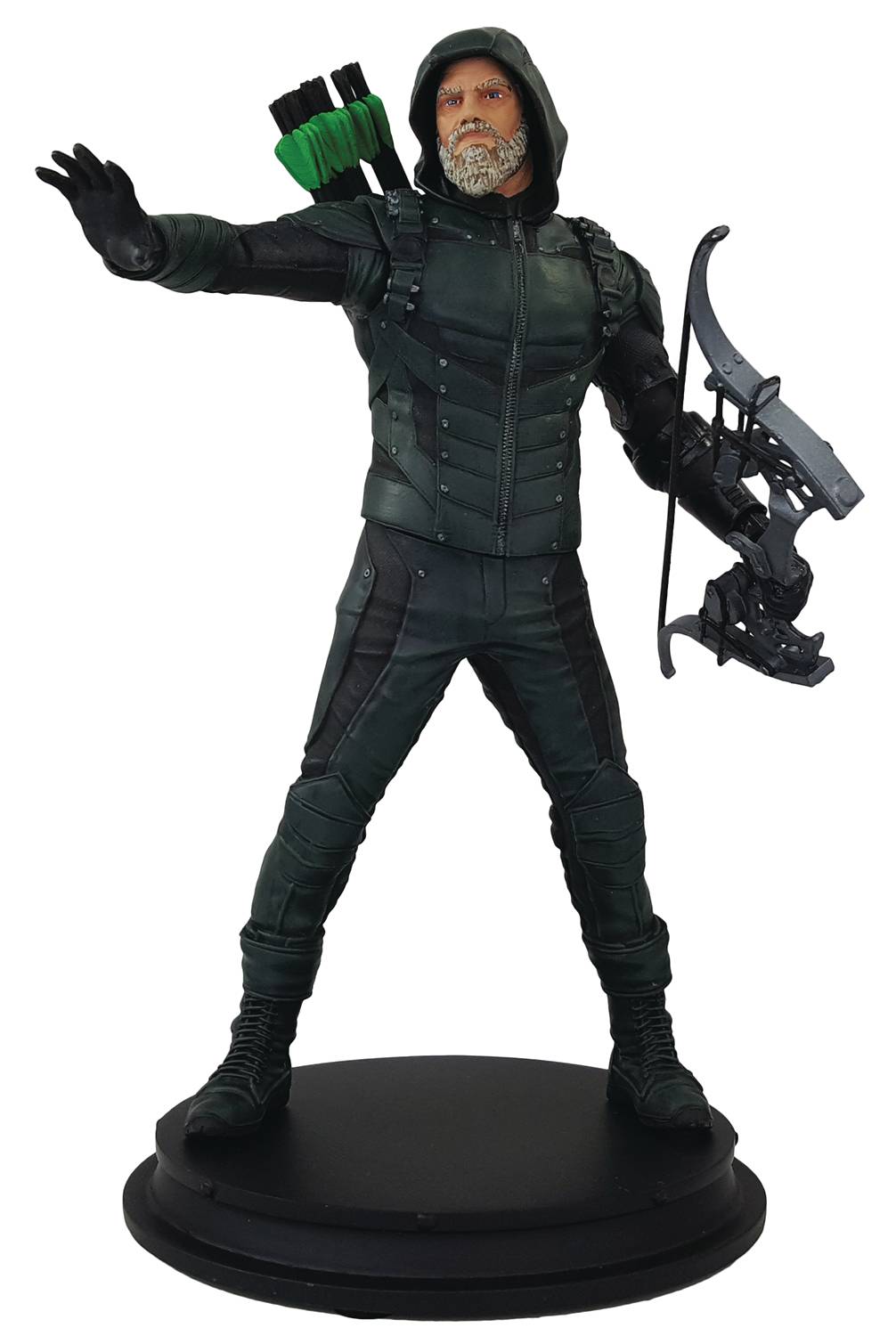 #
JUN198032
From Icon Heroes. From the hit show Legends of Tomorrow comes the Green Arrow as he appears in Season One, Episode Six Star City 2046. The Legends' Waverider crashes into Star City in the year 2046, where the city has been taken over by criminals, and Oliver Queen aka The Green Arrow has gone into hiding. Standing approximately 8 inches tall, each statue is hand painted, individually numbered, and includes a Certificate of Authenticity. As a bonus, each statue includes an alternate head to display with or without the hood!