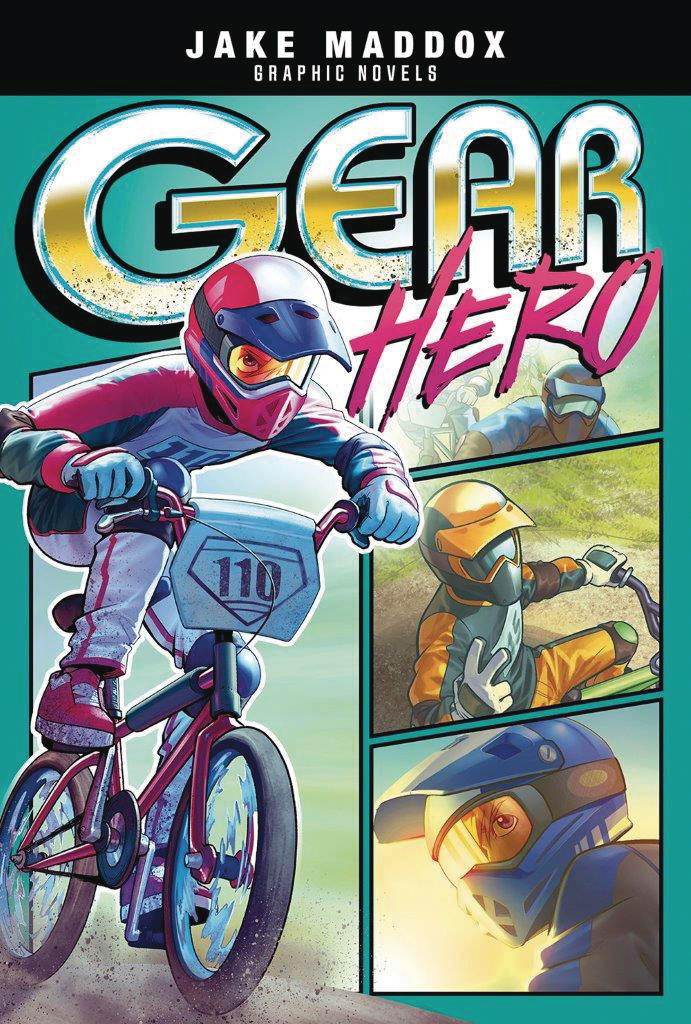 JUN191930
(W) Jake Maddox (A) Eduardo Garcia
Nelson Greenwood loves BMX racing, almost as much as he loves to draw superheroes. The hero of his own comic book, Major Speed, isn't afraid of anything, much like Nelson's twin brother Nick. Nelson looks up to Nick and his mad BMX skills. But when a rough crash keeps Nick out of the BMX-Treme Competition, he suggests that Nelson take his place. However, Nelson doesn't think he has what it takes to compete against the best racers in the city - especially Nick's nemesis, Cain Otto. Can Nelson shift gears and muster the courage and strength of Major Speed to compete in the race? Combining a high-stakes sports story with a dynamic full-color comic format, this graphic novel is sure to be a win for young athletes and struggling readers alike.
In Shops: Aug 07, 2019
SRP: $6.95