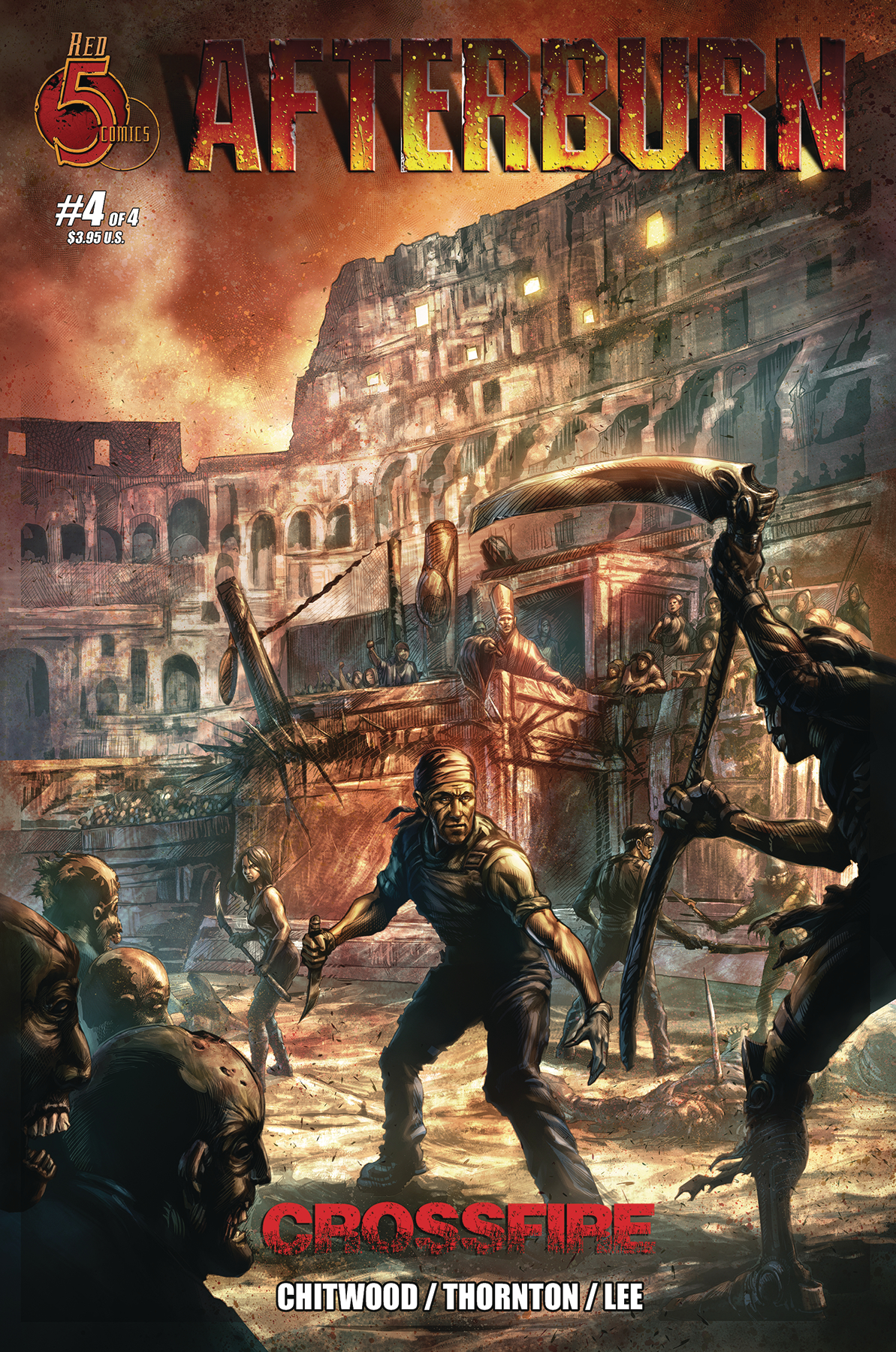 JUN191894
(W) Scott Chitwood (A) Rod Thornton
Featured on Free Comic Book Day, Afterburn returns ahead of its big screen debut! Captured by the newly formed mutant army, Jake and his rival treasure hunters find themselves imprisoned in Rome. With no hope of escape, they are forced to do battle in the ruins of the Coliseum as a warning to the rest of the world.  Who will survive their fight to the death in the thrilling conclusion to the series?
In Shops: Aug 07, 2019
SRP: $3.95
View All Items In This Series