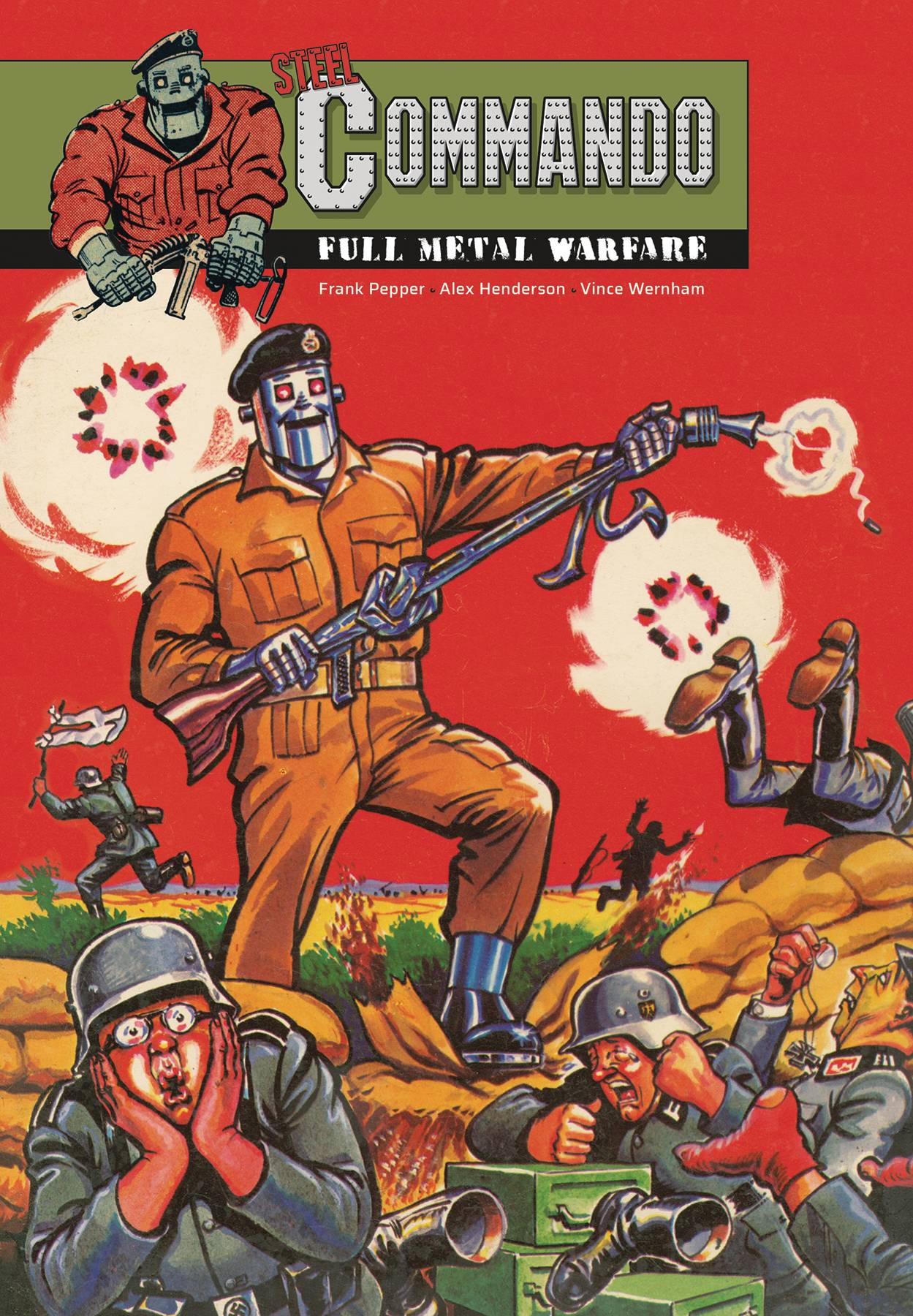 #
JUN191892
(W) Frank Pepper (A) Alex Henderson, Vince Wernham
Developed by British scientists in WW2, the Steel Commando was created to become a thorn in the side of the Axis powers. Due to a programming glitch, however, he would only take orders from Ernie Bates, an individual widely regarded as being the laziest soldier in the British army! A lost classic of comics, remastered and reprinted for the first time ever.
In Shops: Sep 04, 2019
SRP: $9.99