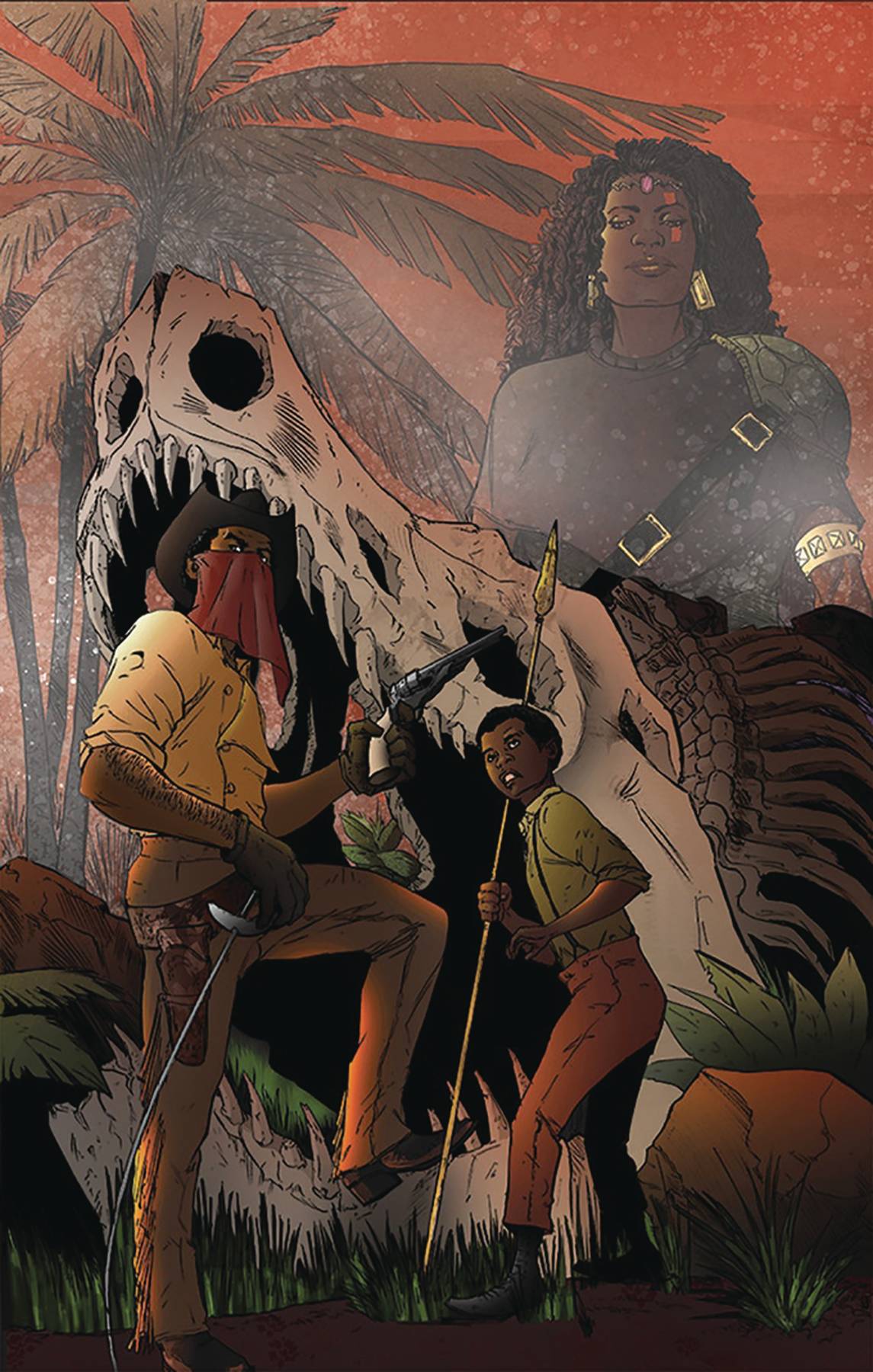 #
JUN191794
(W) Keith Lansdale (A) Jok (CA) N. Steven Harris
Keith Lansdale unleashes his imagination on the historical and somewhat steampunk world his father Joe R. Lansdale and the late Sam Glanzman created back in 1999. Caleb Range (aka, The Red Mask), and his young companion Turon, find themselves under the surface of the earth, in a place that seems lost in time. They are quickly confronted by a group of steampunk pirates in hot pursuit of a strange fellow who can only speak one name over and over again... Seetoc!  Oh, and did we mention there are dinosaurs, lots and lots of dinosaurs!
In Shops: Aug 28, 2019
SRP: $5.99
View All Items In This Series