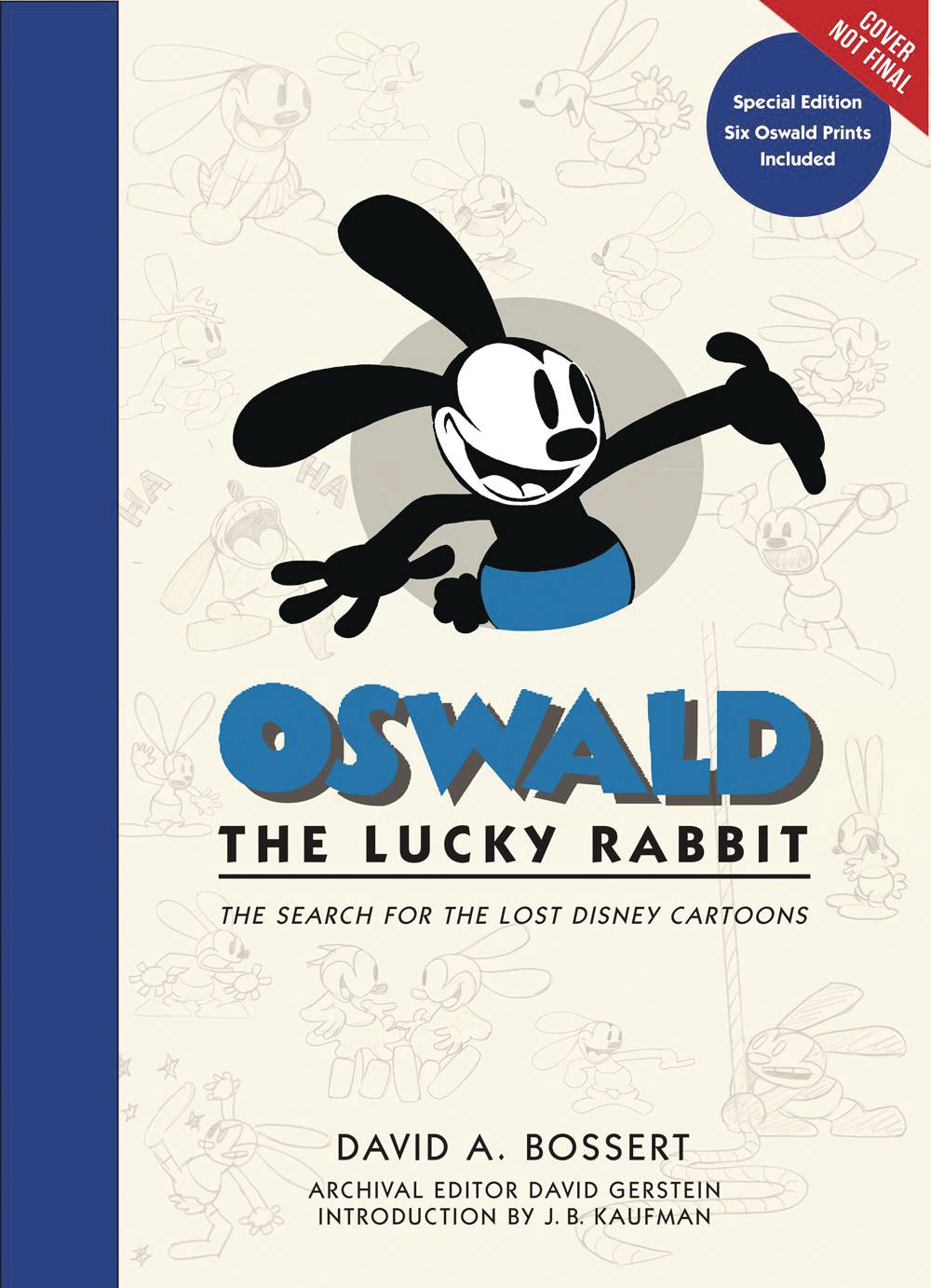 #
JUN191669
(W) David A. Bossert
Oswald the Lucky Rabbit was created in 1927 by Walt Disney and his team through twenty-six cartoon shorts. At the end of that initial run, Walt lost the contract to Oswald, which prompted the creation of Mickey Mouse. Over the years, Oswald became a footnote in the Disney story, until 2006 when The Walt Disney Company recovered rights to Walt's twenty-six shorts. For anyone interested in Disney origins, fascinated by early cinema, or entertained by a feisty little rabbit, this engaging and accessible volume delivers an in-depth look at Walt's first major animated success and the journey to reclaim the lost Disney films. This volume features updates on newly discovered film prints and a foreword by Disney CEO, Bob Iger.
In Shops: Aug 28, 2019
SRP: $80.00