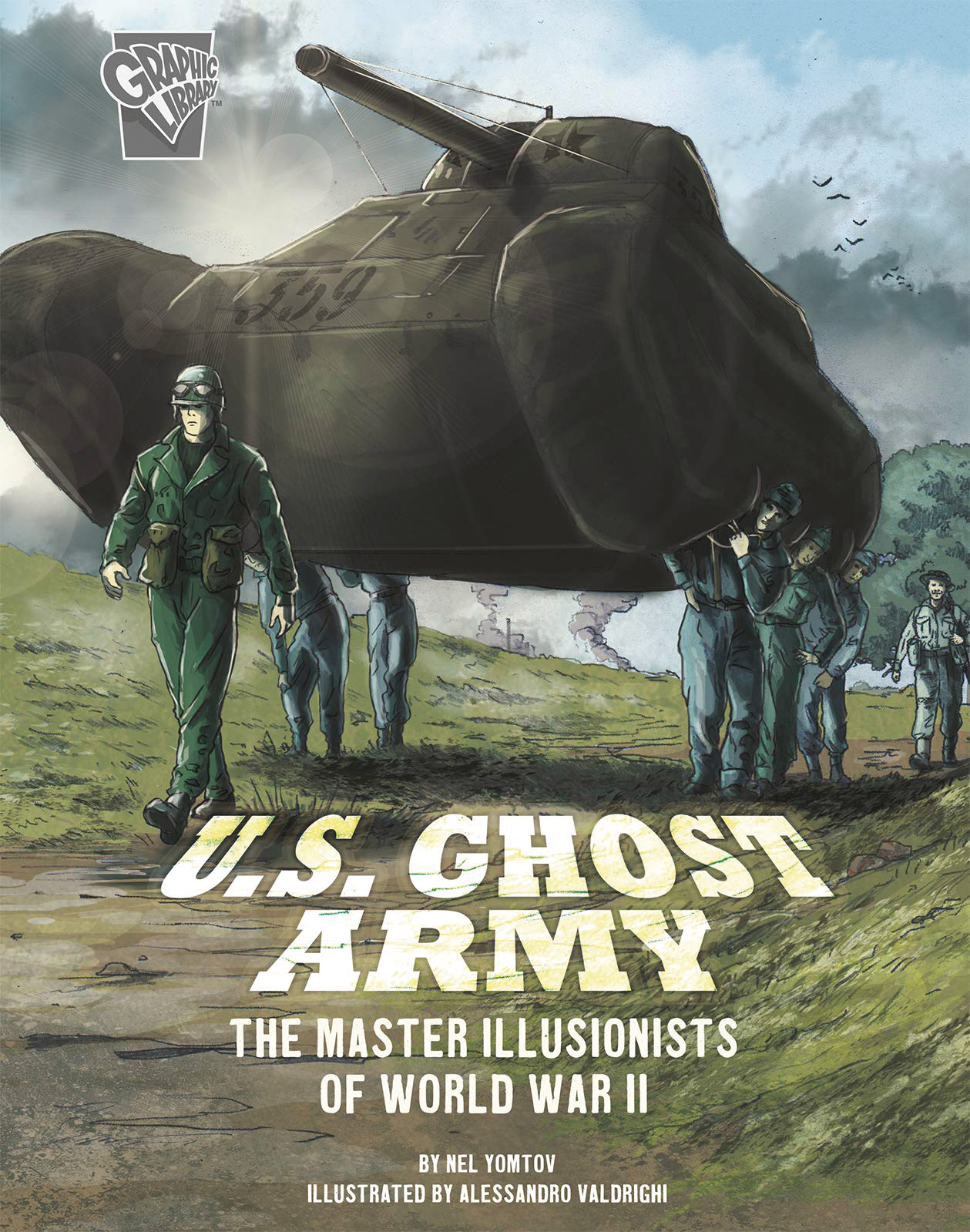 JUN191646
(W) Nel Yomtov (A) Alessandro Valdrighi
When you need to mislead the enemy, who are you going to call? The Ghost Army of course! During World War II this top secret group of artists and special effects experts worked to deceive German forces on the front lines. Using fake combat vehicles and artillery, dummies dressed as soldiers, and broadcasting the sounds of troops and equipment, the Ghost Army often tricked the Germans into believing U.S. forces were about to attack in one place while the real troops moved against another target. Learn all about these master illustionists' efforts to trick the Nazis and help win the war.
In Shops: Aug 07, 2019
SRP: $7.95
View All Items In This Series